Notes of the participant in the events: six years ago Donbass went its own way 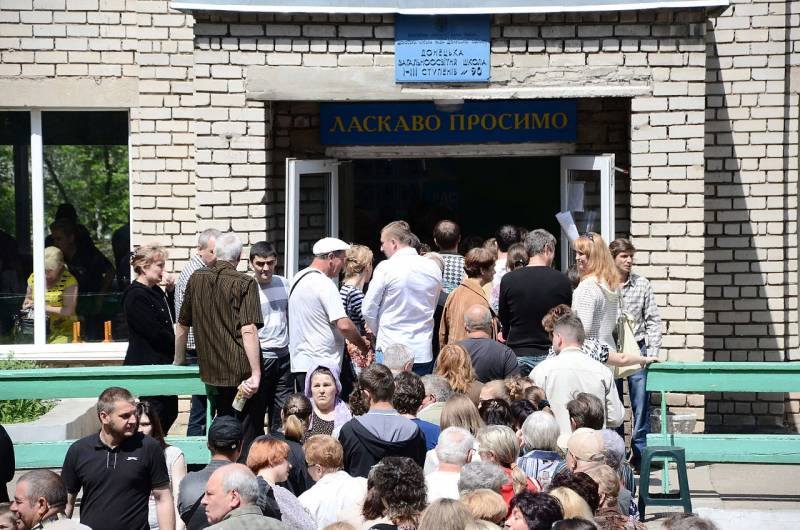 The head of the DPR Denis Pushilin addressed citizens today, congratulating them on Republic Day and recalling the referendum that took place exactly six years ago, on May 11, 2014. Then it was necessary to answer the only question: “Do you support the act of state independence of the Donetsk People’s Republic?”


Despite threats from Kiev and a relatively small number of polling stations, 75 percent of the region’s residents took part in the vote, some of which are now in territory controlled by the Ukrainian authorities.

At the vote, 90 percent of the participants voted for independence from the Kiev authorities.

Of course, somewhere the results were slightly different. For example, in the Proletarsky district of Donetsk, only 0,9 percent of voters voted against independence.

I also happened to participate in this referendum. Therefore, I am writing these “notes” as a participant in those events.

The polling station was in a dental clinic, which occupied the entire first floor of a six-entrance building. None of the elections that I found in Donetsk, so many people came to this referendum. The line for the ballots did not have enough space inside, so the tail stretched far to the street, from the middle of the high-rise building to the very corner of the house.

And the thing is not only that the plots were half the size of the usual. It’s just that people themselves believed that they should express their opinion on the future fate of Donbass. They did not want to stay in the country that Ukraine became after the Maidan. 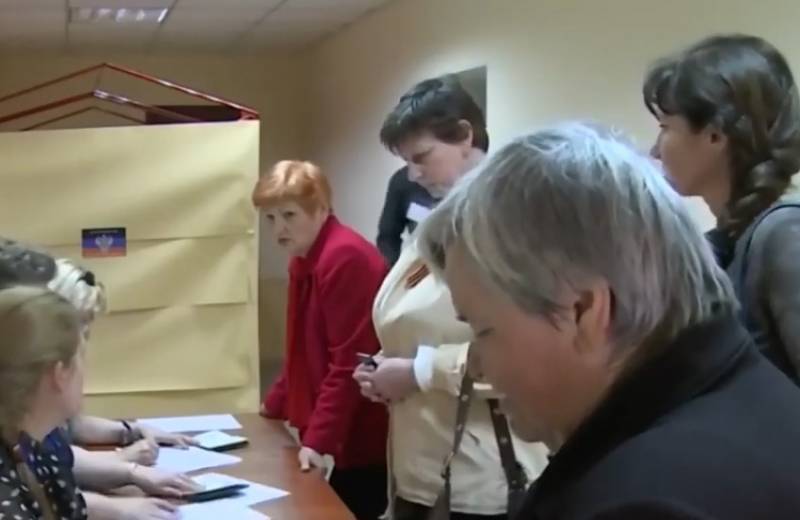 If the leadership of the Donetsk People’s Republic decides to postpone the date of the referendum, we will have to agree with this, but the presidential (Ukrainian) elections in Donetsk will certainly not be held.

Subsequently, the leadership of the DPR decided not to postpone the referendum, because the military aggression of Ukraine against the Donbass had already begun, and the status of the republic had not yet been determined.

Roughly the same thing happened in the Lugansk People's Republic. Here, the turnout at the referendum was 81 percent. Of the total number of voters, more than 96 percent supported state sovereignty.

The next day, both young Republics declared their independence. Since then, in the DPR, the day of the referendum on May 11 began to be celebrated as Republic Day. In the Luhansk People's Republic, May 12 became a public holiday.

Naturally, in Kiev, the results of referenda in the DPR and LPR were declared illegitimate. In Russia, too, they were in no hurry to officially recognize the republics, although the presidential press service made the following statement:

Moscow respects the will of the population of Donetsk and Lugansk regions and proceeds from the fact that the practical implementation of the results of the referenda will proceed in a civilized way, without any recurrence of violence, through dialogue between representatives of Kiev, Donetsk and Lugansk.
Now public entities that emerged in 2014 have to weapons in the hands to defend their right to exist, as the head of the DPR Denis Pushilin mentioned in today's speech:

The illegal power of the “Maidan” Ukraine needed a war on our land, we had to defend our choice, and we still do it.

We are in Yandex Zen
Weekly summary (30 January-5 February) on the military and social situation in the DPR from the military officer "Mag"
Reports from the militia of New Russia for 13-14 September 2014 of the year
94 comments
Information
Dear reader, to leave comments on the publication, you must to register.