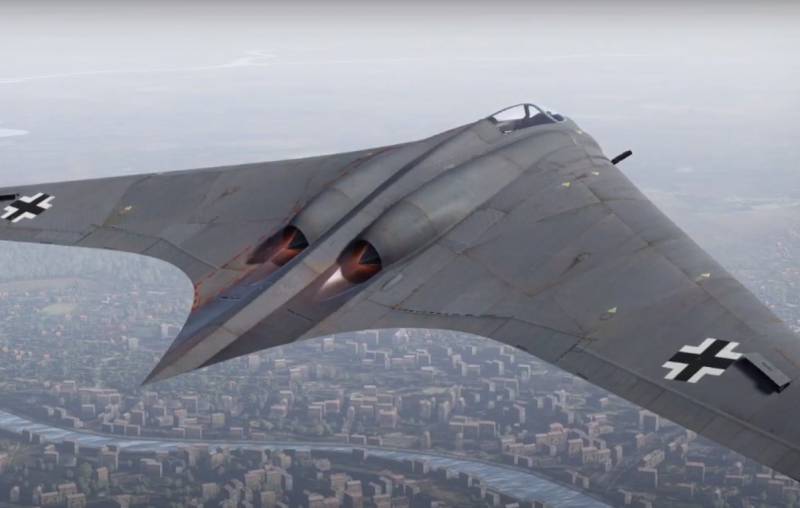 At the height of World War II, Germany decided to implement the concept of a flying wing on a jet thrust. This project was called "Hitler's fighter" and was conceived long before stealth technologies were mastered by the world aviation.


One of the main problems faced by German aviation at the beginning of World War II was the remoteness of the areas that had to be bombed from the main air bases of the Third Reich. After all, it was not only the front-line cities of the enemy that were to bomb, but, say, the industrial centers of the Soviet Union or the cities of Great Britain. This problem made the German command and aircraft designers think about maximizing the speed and range of the Luftwaffe fighters. Of course, they thought about increasing stealth, but still the first two characteristics were decisive at that time.

The development of the so-called Hitler fighter decided to analyze in the magazine The National Interest.

The Flying Wing of the Horten Brothers

The brothers Walter and Reimar Horten began their research in the aircraft industry before they entered the Luftwaffe in 1936. Back in 1931, they designed the first No-I glider, trying to embody in it their view of the ideal shape of the aircraft - the concept of a flying wing. Interestingly, if Walter Horten was a professional pilot, then his brother Reimar did not have a formal aviation education, but was a talented designer and aircraft designer.

In 1943, German Goering, who led the entire Third Reich aviation, announced the 3X1000 task: Germany should acquire an aircraft capable of flying at a speed of 1000 km / h, transporting 1000 kilograms of bombs and have enough fuel to fly 1000 kilometers and back. Only such an aircraft, according to Goering, would be able to hit any targets in the British Isles, having had time to complete its tasks before the British aviation could lift the fighter into the air to intercept it. 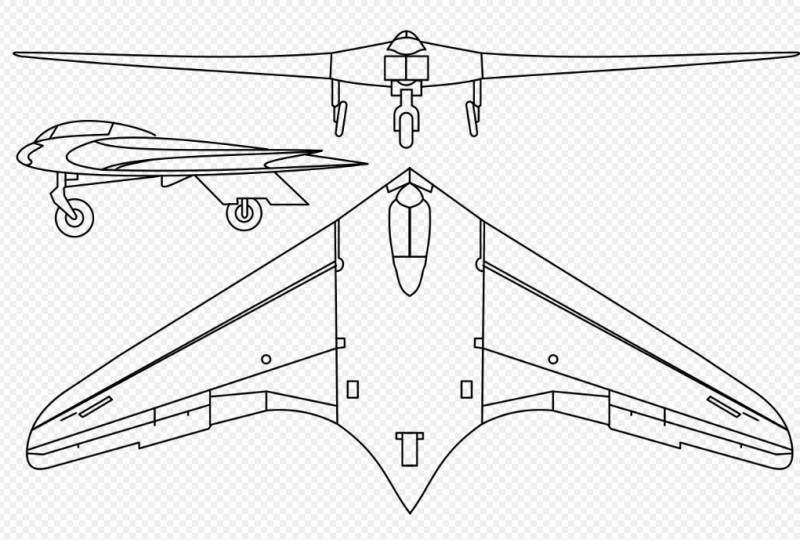 However, the implementation of the Reichsmarschall plan required the production of new turbojet engines, but the fuel burned very quickly in them, making it impossible to fly into more distant targets. Then the Horten brothers proposed their concept of a “flying wing” - an aircraft without a tail, requiring less engine power and consuming less fuel.

By the way, as the author writes in NI, the design of the "flying wing" was not an absolute innovation: it was used before in gliders and airplanes. In the United States, for example, Northrop presented its project of a highly efficient flying wing bomber during World War II, but it never entered mass production. But the realization of the concept of a flying wing on a jet thrust was an innovation of German designers.

From project to prototype

Having considered the Horten brothers' project, the Luftwaffe command in August 1943 gave the green light to continue research in this direction. After that, the brothers built a No-IX-V1 glider without an engine with long wings made of plywood. In the spring of 1944, his successful tests were carried out. Goering, whose mind was seized by the idea to implement the projects of the Horten brothers, provided the project with comprehensive support.

Soon, work began on a second aircraft, and due to delays in the creation of the BMW-003 turbojet engines, it was decided to install Jumo-004 on it. In the early summer of 1944, the Reichsministery of Aviation signed a contract for the manufacture of 7 experimental and 20 pre-production aircraft of this design.

February 2, 1945 was the first test flight of a new aircraft. The machine showed good results and even won in a training aerial battle Me 262 fighter jet equipped with the same Jumo 004 engines. Hermann Goering approved the production of 40 aircraft with a flying wing, which received the designation Ho 229 or Go 229. On March 12, 1945, the Reichswine Ministry of Aviation held special meeting. Goering included Go 229 in the urgent program, but failed to complete work on the aircraft and put it into mass production. 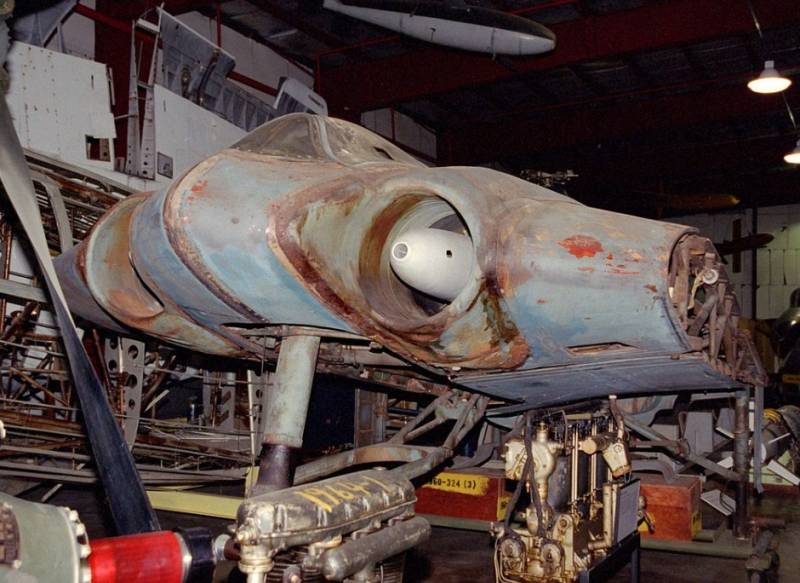 On April 14, 1945, parts of the 8th Corps of the 3rd US Army broke into the city of Friedrichrod in Thuringia, where the factory was located, where the production of new aircraft was supposed to be arranged. The US military found only parts of prototype aircraft. The single most comprehensive prototype aircraft was flown to the United States. Today, it is located at the Udvar-Hazy Center for the United States Air and Space Museum in Chantilly, Virginia.

German aircraft that could become formidable weapons The Third Reich in the struggle against the USSR, the USA and Great Britain did not manage to enter mass production. However, according to experts, he was not ready to start production: the designers did not have time to complete the process of its development. By the spring of 1945, the Luftwaffe had only a "raw" project, which needed further development.

Ctrl Enter
Noticed a mistake Highlight text and press. Ctrl + Enter
We are
Reports from the militia of New Russia for 27-28 September 2014 of the yearYuri Drozdov: Russia prepared the role of the sacrificial calf
98 comments
Information
Dear reader, to leave comments on the publication, you must to register.