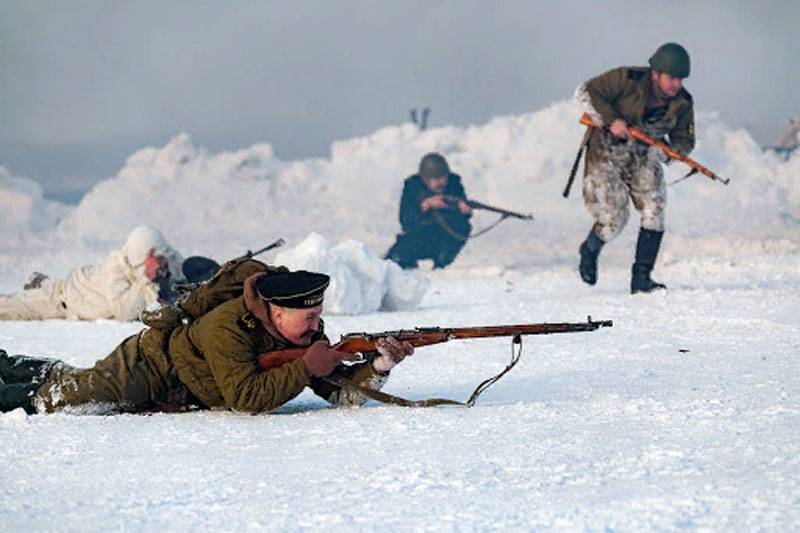 The Victory Day, which we celebrated in an environment close to military, not only showed the strength of our spirit, but also revealed many problems in Russian society. Our inaction in the fight against those who muddy the feat of our people during the Great Patriotic War, our condescending attitude to the external and internal enemies of Russia, our calm when it was necessary not to listen to the enemy, but simply to beat, bore fruit.

I don’t want to write about what they talked about, what they talked about, what the liberals convinced us of at all sites. Enough of such materials from other authors. And the uselessness of verbal skirmishes with enemies I know. Why does our power not protect our history, our honor, the honor of our grandfathers, who broke the ridge of the Nazis, I do not understand. Laws have been adopted, but we are “embarrassed” to apply them. As if not to offend the West.

Kind of weird. Grandfathers were not afraid to offend this very West. Not afraid to spit in the face of the enemy. For some reason, the “Russian bears” in the descendants have “ostriches”. Where is our reaction to the demolition of the Konev monument? Where is our reaction to the installation of the T-34 in a Nazi helmet. The Soviet heroic tank was covered with a German helmet and ...

Where is the reaction to the dastardly statement of the American president? Knees bend in Russia? Is your own belly more important than the memory of grandfathers? If so, then it is understandable why we pay some well-known garbage radio stations from public funds. It is clear why there is a well-known "center" - a nursery of "modern history".

Why on central television channels we see “many years of struggle between patriots and liberals” almost daily. Moreover, that the patriots, that the liberals, are so tired of people that all these disputes about anything no longer look like disputes, but some kind of shameful performance. One plot, one actors, one ending ...

The infantry is victorious on its own bayonets

Probably, many of the readers came across in communication with people who seem to be saying the right thing, but in essence, they are eager for the defeat of Russia, they are eager for the time to come when we stop engaging in foreign policy, we will become obedient to the collective West, which will give us everything best that has.

I came across one of these points of view yesterday. I admit, I violated the regime of self-isolation on Victory Day. Could not break. In memory of grandfathers could not. The truth was not at the central memorial, but at the mass grave of war soldiers who died in hospitals. I do not like noise during the holidays. And I consider graves more important than temples and memorial complexes.

Later, when I was sitting in a grove, I was thinking about something, a complete stranger sat down next to me. Probably also was at the grave. Word for word and we talked about modernity. Not about the victorious war, but about the conflicts in which our soldiers and officers are participating today.

Pretty quickly it became clear that the interlocutor draws notions of the modern army and those conflicts where the Russian military were, from Internet sites of a certain orientation. Moreover, in his mind, education and the ability to draw conclusions, he clearly will not refuse. It turned out to be a teacher at one of our universities.

It does not make sense to describe the whole conversation, but I will voice the main idea of ​​the interlocutor. Why should Russian soldiers die in other people's wars? Why do ours die in Syria? Why are they dying? And most importantly, why the Russians take the enemy’s position, and the glory for the victory belongs to a local kind of army.

We must pay tribute to the interlocutor, the understanding that it is impossible to win any war without infantry, without a soldier who will occupy the enemy’s position. A simple infantryman, often unknown, not awarded, who did not accomplish high-profile feats, bears victory on his bayonet. Someone from the war veterans has long said a very accurate phrase on this subject. "Victory is where the infantry Vanya reached."

All the rest, armed and equipped with the most advanced means of war, are just assistants of this very "Vanya". You can destroy a fortified area with airstrikes, you can erase enemy positions into powder with artillery, you can capture a settlement behind enemy lines by landing forces. But until the arrival of motorized riflemen there, this is just the success of the operation.

We must protect Russian soldiers

It is difficult to disagree with the fact that a soldier, his soldier, must be protected. By the way, it is this simple truth that is used today by liberals to denigrate our Soviet generals and marshals.

The Russian "truth-seekers" from the opposition speak of the "bloody" Zhukov and other marshals. Ukrainian - about General Vatutin, who "flooded the Dnieper with the corpses of Ukrainians" during the liberation of Kiev. Western "experts" are actively discussing the capture of Berlin. By the way, no one even tries to analyze the combat losses of the opponents.

Arithmetic is an exact science. From which side do not come, and twice two is always four. If we take the combat losses of the USSR and Germany, then even in this version they are comparable. But there were also allies of the Germans. It was 1945, when Germany did not keep records of the dead ...

And so, my interlocutor says about the same about modern generals who perform and have performed combat missions already in our time. Not about Zhukov, Konev, Rokossovsky, Malinovsky and other heroes of the Great Patriotic War. And about those who fought in Chechnya, Syria, and other "hot spots".

On the one hand, such a comparison with the military geniuses of the past is flattering. But on the other hand, there is no logic. MTR servicemen die? .. Yes, it happens. But that is why it is intelligence, to be where objective information is needed for our General Staff.

Are the pilots killed? .. Yes, they are fulfilling the assigned combat mission, and not playing with toys. Nobody hides this. These officers perform a combat mission precisely as servicemen of the Russian Armed Forces. The same applies to the Russian military police.

And now back to where I started this material. To that same infantryman, on whose bayonet victory is won. That same soldier, whom everyone helps. Tankers, pilots, gunners, scouts, sailors. signalmen, sappers and many specialists from other military professions.

And it is here that what the enemies do not talk about comes up. Russian motorized riflemen do not take part in battles. There are advisers, there are translators, there is someone else, but our army's motorized rifle units are not there! That is the answer to the question why the Syrian units celebrate the victory.

Why talk about it. Instead of a conclusion

Probably no one will argue that the situation in the world is rapidly deteriorating. Moreover, already without any efforts on the part of governments and country leaders. Everything collapses. From economic ties and political ambitions to the psyche of people. Self-isolation does its job.

And the talk about how bad it is with us, what mediocre commanders we have, how brutally treat people and stuff, is akin to the very same enemy passes that the Nazis scattered over our trenches and which some of our soldiers believed. A thousand pieces of paper, due to which only one fighter will leave the position, this is the victory of the enemy. Even a million pieces of paper per fighter in such a situation would be a victory. This must be remembered ...

Ctrl Enter
Noticed a mistake Highlight text and press. Ctrl + Enter
We are
A great interview with Sergey Lavrov: about Ukraine, Obama and IranAbout Stalin and Khrushchev
118 comments
Information
Dear reader, to leave comments on the publication, you must to register.