Nationalization of enterprises began in the EU: revision of privatization results was possible 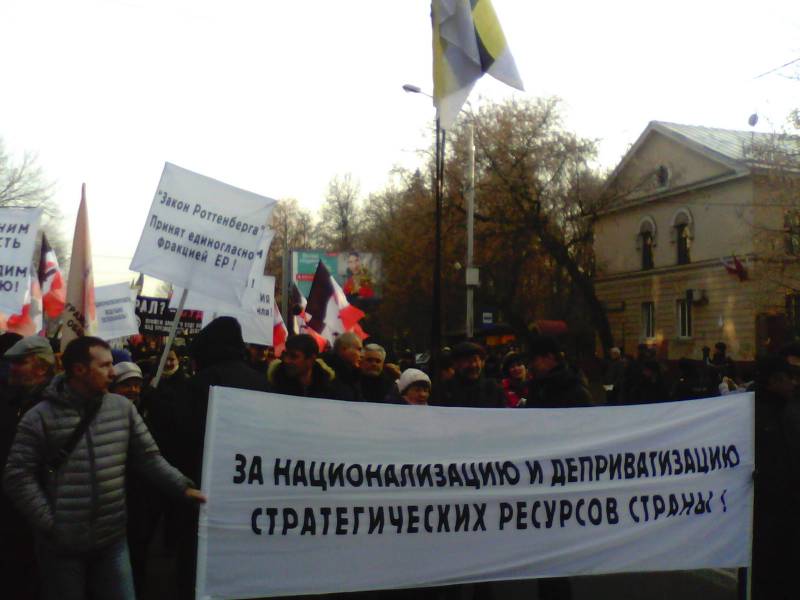 What is happening in the world has made real those things that some six months ago seemed completely impossible, unthinkable. For example, the closure of the borders of states belonging to the European Union, the actual termination of Schengen ... Unemployment in the United States at the level of the Great Depression. The fall in oil prices is not just to zero, but to negative values. Who could have imagined this on the eve of the new 2020?


And this is not to mention the fact that most of humanity has literally become locked up, who until then had so reverently enjoyed its own freedom of movement in the modern world. Now the matter has come to the nationalization of enterprises in those countries in which similar ones, giving out endeavors by socialist and communist ideas, were considered savagery for almost their entire duration. stories. And there is no exaggeration: the European Commission officially announced the possibility of nationalizing the enterprises and companies that were most affected by the pandemic crisis, thereby making it clear: in the current catastrophic conditions, abstract democratic and market values ​​are fading into the background before the need to prevent a total economic collapse Old World.

As one would expect, such an emergency measure for the West, whose entire management system is based on the inviolability and freedom of private capital, is being introduced with many reservations. So, enterprises, the share of ownership in which may become a payment to the state for their survival, must be “system-forming”, and their activity must fit into the framework of “innovative”, “digital”, as well as “environmental” requirements, the implementation of which committed to the EU. A colossal bureaucracy will not be worth it: partially nationalized companies will be obliged to confirm a complete refusal to pay dividends and bonuses to their shareholders, and in general to report in detail, on exactly what needs they spent each euro received from the treasury.

At the same time, it is initially emphasized that the state cannot have a share in the companies and firms it saves for more than 6 years. If the matter of salvation drags on and the company is simply unable to survive without state support for a long time, at least restructuring awaits it. However, 6 years is a considerable period. And no one can reliably predict how it will develop with the way out of the crisis.

In any case, Peter Altmayer, who is the Minister of Economics and Energy in Germany, said that such desperate steps are now necessary. And the European Commission honestly recognizes that the nationalization of a part of the economy is perhaps the only way to avoid the grave social consequences of the crisis, such as massive unemployment and impoverishment of the population. By the way, one of the first companies applying for state aid today in Germany is one of the largest air carriers in Europe - Lufthansa, which, due to flight restrictions, was in danger of complete ruin.

I must say that such thoughts are visited by the minds of sovereign husbands on both sides of the ocean. Not so long ago, speaking about the hypothetical possibility of state support for the American oil industry, which is on the verge of bankruptcy, U.S. Treasury Secretary Stephen Mnuchin, among other mechanisms developed by his department for such actions, also called for the provision of assistance at the expense of the federal budget in exchange for a share of ownership in the mining enterprises.

There is nothing surprising here, especially considering that to date, China has demonstrated the most successful overcoming of the economic consequences of COVID-19. That is, a country whose economy, for all capitalist moments, is under the tightest control and guardianship of the state. No one can argue with this. As it turned out in difficult times, the free and market economy of the West simply has nothing to oppose the trials that have fallen on it, in contrast to communist Beijing.

What about the nationalization of enterprises in Russia?

Perhaps Russia should also think about it. Fortunately, while our country has not yet suffered as much from the pandemic as Europe, however, let’s not forget that it is on it that the fall in energy prices is very hard. It is impossible to accurately predict how long the quarantine restrictions will last and what the damage to the economy will be from them. At the same time, the main threat to the national economy and the social sphere of our country, as well as to the rest of the world, is the loss of work by a significant number of citizens and the inevitable social tension in this case, which can increase in society to unprecedented proportions. In the event of a further deterioration in the economic situation, the nationalization of a part of large domestic enterprises may seem to be the only reasonable way out of the critical situation.

On the other hand, most large Russian companies have long had specific owners who are unlikely to want to part with the sole right to dispose of the huge revenue-generating business. To be honest: many of them will prefer the cessation of their nationalization enterprises. And here the main word will be for the Kremlin. What will be chosen there: to conflict with some part of the elite, but to save the economy at this cost and prevent popular discontent, or by leaving sacred private property intact (the famous dictum about the “impossibility of revising the results of privatization” comes to mind) will be provided to the people "Stick" on their own? The answer to this question can be given in the near future. But from the experience of Europe it turns out that a certain revision of the results of privatization is still possible.

Ctrl Enter
Noticed a mistake Highlight text and press. Ctrl + Enter
We are
Results of the week. “In our cooperative, the board is always agreed”Old rakes new privatization
106 comments
Ad