Protests swept across Germany: dozens of arrested and detained 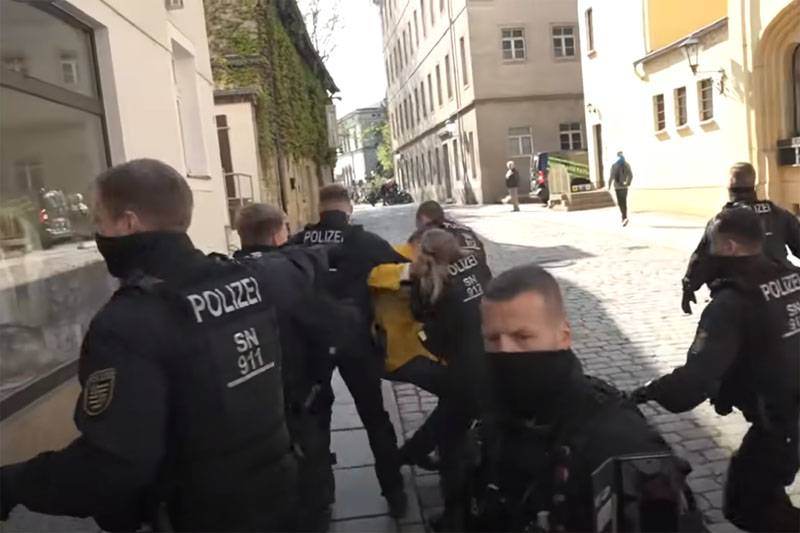 Yesterday and today, protests swept through the major cities of Germany. The largest number of protesters gathered in Berlin, Frankfurt, Stuttgart and Munich. What is the reason for the protest?


People have expressed their negative opinions about the many limitations associated with the coronavirus pandemic. The names of some actions in Germany are: "The country's fundamental law against the insanity of the coronavirus," "Against legal extremism," and "Refusal of freedom does not lead to security."

To disperse the protests, police squads were involved. About 30 people were arrested or detained yesterday in front of the German parliament. The reason for the detention was declared non-compliance with isolation measures during the epidemic, a violation of the orders of the federal government.

The protesters were detained in various federal states of Germany - almost throughout the country.

The German DPA information service called the protesters "adepts of conspiracy theories." It is noted that people consider restrictive measures not saving from the spread of the disease. Many protesters are convinced that the main task of the authorities is not to contain a pandemic, but to limit the rights and freedoms of citizens, to gain total control over every German citizen.

Protesters through loudspeakers announced that the number of people gathered for the protest rally exceeded 50 people (in each of the rallies). Police demanded to go home. However, the protesters did not do this, which led to the detentions.

The actions of the police provoked violent emotions from the protesters. At one point, the journalists from the ARD television channel, who were reporting on what was happening, got seriously.

Ctrl Enter
Noticed a mistake Highlight text and press. Ctrl + Enter
We are
The Pentagon closes its air base in Stuttgart, GermanyIn Libya, they continue to judge the captive "mercenaries" - Ukrainians, Russians and Belarusians, they do not admit guilt!
135 comments
Information
Dear reader, to leave comments on the publication, you must to register.