The Ministry of Defense conducted an early release of officers 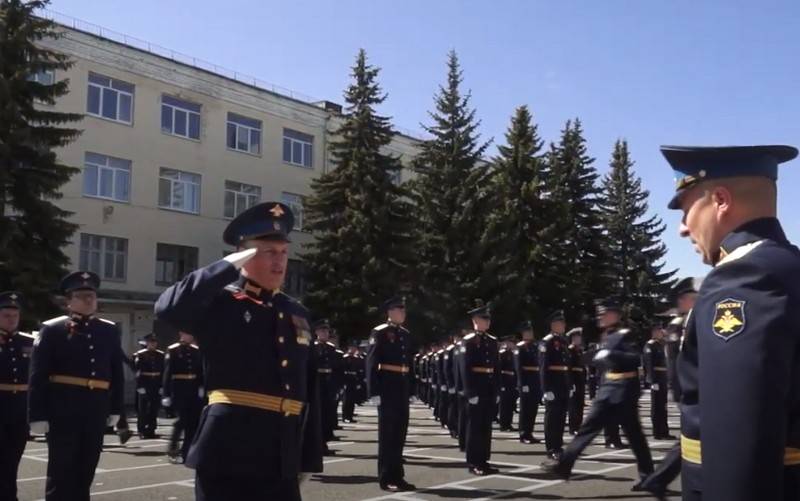 The Ministry of Defense conducted an early release of officers. May 9 graduation took place in 36 universities, more than 12 thousand young lieutenants received diplomas and will soon replenish the Russian army. This was reported by the press service of the military department.

Graduates of the Military Academy of the General Staff, specific academies, as well as about 12 thousand young lieutenants, will go to the places of further military service in accordance with the received specialty and level of training
- it is spoken in the message of the Ministry of Defense.

The military department noted that every fifth graduate graduated with honors, 420 officers received gold medals. Among the graduates are 260 female officers who have chosen military specialties.

It is emphasized that despite the early release, the young officers have fully mastered the training program and passed the state final certification.

The option with early release was previously provided by the military department due to the situation with the coronavirus. On April 27, Minister of Defense Sergei Shoigu at a board of the Ministry of Defense announced the early completion of the school year in higher and pre-university educational institutions of the Ministry of Defense. It was reported that the academic year ended on May 5 at universities, and on April 30 at Suvorov, Nakhimov and cadet schools.

Ctrl Enter
Noticed a mistake Highlight text and press. Ctrl + Enter
We are
Reports from the militia of New Russia for 27-28 September 2014 of the yearDecember 2010 years. Russian March. Senseless and merciless? Notes not a Russian person
61 comment
Information
Dear reader, to leave comments on the publication, you must to register.