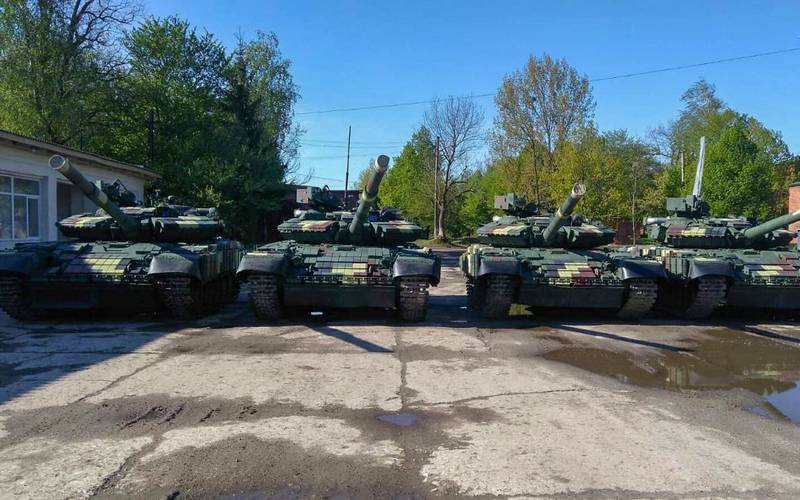 Armed forces of Ukraine received the next batch of modernized tanks T-64 and T-72. According to the press service of the Lviv Armored Plant State Enterprise, by transferring tanks, the enterprise completed a contract with the Ministry of Defense of Ukraine under state guarantees.


In total, as they say in the message, four T-64 tanks and two T-72s are transferred to the Armed Forces. The upgraded tanks received "modern means of navigation, reliable radio communications, improved weapons and protection."

We had to restore part of the armored vehicles in the conditions of quarantine restrictions (...) we managed to organize the work in a high-quality manner and to transfer the armored vehicles to the military
- said the director of LBTZ Viktor Androshchuk, adding that the company is currently mastering the repair and modernization of T-80 tanks and armored repair and recovery vehicles BREM-2.

The previous batch of six T-64 tanks was transferred to the Lvov Armored Plant by the APU in March 2020.

We are in Yandex Zen
The Armed Forces of Ukraine are adopting the new “Lev” BREM, developed in Lviv
Summary of the week from voenkor Mag about events in the DNI and LC 21.04.18 - 27.04.18
195 comments
Information
Dear reader, to leave comments on the publication, you must to register.