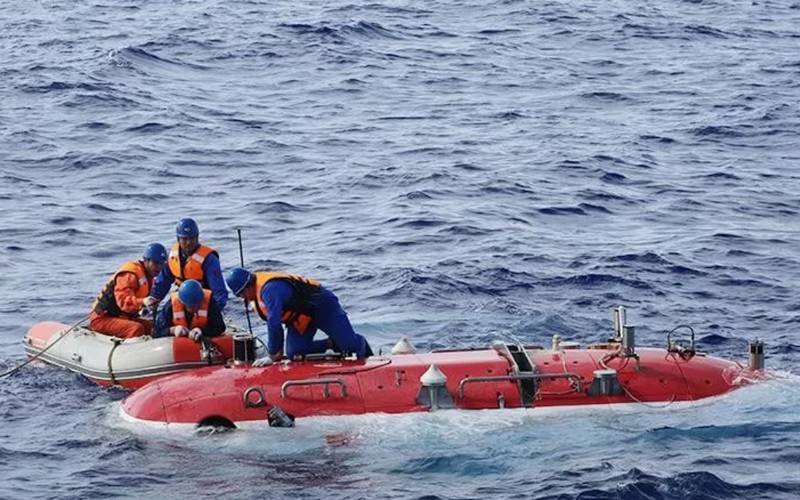 The Russian autonomous uninhabited underwater vehicle Vityaz made an ultra-deep dive into the Mariana Trench. The immersion took place on May 8 and was dedicated to the 75th anniversary of the Great Victory. This was reported in the press service of the Foundation for Advanced Research (FPI).

On May 8, 2020 at 22:34 Moscow time, the Russian autonomous uninhabited underwater vehicle Vityaz plunged to the bottom of the Mariana Trench. Vityaz sensors recorded a depth of 10 thousand 28 meters
- said in a statement.

The FPI said that during the dive, the device made mapping, photo and video shooting of the seabed, in addition, a pennant was installed at the bottom of the Mariana Trench, dedicated to the 75th anniversary of Victory in the Great Patriotic War.

The length of stay at depth, excluding diving and ascent, was three hours.

As emphasized in the FPI, Vityaz, in contrast to foreign underwater vehicles, is a fully autonomous uninhabited underwater vehicle using elements of artificial intelligence. It is part of a deep-sea diving complex, the development of which began in 2017. The complex includes: an autonomous uninhabited vehicle, a deep-sea bottom station and control room equipment.
Ctrl Enter
Noticed a mistake Highlight text and press. Ctrl + Enter
We are
Reports from Strelkov Igor Ivanovich 18-19 July 2014 of the yearThe situation in the south-east of Ukraine. Chronicle of events. 3 May
105 comments
Ad