Why Stalin did not go to defeated Berlin 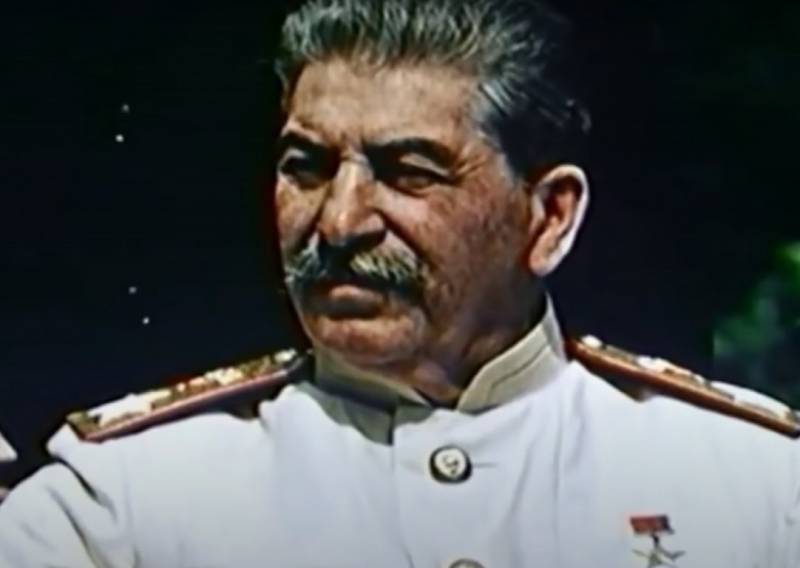 To visit the capital of the defeated enemy and enjoy the triumph of the winner - what could be more pleasant for the Supreme Commander-in-Chief of the army, who won the four-year bloody war? But Joseph Vissarionovich Stalin never went to Berlin, although in Germany he was forced to visit the same victorious forty-fifth.

On July 17, 1945, just over two months after the Great Victory and a month after the parade on Red Square, the Potsdam Conference began in Germany, in which the heads of the victorious countries took part. Although the Soviet leader was not a big fan of visits and rarely traveled anywhere, the Potsdam Conference could not do without his presence. Stalin went to Germany. On July 15, 1945, a train left the Belorussky Train Station, in which Joseph Stalin was the main passenger.

To ensure the safe passage of the Soviet leader to the country that had recently fought with the USSR, unprecedented security measures were taken. Stalin traveled to Germany by rail, which required special attention to the organization of his protection.

The armored train on which the Soviet leader rode consisted of several armored saloon cars, a staff car, a security car, a restaurant car, a food car, a car garage with two armored Packards and two platforms on which anti-aircraft installations were placed. There were 80 state security officers in the staff who provided security for the leader, and in all, 17 soldiers and officers and 1515 operational workers were involved in measures to ensure the safe passage of the Soviet leader.

In Potsdam, Stalin and his entourage settled in the Cecilienhof Palace in the elite village of Neubabelsberg, where the conference was held. The small town of Potsdam, the capital of the federal state of Brandenburg, is located just 20 kilometers southwest of Berlin. Even then, 20 kilometers was not a distance: half an hour's drive - and here it is, the capital of the defeated Third Reich. It would seem, who, if not Stalin, should come first to Berlin and see for himself the victory over the worst enemy of the Soviet state? 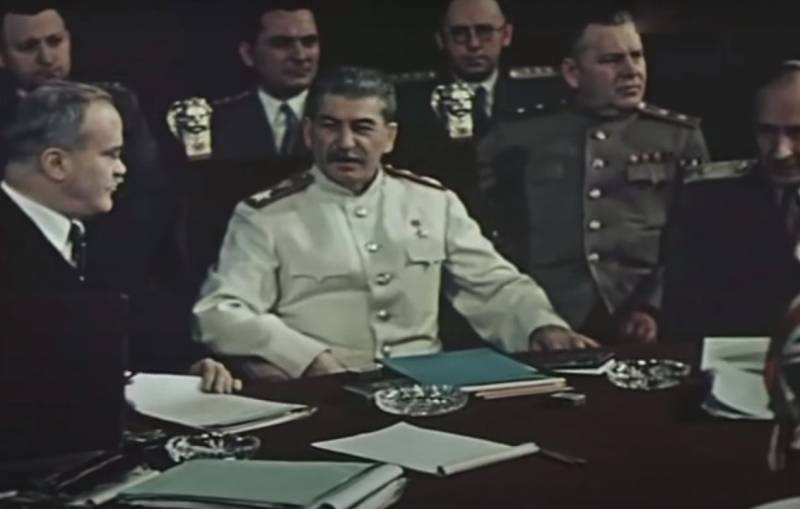 Enjoying destruction is not in the character of Stalin

Meanwhile, the Potsdam Conference is also called Berlin. Of course, the meeting of the leaders of the victorious states was to take place in the capital of Germany. But Berlin during its assault by Soviet troops suffered too much damage. There was simply nowhere to hold an event of such a level, as well as nowhere to place high-ranking conference participants.

In addition, Berlin was more dangerous than in small Potsdam. But holding a conference is one thing and another is a short trip, even for a few hours, in order to take a look at the defeated city. Winston Churchill and Harry Truman, having flown to Germany, individually traveled to Berlin and examined the capital of the Third Reich lying in ruins.

Stalin did not inspect the ruined Berlin. He could see the city only while traveling from the Berlin station to Potsdam. But he refused a special tour of the German capital. Now we can assume several reasons for this failure. The first, of course, is the big risks that would accompany this walk. Yet two and a half months ago, fights were fought in Berlin, the city might not have been completely cleared of those staunch Nazis who wished to continue to resist the victors.

But, most likely, the second reason is more likely: Stalin arrived in Potsdam to solve the problems of the post-war world, and not indulge in vain thoughts on the ruins of the German capital. Moreover, Soviet cities were also in ruins. Nothing good was that Berlin was destroyed, Stalin did not see, he was worried about other problems: how to restore the affected cities of the Soviet Union, how to maintain acquired control over Eastern Europe. And this behavior very distinguished the Soviet leader from the same Adolf Hitler, who, as soon as German troops captured Paris in June 1940, rushed to inspect the defeated French capital.

We are in Yandex Zen
Chernobyl notebook. Part of 3
Diplomats of the People's Commissariat of Defense: on the eve and during the war
117 comments
Information
Dear reader, to leave comments on the publication, you must to register.