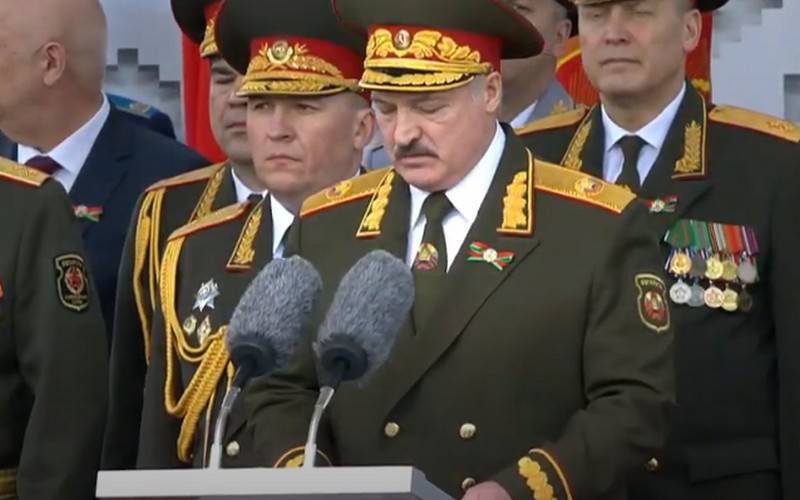 A parade dedicated to the 75th anniversary of Victory in the Great Patriotic War began in Minsk. Unlike Russia, where only the air part of the parade took place, President of Belarus Alexander Lukashenko decided to hold a full-fledged parade with the involvement of the Belarusian army, ground equipment, as well as congratulations to WWII veterans.


As previously reported at the Minsk City Hall, the main feature of the parade will be the display of only new and modernized models of military equipment. In total, more than 3 thousand military personnel and 185 pieces of equipment take part in the parade. 42 aircraft will fly over the capital.

The day before, the Belarusian leader said that he had invited the heads of all states of the former Soviet Union to the parade, but it is not known whether official invitations were made. Russia in festive events will be represented by Russian Ambassador to Belarus Dmitry Mezentsev.


On May 3, 2020, Lukashenko announced that he would not cancel the military parade in honor of the 75th anniversary of Victory in the Great Patriotic War, as “thousands and thousands of people” would like this event to be held.

I must say that we cannot cancel the parade. Just can't. I thought about it for a long time. Of course, this is an emotional, deeply ideological thing.
- he said.

Ctrl Enter
Noticed a mistake Highlight text and press. Ctrl + Enter
We are
Reports from the militia of New Russia for 27-28 September 2014 of the yearReport on the results of the survey-2013 "Evaluation of state political figures"
291 comment
Information
Dear reader, to leave comments on the publication, you must to register.