Victory Day in the post-Soviet space: how they celebrated before and where they held the parade in 2020 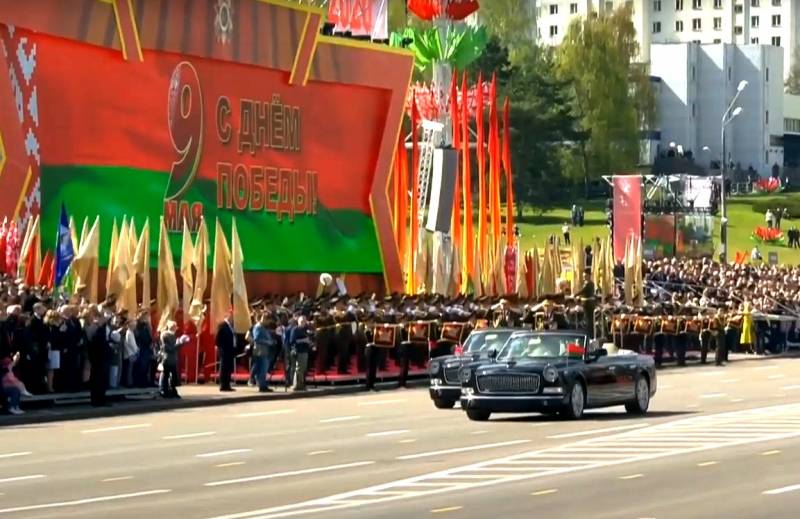 Today in Russia and in a number of other former republics of the Soviet Union, Victory Day is celebrated. In Moscow, Minsk and some other capitals of the post-Soviet countries, ceremonies will be held in honor of this great date.

The collapse of the Soviet Union and the emergence of new independent states in the post-Soviet space led to a partial revision of attitudes towards Victory Day. The first to express their negative attitude to the significant date were the Baltic republics, in which Victory Day is not celebrated and is not a day off.

The authorities of Latvia, Lithuania and Estonia have their own, special look at the events of those long years. If they consider themselves the heirs of the "forest brothers" and the Baltic SS legions, then this is really not their holiday. In all other post-Soviet states, Victory Day has been celebrated since 1991.

In Ukraine, Victory Day was a public holiday from 1991 to 2015, and then, in view of the cardinal change of course and the proclamation of a policy of desovetization, May 9 is celebrated as Victory Day over Nazism in World War II. Moreover, any Soviet symbols, including the Victory Banner, are prohibited in Ukraine after the adoption of the relevant law. Celebrate victory without the symbols of the winners ...

In 2020, due to quarantine measures, the parade in Moscow was canceled; only an air parade of aircraft and helicopters of the Russian Aerospace Forces took place. However, in Minsk, despite the epidemic, the parade was not canceled: President of Belarus Alexander Lukashenko, on principle, did not refuse to solemnly celebrate Victory Day with a traditional military parade. 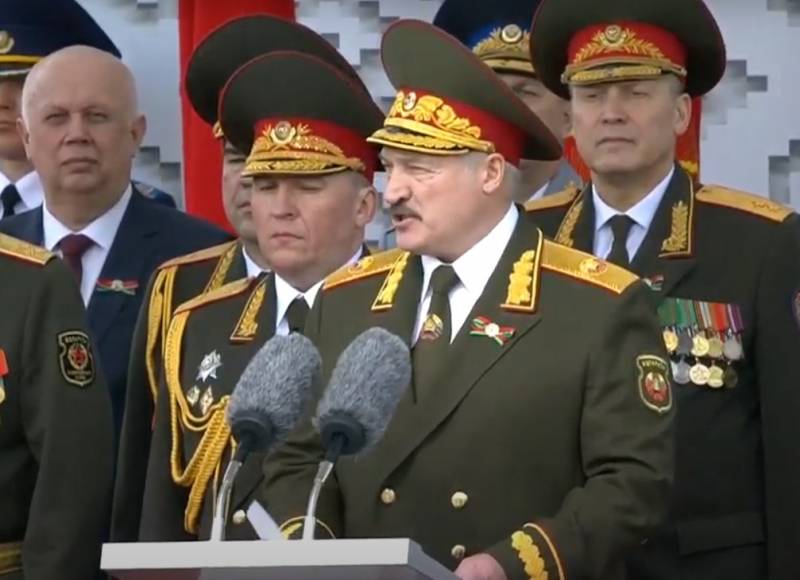 Alexander Lukashenko in the form of the Supreme Commander of the Armed Forces of Belarus
Recall that earlier post-Soviet Belarus celebrated Victory Day on a special scale. And this is not surprising: the Belarusian people really suffered very much during the years of World War II.

Turkmenistan became another country in the post-Soviet space that decided to hold a military parade on May 9, 2020, despite the coronavirus pandemic. Despite the fact that last year the parade was not held here, and the authorities limited themselves to laying flowers and honoring veterans, on the 75th anniversary of the Great Victory in Ashgabat, soldiers of the Turkmen army marched in the parade and a column of military equipment passed. President of the country Gurbanguly Berdimuhamedov called May 9 a sacred date for all.

Immortal regiments: from Kiev to Tashkent

Since 2015, Ukraine has been celebrating Victory Day unofficially. Ukrainians who respect the Soviet past, the victory of the peoples of the USSR over German Nazism, are trying to celebrate the holiday, despite all the official prohibitions. So, in Kiev and a number of other cities of the country marches of the "Immortal Regiment" took place. In 2018, such a procession in the Ukrainian capital was marked by a fight between its participants and Ukrainian nationalists. In 2020, the march of the "Immortal Regiment" in Kiev was canceled due to quarantine. 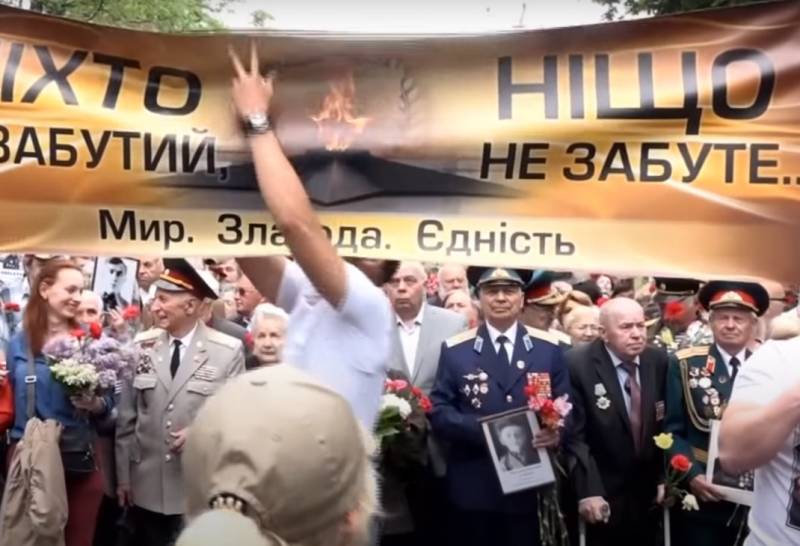 Kiev, the procession of the "Immortal Regiment"
Unlike Ukraine, Georgia, which also has a difficult relationship with Russia, has always held celebrations in honor of Victory Day. Only this year they were canceled due to the coronavirus pandemic, last year the processions of the “Immortal Regiment” were held, except for Tbilisi, in Batumi, Gori, Akhalkalaki and Ninotsminda.

In Kazakhstan, due to quarantine measures in 2020, the Immortal Regiment campaign is held online in live mode. In the past 2019, as in previous years, processions of the Immortal Regiment, events with laying wreaths at the graves of heroes of the Great Patriotic War were held in the capital of the country and in the cities of Kazakhstan. The attitude to the holiday in Kazakhstan is the most respectful. 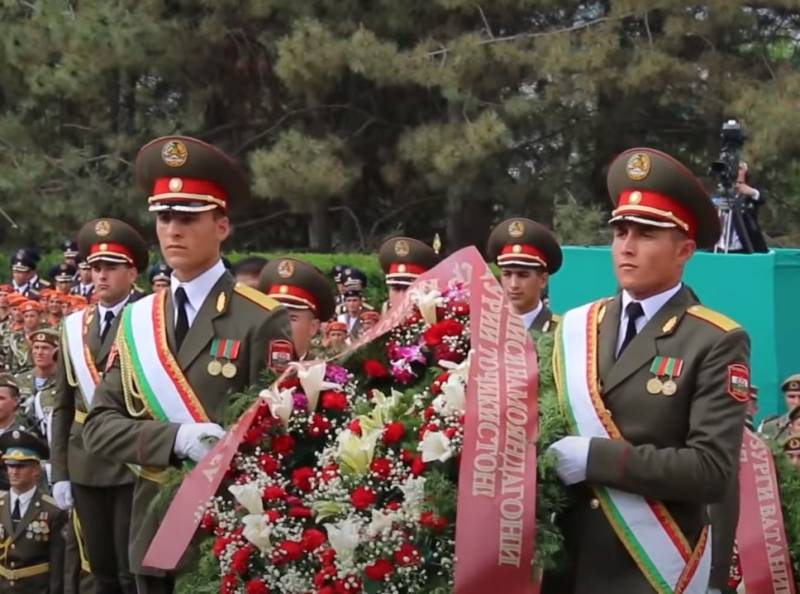 The capital of Tajikistan, Dushanbe, met on May 9, 2020 with the laying of wreaths at the memorials of participants in the Great Patriotic War. Solemn events organized by the Ministry of Defense of the Republic. Last year, a military parade was held in Dushanbe, in which 2 thousand Tajik soldiers and a combined company of Russian troops from the 201st military base participated. In the capital of Kyrgyzstan Bishkek last year, a procession of the "Immortal Regiment", a concert, and the laying of wreaths took place. This year the military parade due to quarantine was canceled.

In Tashkent, the capital of Uzbekistan, in 2018 and 2019. also, wreath-laying events were held, fireworks were held, and military equipment was demonstrated. For the Uzbek people, the Great Patriotic War was also a huge shock: of the 1,5 million Uzbeks who went to the front, 500 thousand people did not return from the front - every third resident of the Uzbek SSR died, giving his life for a single homeland for all the peoples of the USSR at that time.

On May 9, processions of the “Immortal Regiment” were traditionally held in Azerbaijan, Armenia, and Moldova. Due to quarantine restrictions introduced in 2020, part of the celebrations in these countries also had to be abandoned. But in any case, regardless of the political situation and quarantine, Victory Day remains a sacred date for hundreds of millions of people, especially in the post-Soviet space. After all, the memory of the war is one of the main connecting threads between our peoples.

We are in Yandex Zen
"Everyone went to London." Where and why emigrate from the Baltic?
Republic of the former USSR. Latvia: years without “occupiers”
73 comments
Information
Dear reader, to leave comments on the publication, you must to register.