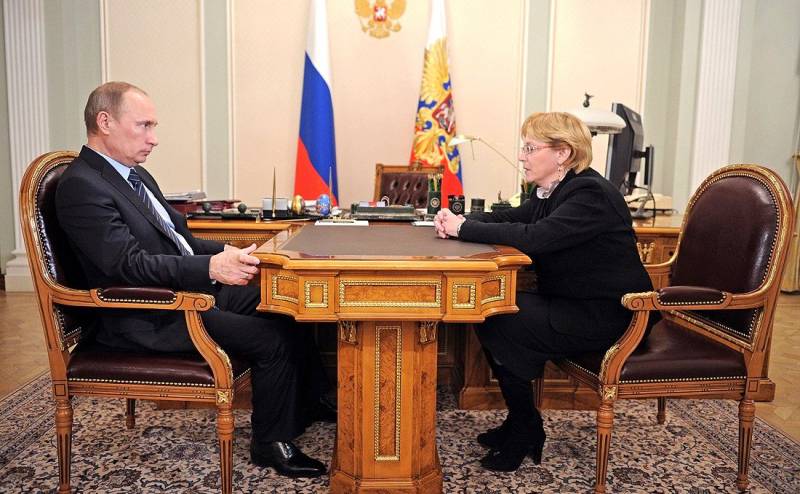 “... for the good of a large part of the herd, a small one will burn, but this is not a“ tragedy ”, it’s just the price of the matter. Of course, it would be nice to do without such tough measures; but if that happened, they should understand their own: it means that this is the decision made by colleagues with higher levels of tolerance. "

Hello dear readers! This article is the third part. stories, which began with the publication of an open letter from the Angara Psychiatric Hospital. We, the medical workers, didn’t care what they were doing with healthcare in our country. We decided not to stay away from those processes that could lead to dire consequences for everyone in the near future.

So, the response from IOPND from 29.04.2020 was sent to the trade union "Action". The answer is voluminous, the person who wrote it clearly knows how to do it. A professional of its kind. I will try to focus on the most important and important for all of us.

“The reorganization was developed taking into account world experience, since in countries with an effective healthcare system 70% of patients really solve their health problems in clinics, and only 30% in hospitals.”
Yes, the author is right, there is such a world experience. Deinstitutionalization of Psychiatry - The process of reforming the psychiatric service, which began in several Western countries in the 50s of the XX century. It consists in a large-scale reduction in the number of psychiatric beds and psychiatric hospitals with the parallel development of various forms of community-based care for mentally ill patients discharged from psychiatric hospitals (Wikipedia).

Great! Only in this case it is said about the development of community-based forms of care. What are these forms? For example, the emergence of alternative services of assistance at the place of residence, and not just “dumping” patients into the clinic and the care of relatives. Relatives who: a) often cannot accept and understand the mental illness of a loved one; b) sometimes they themselves eke out a miserable existence or so.

Aw! And where are we, social services of the Russian Federation? As correctly noted by the Deputy Minister of Health of the Irkutsk region:

"... you need to take an example from the social protection authorities, which have already reduced all their institutions."
By the way, in the West, which our official almost prays for, they have recently grabbed their heads. For example, in Italy, where “psychiatric beds have been successfully reduced by 100%,” the number of people suffering from mental disorders without a fixed place of residence has increased dramatically. Gentlemen, our climate does not look like Italian. What result do you achieve by letting them out at our average annual temperatures? In Italy, in the end, they realized that something needs to be done. AND? But there are no specialists. There are no doctors, nurses, nurses.

Well, what do we care about pasta masters and pizza founders! Let us turn our eyes to the USA. A country from which people with “good faces” take their breath away in the goiter and the heart muscle melts. The Psychiatric Times magazine, in an article on A Dearth of Psychiatric Beds, writes:

"Today, the shortage of psychiatric beds in the United States is a serious problem. Emergency rooms are overwhelmed by patients with acute mental disorders, some expect beds for up to a month. The pressure on existing beds is so high that they are discharged prematurely, often have a relapse or become homeless or go to jail. "
Well, God bless them, with the Americans. They are not a decree for us, yet we have our own “world experience”.

WHO published a report in Russian on World Health Statistics 2013. Sorry, but I didn’t find anything newer. Perhaps some radical changes have occurred in 7 years, but for now we will rely on what we have. So,

“The general conclusion when considering these data, of course, is that the development of the psychiatric service is well correlated with the level of economic development of countries.”
Switzerland ranks first in the number of psychiatrists: 4,10 per 10.000 population. First place in the number of psychiatric beds: Japan: 27,8 per 10.000 population. What is Russia? By the first indicator: 19th place, and by the second: 9th. It was in 2013, and now it’s much less. True, everything is sad in the USA: 35th and 46th place, respectively. It’s just that this country is in many respects strong, but only the lazy one didn’t really go through the hegemonic health care system. The darkness is there with medicine. But for us they are the flagship, we want, "that everything is like in America"!

And therefore, our official has been actively engaged in optimization / reorganization. I will quote from the answer of the IOPS:

“... the Minister of Health of the Russian Federation Veronika Skvortsova pays repeated attention to the need for reorganization:“ Redistributing the load from hospitals to polyclinics will allow to refuse hospitalization of patients only for examination, freeing up beds for those who really need in-patient treatment. Measures to reduce beds in metropolitan and regional hospitals are being carried out as part of a program to modernize Russian health care ”
(September 26, 2013.)

The source is also not new. But if they can, then why shouldn't I?

But something new appeared. First, V. Skvortsova left the ministerial post, and then Deputy Prime Minister Tatyana Golikova on the air of the program “Moscow. Kremlin. Putin "on" Russia 1 "said:

“In many Russian regions, optimization was unsuccessful.”
So there!

But the conclusions of the Center for Economic and Political Reforms (CEPR) based on Rosstat data are much worse: as a result of optimization, from 2000 to 2015, the number of hospitals in Russia halved - from 10,7 thousand to 5,4 thousand. The number of clinics over the same period, it decreased by 12,7% to 18,6 thousand institutions. Specialists then noted that in the case of maintaining such a rate of hospital closure (approximately 353 annually) by 2021–2022, the number of medical facilities in the country will reach three thousand, that is, the level of the Russian Empire in 1913.

When Govorukhin’s famous documentary “Russia We Lost” came out, neither the audience nor the director in the worst dream imagined what form we would find it in. The number of hospitals as in 1913! Just think: the WWI passed, the revolution, the harsh 1930s, the Great Patriotic War, the post-war reconstruction of the country, the Khrushchev thaw, Brezhnev stagnation, perestroika and 1991 — and the circle closed ... The curtain.

What justifies, despite the failure of optimization / restructuring / modernization, the IOPS official to further destroy our hospital? There are justifications for a wagon and a small trolley: here is the turnover of the bed, and how this bed is idle, and the lack of continuity, and the inefficient use of the regional budget funds, and the fact that the Angarsk branch has not been publicly prevented for many years dangerous actions of the mentally ill. The last thing is to be sculpted in stone: the Angara branch under the direction of the IAPND has existed since May 2019, and before that the Angarsk hospital was one of the best in its field in its profile. And especially for the prevention of "especially dangerous actions" of the mentally ill.

I have an assumption that when they optimized / reformed / restructured / modernized the infectious disease service, feathers creaked throughout the country in high and not-so-very offices, where they printed the same thing on paper, which you read a little higher.

And then came COVID-19. And where are the infectious diseases hospitals, doctors, professional nurses and nurses? We will wait for particularly resonant cases: "chainsaw massacre" or mass suicides? It is unlikely that any of the journalists of the central channels and promoted bloggers will be interested in mentally ill people frozen on the streets. And who distinguishes them from ordinary citizens there? In death, we all become alike.

Dear citizens, we ask you not to remain indifferent, not to tell yourself that, they say, this will not affect me. Take the problem seriously and ask the executive and legislative branches: is it time to stop experimenting with medicine?

Author:
avva2012
Photos used:
kremlin.ru
Articles from this series:
Optimization? Destruction of medicine!
We do not live in the USSR! Optimizer Acts

Ctrl Enter
Noticed a mistake Highlight text and press. Ctrl + Enter
We are
A great interview with Sergey Lavrov: about Ukraine, Obama and IranWhat you didn't want to know about England
138 comments
Information
Dear reader, to leave comments on the publication, you must to register.