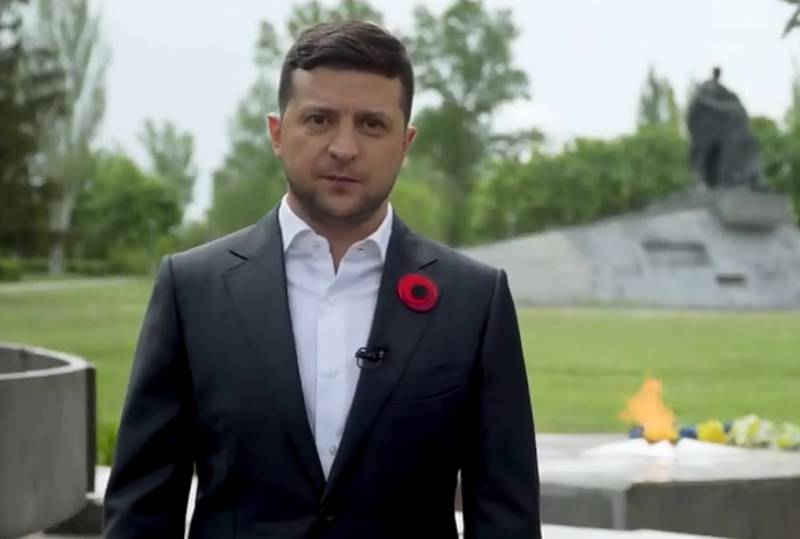 On the Day of Remembrance and Reconciliation celebrated in Ukraine today, Vladimir Zelensky addressed the citizens of the country.


He reminded them that every fifth resident of Ukraine was killed during the Second World War.

The president’s appeal was filmed and posted on his Facebook page.


Vladimir Zelensky addressed the Ukrainians during his trip to the Lugansk region. He urged them to bow not only to the liberating soldiers who had expelled the Nazis from Ukraine, but also to the Ukrainian invaders fighting in the Donbas with their own citizens:

On the Day of Remembrance and Reconciliation, we bow to all who defended the world against the threat of Nazism. He defended his native Ukrainian land and died during the Second World War. We also bow to our courageous children, who today defend the Ukrainian state, our sovereignty and territorial integrity.
It so happened that on the Day of Remembrance and Reconciliation, Ukraine not only did not reconcile with anyone, but also managed to quarrel with Georgia, which always invariably supported almost all the actions of the Kiev authorities. Today, official Tbilisi decided to withdraw its ambassador from Kiev in response to the appointment of Saakashvili to the post of head of the executive committee of the National Council for Reforms of Ukraine.

Zelensky called this decision of the Georgian leadership a mistake and promised not to take mirror measures in response.
Ctrl Enter
Noticed a mistake Highlight text and press. Ctrl + Enter
We are
Reports from the militia of New Russia for 27-28 September 2014 of the yearDecember 2010 years. Russian March. Senseless and merciless? Notes not a Russian person
96 comments
Information
Dear reader, to leave comments on the publication, you must to register.