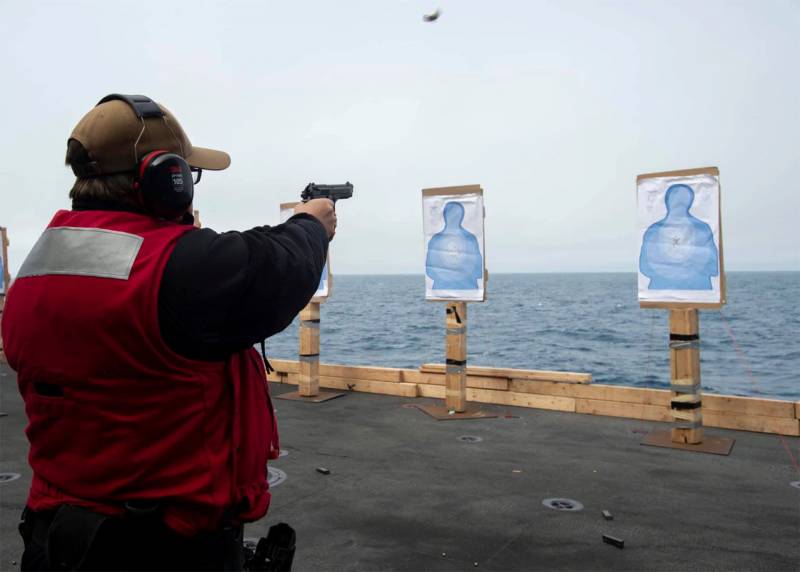 The US Navy showed what the crews of warships (aircraft carriers) located at sea and at the bases of the Navy are doing. One of the classes is shooting training.


So, on the aircraft carrier "Nimitz", which is located in the waters of the Pacific Ocean, seafarers performed off-mark firing, while on deck.

As a shooting gallery, a platform above the internal hangar was equipped for aviation techniques.

Shooting was carried out at targets from a distance of 10 m. At the same time, paper targets were fixed on wooden blocks, which for stability were tied with ropes to the deck. 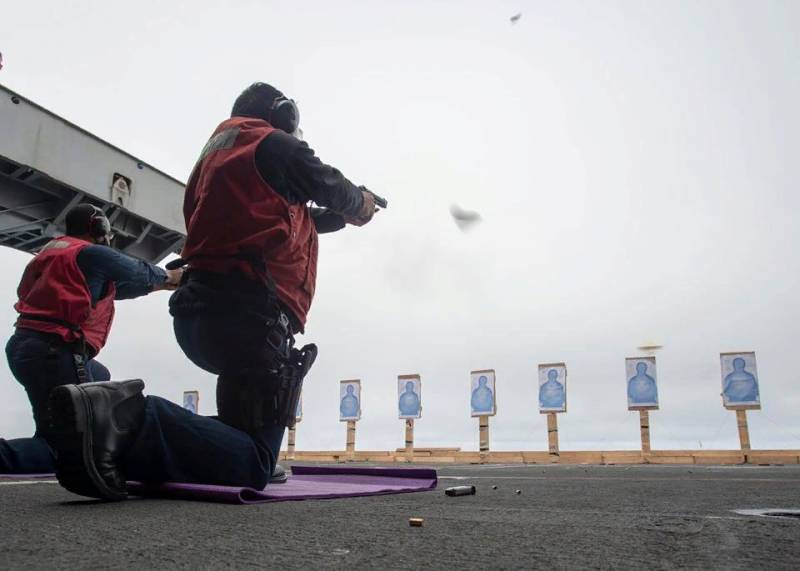 Shooting was carried out while standing, as well as in the position on one knee. 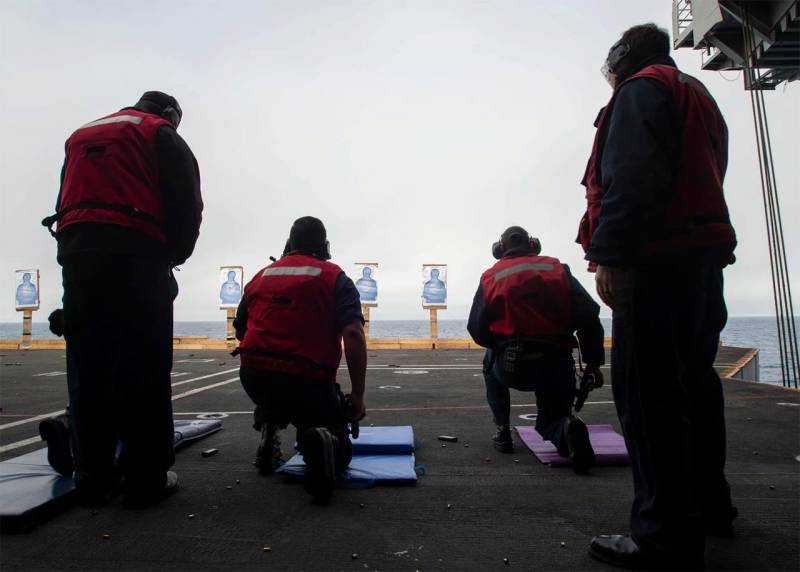 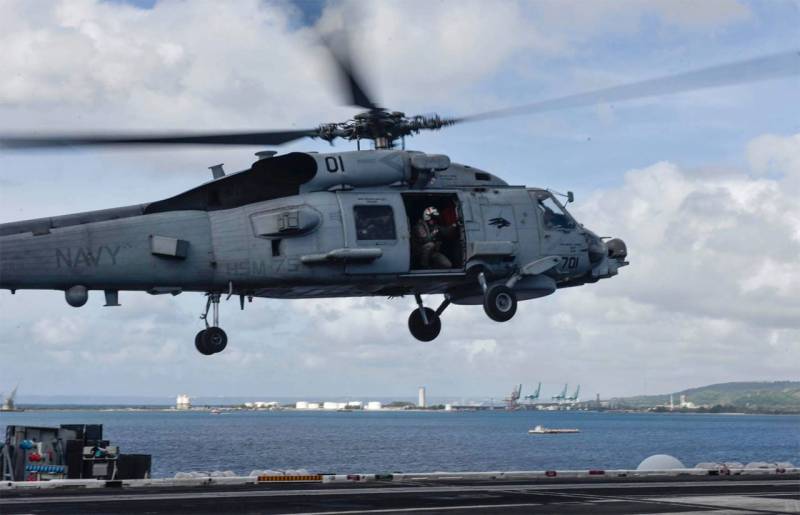 Aerial training involves the use of the helicopter wing of this combat ship. 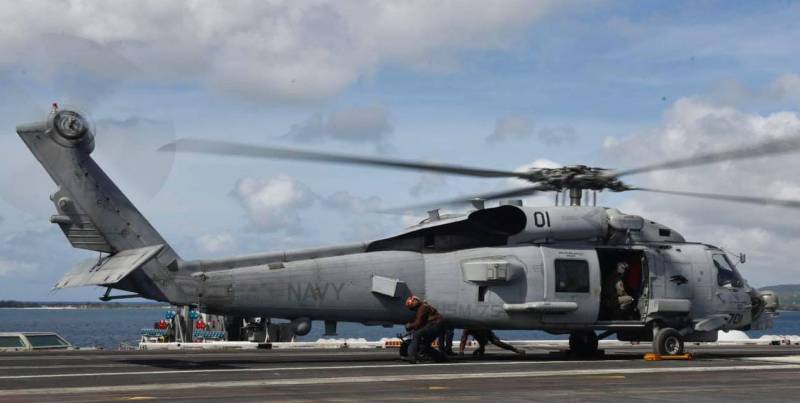