What stood in the way of the extension of the Turkish Stream to Southern Europe: factors 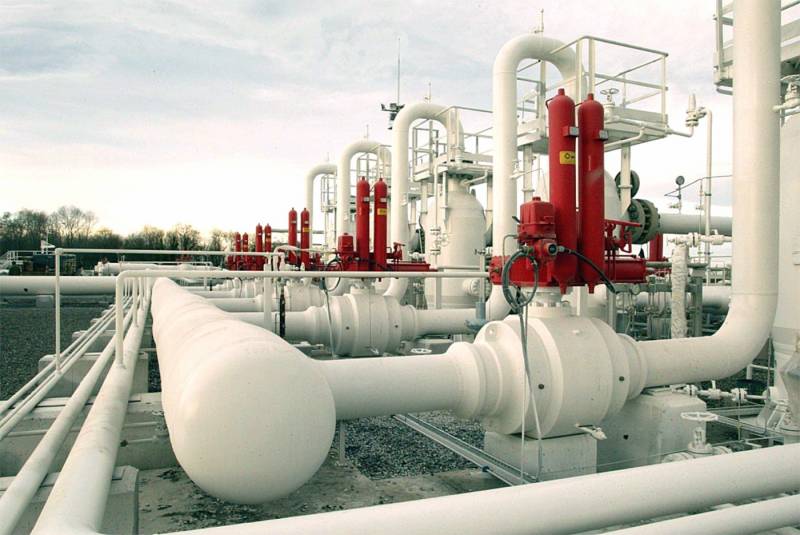 Against the backdrop of all the recent upheavals associated with the construction of the Nord Stream-2 gas pipeline (attacks on it by Poland, Ukraine’s promises to “disrupt the construction at any cost” or the spectacular maneuvers of Academician Chersky) newsrelated to the implementation of another major domestic energy project - the Turkish Stream. But still, how are things on the “southern flank” of our Gazprom’s struggle for energy exports to Europe?


Unfortunately, I have to admit: there is no news from there. Since what is happening in Bulgaria today, which at the present stage is the main “construction site” of the pipeline, is in no way new. The process, which Vladimir Putin very diplomatically called “very leisurely work” last fall, continues in exactly the same vein. Sofia’s promise to complete the plot passing through its territory by June 1 of this year will surely remain the next unfulfilled obligation on her account.

In any case, as of April, the continuation of the pipeline through which our “blue fuel” was supposed to rush to Serbia and further to the EU countries was not half ready. By the middle of last month, only 150 kilometers of 308 pipes had been welded. With the other aspects of the work, it was about the same. история. Characteristically, personal control of the construction site was not too lazy recently to exercise the Prime Minister of Bulgaria Boyko Borisov. In any case, representatives of Bulgartransgaz officially reported this. Only, apparently, it didn’t really help accelerate it.

In the same message from the Bulgarian energy company, not very encouraging figures are given: for example, a pipeline route was prepared for a length of 230 kilometers, 220 kilometers of pipes lie along trenches. Welding was carried out, as already mentioned, only 150. A trench is digging a kilometer per day, into which 900 meters of pipes are laid. How much time is needed to complete the project at such a pace (if they still exist!), It is easy to calculate - the arithmetic is simple. There can be no talk about June 1.

But a gas pipeline is not only pipes. Without the construction of compressor stations, it will not be possible to increase the fuel supply capacity from the current 4 billion to the planned 12 billion per year.

During his visit to the construction site, the Bulgarian prime minister had the opportunity to contemplate that here the work was also “arguing”. In place of one of the stations ... already flooded the foundation! But the general director of Bulgartransgaz, Vladimir Malinov, who was relentlessly accompanying Borisov in this voyage, proudly reported to the head of government that "all work at the facilities is being carried out with strict observance of measures to prevent coronavirus."

According to the same Malinov, the fact that “all construction workers arriving from abroad” are forced to undergo quarantine at 14 days is very slow. From this we can conclude that the Bulgars themselves are dirty and callous, the little hands are not torn during excavation and welding. The general also spoke about another problem: it turns out that along the way of laying the pipeline, over 45 historical monuments were discovered along the way! All of them are now being studied most closely by specialists from the National Archaeological Institute: well, how do you find such values ​​in the earth that have some kind of gas pipeline - dust and decay? In fact, normal people conduct such surveys ahead of time, and not during the construction process ...

Also an important factor, according to Boyko Borisov, remains the payment of compensation to farmers whose land was in the way of the pipeline. They plan to restore it, and the agrarians pay 5 million leva. It also takes time. There is no doubt that when it comes to finding out the reasons for the failure to launch the “string” going to Serbia, Sofia will find a thousand and one reasons: from the “objective difficulties and problems” caused by the pandemic, to “preserving the cultural heritage” or something else the same kind.

All this could be taken with understanding if the practice of delaying, defaulting on obligations and evading responsibility would not be the "corporate style" of the Bulgarian side. We will not even recall how she “buried” the South Stream project. What is happening with Turetsky is enough - some dubious tenders for its construction and subsequent litigation that delayed the start of construction for six months were worth what! At the same time, Bulgaria itself has been receiving gas from the Turkish Stream quite well already from January 1 of this year, and at a very good price. Perhaps that’s why he “hurries without hurrying”.

Meanwhile, it became known that PJSC Gazprom had been suspended for almost a week - from May 13 to 19 there would be no fuel pumping at the Blue Stream and Turkish Stream capacities supplying gas to Turkey and further to Bulgaria. Official explanation: "Preventive work in Russia." But perhaps this is a hint to some that the coronavirus is a coronavirus, archaeologists are archaeologists, but you still need to work faster?

Ctrl Enter
Noticed a mistake Highlight text and press. Ctrl + Enter
We are
Situational analysis of the death of the MH17 flight (Malaysian Boeing 777), made on the basis of engineering analysis from 15.08.2014Syria: Americans scare themselves, and Asma Asad buys chairs
92 comments
Information
Dear reader, to leave comments on the publication, you must to register.