When the USSR waged war in Afghanistan, fewer local people died than in "peace" time 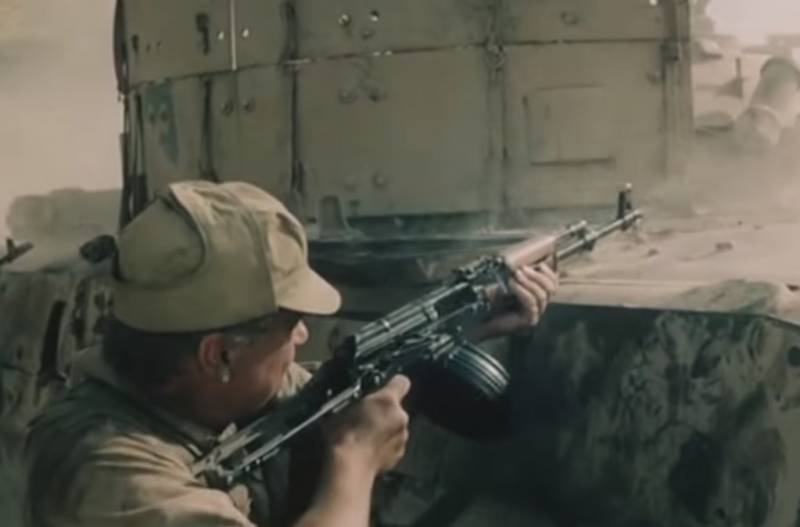 The war in Afghanistan, into which the Soviet Union was drawn for a whole decade, can hardly be called victorious. True, there is a moot point, depending on how you count.

If we take the situation in Afghanistan itself before and after the introduction of our limited contingent, then no improvement has occurred. Moscow was neither able to extinguish the conflict in this country, nor to plant a loyal ruler in it "on the throne". 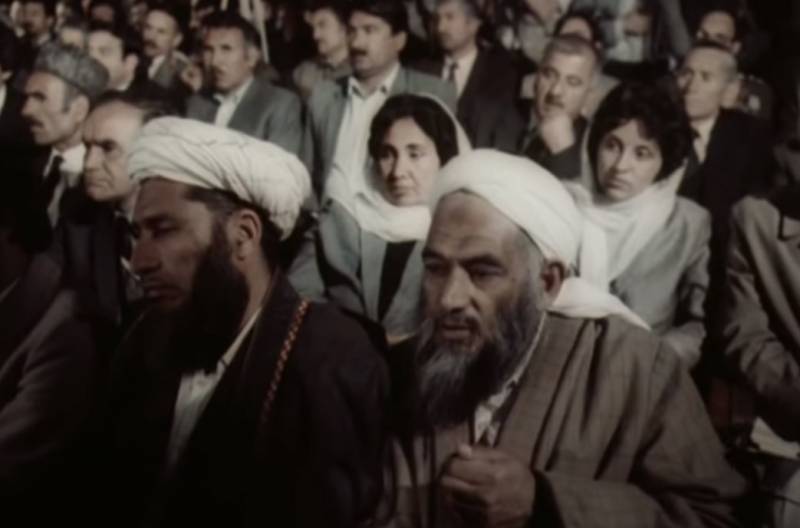 Some people think that the entry of the Soviet army into this country was the lesser of two evils. They believe that the situation in Afghanistan threatened the USSR, especially its Central Asian republics, since it could destabilize the situation there. But it’s hard to judge the extent of this threat. True, it cannot be ruled out that the entry of troops into a neighboring country may have pushed this danger away.

The Soviet Union did not come out as a clear winner

If we consider the consequences of the Afghan war for our country more globally, then there will be a lot of minuses. The Americans now no longer hide the fact that they deliberately created the conditions for the USSR to be forced to send troops into Afghanistan and become stuck there for a long time. The Soviet leadership for a long time did not dare to introduce a contingent, despite the numerous requests of the inviting party. And when our military was already in Afghanistan, the Kremlin was not going to keep them there so much time. And they didn’t plan to fight the local forces, they were just going to become garrisons and protect strategic facilities and communications. 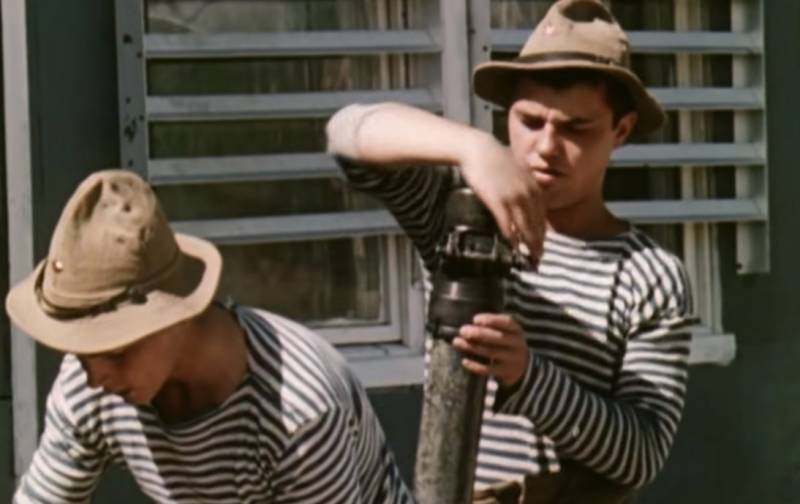 But it turned out how it happened. The introduction of the contingent into Afghanistan was followed by economic sanctions against the USSR, a boycott of the Moscow Olympics, and deterioration of relations with many countries. There is even an opinion that the participation of the USSR in the Afghan war pushed him to collapse. This point of view, of course, is controversial, but as one of the versions also has a right to exist. She, by the way, is shared by Donald Trump.

In addition, the former "Afghans", returning from the war, unfortunately, continued to fight further. Some became participants in numerous multinational conflicts that flared up on the outskirts of the USSR shortly after the withdrawal of troops from Afghanistan. Others joined the ranks of the fighters of numerous criminal gangs, which from about this time began to grow in the country, by leaps and bounds. But, of course, there were a lot of those who, having arrived from Afghanistan, returned to civilian life and settled in well. These are people of honor who to this day work for the good of the Fatherland.

In general, whatever one may say, the USSR did not win the unequivocal and indisputable victory in the Afghan war.

But the defeat concerns precisely the Soviet political leadership, and not the Soviet army. Here she is, I think, she definitely did not lose this war.

For example, the chief of the General Staff of the USSR Armed Forces, Marshal Akhromeev, believed that most military operations in Afghanistan were carried out flawlessly, but not everything depended on the military:

There is not a single military task that would be set, but not solved, but there is no result. We control Kabul and the provincial centers, but we cannot establish power in the occupied territory. We lost the fight for the Afghan people.

And here is what Colonel General Gromov, who held the post of commander of the 40th Army during the years of the Afghan war:

I am deeply convinced that there is no reason to argue that the 40th Army was defeated, nor that we won a military victory in Afghanistan. At the end of 1979, Soviet troops entered the country unhindered, carried out — unlike the Americans in Vietnam — their tasks and organizedly returned to their homeland. If we consider the armed forces of the opposition as the main enemy of the Limited Contingent, the difference between us is that the 40th Army did what it considered necessary, and the Dushmans only what they could.
And how to argue with him here! Although the Mujahideen at times managed to win victories over the Soviet troops, for all the years of the war they did not capture a single large settlement, did not carry out a single serious operation.

But our limited contingent, although it had many defeats in this war, won brilliant military victories throughout the entire period while it was in Afghanistan.

Victories of the Soviet Army in the Afghan War

As you know, the large-scale entry of Soviet troops into Afghanistan at the invitation of President Hafizullah Amin was preceded by the assault on December 27, 1979 by the Soviet secret services and the assassination of the president.

The special operation was carried out so quickly and flawlessly that subsequently it was carefully studied by special forces of many countries of the world.

This event was very peculiarly described in the Pravda newspaper:

As a result of the rising wave of popular anger, Amin, along with his minions, appeared before a fair people's court and was executed.
At first, the Soviet units were only supposed to guard the facilities and communications, and the responsibility for combating the local Islamists was entrusted to the government troops of Afghanistan. But soon our contingent had to start hostilities.

Oddly enough, some of the government units that rebelled were among the first opponents of the Soviet military in Afghanistan. Already in early January, such clashes began. For example, on January 9, the 4th Afghan artillery regiment rebelled and killed military advisers from the USSR. The rebellion was crushed by Soviet soldiers, a hundred rebels were killed. Our losses amounted to only two people killed.

Then there were many such cases, and our military carried out a series of successful raids using ground forces and aviation against the rebels. From that moment on, the war for our contingent went into the active phase. Soviet troops, along with Afghan government loyal to the government, switched to full-scale operations.

From mid-November 1980 to early December, Operation Center was under way in the country's central provinces, in which about 16 Soviet and Afghan troops participated with the support of aviation, armored vehicles and artillery. Then 500 militants were destroyed and more than 700 captured.

Since 1981, the active seizure of fortified areas and Mujahideen bases across the country begins.

Separately, it is worth noting the fifth Panjshir operation, which was carried out from May 15 to June 2, 1982, where about 12 thousand Soviet servicemen of various military branches participated. In the course of its implementation, the first mass landing was carried out during this war. In the first three days of the operation, about 4 thousand fighters landed from helicopters.

In the battle of Khost, which lasted about a month and a half in the summer of 1985, almost two and a half thousand "dushmans" were destroyed.

A big problem for Soviet aviation was the appearance of Mujahideen MANPADS "Stinger", which they began to supply them with the Americans in the fall of 1986. But almost immediately after the appearance of this latest at that time weapons The militants from the reconnaissance group of Major Belov managed to capture three samples of such complexes near Kandahar.

You can also mention some successful operations to destroy caravans that delivered weapons and much more from Pakistan and Iran.

Successful military operations were conducted by the Soviet army until January 1989, and in February, troops were withdrawn from the country. Of course, during the Afghan war there were not only victories, but failures also took place, and quite serious ones. At the same time, on the whole, successful actions by the contingent did not affect the general situation in the country. The conflict continued, with the majority of the population supporting the Mujahideen.

Results of the war

Actually, without the support of the USSR, the new government in Afghanistan could not hold out for a long time. The results of the peace talks that were held in Geneva without the participation of the Mujahideen, remained only on paper. After the withdrawal of our troops, the war for the Afghans did not end and continues even now.

And then, immediately after the withdrawal of Soviet troops, Afghan President Najibullah quarreled with his own government, many of whose members went over to the side of the opposition. Naturally, he could not stay “at the helm”. By 1992, Taliban seized power in Kabul, and Najibullah was hanged.

And today, Afghan old men, who shot Soviet soldiers from mountain ambushes in their youth, compare the Russian military with the American, who are in Afghanistan today. And the comparison is usually not in American favor. Afghan old-timers recall that the Russians built schools and hospitals, power plants, roads and airports.

Ctrl Enter
Noticed a mistake Highlight text and press. Ctrl + Enter
We are
What we lostMissed chapter "Strategy-2020"
76 comments
Information
Dear reader, to leave comments on the publication, you must to register.