Our epidemic future and its causes 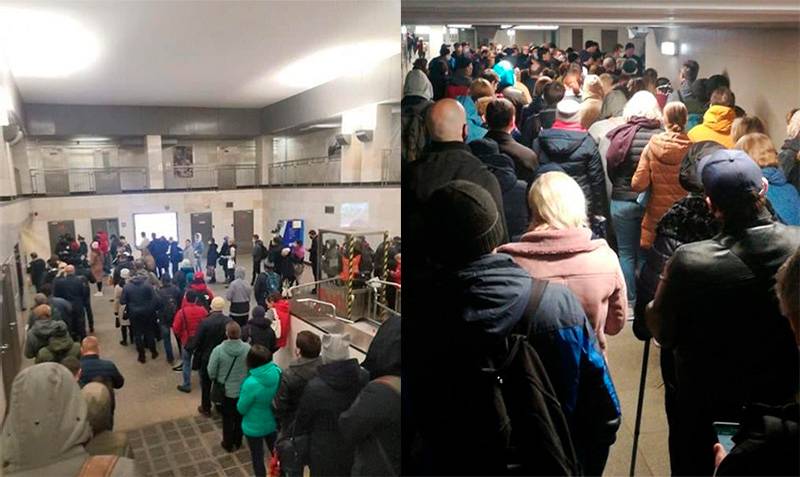 At the moment, 06.05.2020/XNUMX/XNUMX, it is already obvious that according to the results of the coronavirus pandemic, Russia will be in an honorable second place in the total number of cases, losing only to the eternal enemy - the United States. In this article I will try to selectively analyze the reasons for this almost a fact.


So, today the increase in the number of cases is more than 10000 per day with a tendency to increase. How viciously they joke on the Internet: “The plateau has tipped.” So why did this happen? Indeed, by April 28-29, officials began to timidly declare that there would be no further increase in the incidence, and 6-7 thousand cases a day would become the peak that everyone had been waiting for so long.

According to a study by the Johns Hopkins School of Public Health, the average incubation period for coronavirus is 5-6 days. In addition, a couple of days is necessary for a person to sound the alarm and turn to medical institutions, a few more pass until the test results are received. So what happened 10-15 days before the sharp increase in the incidence on April 29-30?

Firstly, the Orthodox Easter happened. I think that every reader of Military Review saw photographs of people who filled the temples and kissed the icons.

Secondly, on April 15 there was a pandemonium in the Moscow metro, which occurred due to the introduction of passes. Anyone who has been to the Moscow metro at least once does not need to explain that there, even without checking the pass of each person entering, it is far from empty in the passages, and then suddenly such an opportunity ...

In addition to these two events in Russia, spring happened. Yes alas. In the courtyard of the author’s house, the management company carefully shook the slides and swings with a striped ribbon, posting threatening proclamations about complaints to Rospotrebnadzor. The lifetime of the tape was not even two days. So since then this war has been going on - every few days the Criminal Code winds up the playing field with tape, and every few days hordes of children without masks in the company of their parents tear off the tape in order to taste the forbidden fruit, which, as you know, is very sweet, and this despite the fact that in one of the entrances of the house confirmed the case of coronavirus.

Another thing that I want to note from personal experience: a complete lack of compliance with the distance. In a mask, without a mask, in a store, on the street - there is no impulse to stay away, 80% of our citizens are imperceptible. Even at the nearest store, sellers wear masks on their chins. It’s probably more comfortable to breathe.

As the last reason, I note that people simply and corny go to work, because no real help to entrepreneurs and workers was allocated. Probably everyone heard that they promised to give small and medium-sized businesses a minimum wage for each employee? And they gave out. Not only to everyone, but from the “affected sectors”. And if, for example, you work in a small KB, then you should not, because you do not suffer from a coronavirus at all.

So, with the reasons for the increase in the incidence (everything said is the personal opinion of the author) figured out. But what led to the appearance of these reasons?

I dare say that everyone is to blame. On the one hand, it is completely incomprehensible why the authorities could not close the churches. There are so far fewer temples in our country than there are policemen. Put on Easter one at each church with an order to fine those who enter - and you will collect money in the local budget, and you will send people home to observe self-isolation. Why has this not been done? Maybe local administrations did not want to quarrel with the church, or maybe the fact is that the competence did not have enough to predict the faithful’s visit to churches for Easter, no one expected crowds in the metro after the introduction of passes. So now we have what we have. On the other hand, the people, seeing the inadequacy and weak effect of the measures taken, do not really want to comply with them, especially since there is practically no help from the people who take these measures, and this behavior exacerbates the situation.

Now a few words about what awaits us. The next step on the part of the authorities is likely to be the tightening of existing measures. Because it is ripe. Perhaps such tightening will have an effect. About three to four weeks later. And over these weeks, many people will run out of money corny, and people will go look for any job that they just turn up, spit on any risks and fines.

Therefore, it remains, as always, to rely on chance. Maybe it’s blowing, maybe solar radiation in the summer begins to kill the virus or mutates it so that it becomes the best friend of a person, and, perhaps, good American / Russian / Chinese scientists will prick everyone with the free vaccine the day after tomorrow. All except antivirals. The vaccine, of course, will be administered orally.

PS According to the author, at the end of March it was necessary to put the whole country in general quarantine with the introduction of emergency situations for three weeks and full compensation of salaries from the reserve fund, plus the introduction of such fines so that even the oligarchs would crack the budget. It would be cheaper than the current "self-isolation" with the slow death of the business.

We are in Yandex Zen
What you didn't want to know about England
What we lost
147 comments
Information
Dear reader, to leave comments on the publication, you must to register.