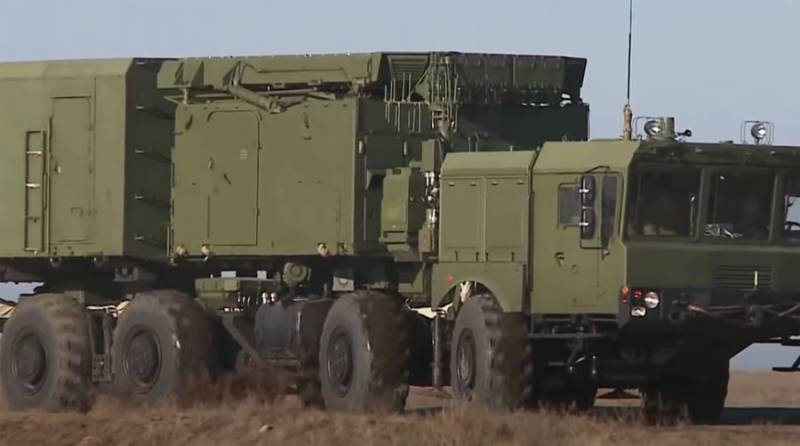 
Tanir reminds readers that April 2020 ended, before the end of which Ankara intended to put Russian air defense systems on combat duty as part of its air defense units. But, as the author writes, "this did not happen." Moreover, he suggests not directly linking the postponement of the deadlines with the epidemic, although the Turkish Ministry of Defense stated exactly this earlier.

The message that Ilkhan Tanir is trying to put into his material is noteworthy. Here is a quote:

Purchases of Russian S-400s not only coincided with a deterioration in the standard of living of Turkish citizens, but also worsened the security situation in the country. It was they who made it impossible for Turkey to receive US support during the operation in Idlib. And then this led to the deaths of dozens of Turkish soldiers.
Further, the Middle East author, who is clearly concerned about the military-technical contacts of Moscow and Ankara, decides to strengthen the information effect by adding:

Turkey was also expelled from the F-35 production consortium. And she spent a lot of money, resources. As a result, she lost about 10 billion dollars. And this is due to the acquisition and partial deployment of Russian-made systems.
Tanir does not stop there and announces that even the Turkish lira sank allegedly because of deteriorating relations with the United States in connection with all the same Russian S-400s.

This material itself suggests that the deal concluded between Russia and Turkey will continue to be attacked by those who are tasked with escalating the situation and linking any negative in Turkish life with the acquisition of Russian anti-aircraft missile systems.
Ctrl Enter
Noticed a mistake Highlight text and press. Ctrl + Enter
We are
Reports from the militia of New Russia for 27-28 September 2014 of the yearDecember 2010 years. Russian March. Senseless and merciless? Notes not a Russian person
84 comments
Information
Dear reader, to leave comments on the publication, you must to register.