DNR knows how to earn billions bypassing the treasury 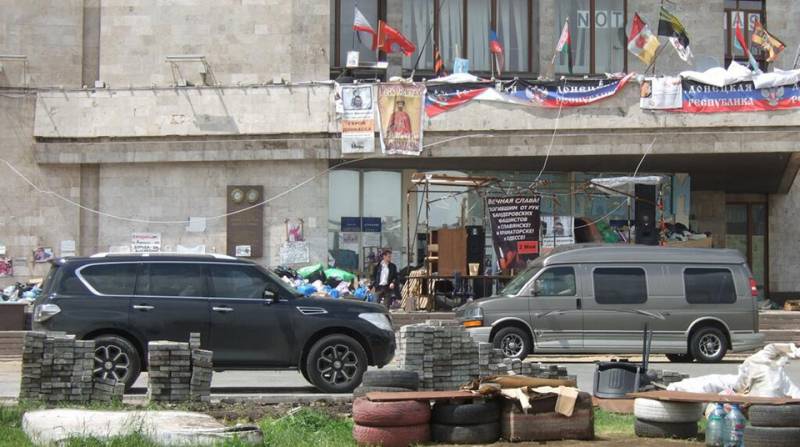 Let there be OSAGO!

From June 1, a new requirement comes into force in the DPR - compulsory motor third party liability insurance. The relevant legislation is not yet ready, but a significant part of the laws has already been adopted, so that next month the innovation may well become a reality for motorists of the republic. It is possible, of course, that insurance policies will become mandatory a little later due to restrictions related to the spread of coronavirus, but in any case, in the near future, all car owners of the republic will have to purchase policies.

April 26, 2020 in the DPR received the corresponding license of Hathor Insurance Company LLC. This company has to completely take on the issue of car insurance. There are no other insurers in the republic. Today, Hathor already has its own website and office in the center of Donetsk. They promise to pay fines for the absence of compulsory motor third-party liability insurance starting from June 1, but probably with fines the authorities still have to wait: it is unlikely that in its current state the insurance company is able to provide policies to everyone. A lot of time will pass before creating the necessary infrastructure and eliminating all the flaws.

The founders of Hathor Insurance Company LLC were residents of Donetsk Sitkovsky Vadim Andreevich, Sitkovskaya Liliya Andreevna and Ishchenko Leonid Viktorovich. Who are these, the most worthy of the worthy, and why, according to the authorities of the DPR, they can be entrusted with car insurance of an entire republic, is unknown. No less questions are raised by the fact that the government itself has withdrawn from this profitable, albeit very difficult activity. And it could put in the budget tens, or even hundreds of millions of rubles, which will now go to unknown people.

It is also not entirely clear whether there are others who want to do auto insurance. Was such a proposal voiced at all or was a profitable business simply immediately given to the “right” people? Be that as it may, the Hathor is formally a monopolist today. That is, the organization, which today consists of one office, will be “resolving” road accidents throughout the DPR in a month. Probably, as it should be for a monopolist, it is purely on its own terms, profitable exclusively for itself.

It will be fun and scary

By the way, the authorized fund “Hathor” is only 60 million rubles. Even taking into account the fact that after the official start of work, when all DPR motorists rush to buy policies (the cost is about 3 thousand rubles), these funds will most likely not be enough to ensure all insurance cases. However, where is the guarantee that this marvelous organization will pay something to someone?

All this event, from beginning to end, looks very doubtful. The republican authorities, one month before the entry into force of the compulsory motor insurance rules, give this fat piece to some completely unknown people; at the same time, the company itself has just received a license and a month before the moment when the republic explodes, it has absolutely nothing to satisfy enormous demand ... Unknown people, private monopoly, zero guarantees - is there any chance that this structure will work?

Or will the Pushilin government try to apply instant enrichment schemes that have been tried out many times during the time of Alexander Zakharchenko? And in the end, when the republican courts choke on the hopeless claims of people trying to get insurance payments, the aforementioned Hathor founders simply disappear, sharing with whom it is necessary, and there will be no one to plant - the company is private! And in the republic they will come up with some new interesting scheme. Indeed, if you think about it, an unrecognized status is a real Klondike!