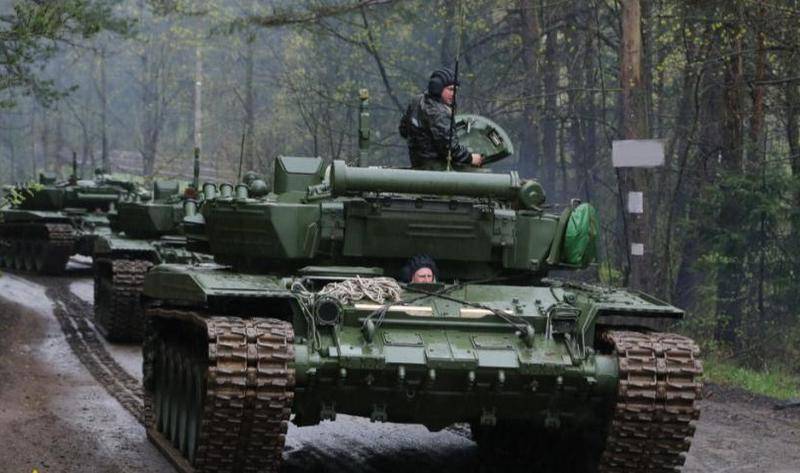 Armed forces of the Republic of Belarus received another batch of modernized tanks T-72B3. This was reported by the press service of the Belarusian military department.


According to the report, as part of the phased and systematic re-equipment of the Belarusian army, five T-72B3 tanks, which underwent modernization in Russia at the Uralvagonzavod enterprise, entered the troops.

On May 6, in accordance with the contract concluded between the Ministry of Defense and the Uralvagonzavod Scientific Industrial Corporation joint-stock company, the Armed Forces of the Republic of Belarus received another batch of modernized T-72B3 tanks in the amount of five units
- said in a statement.

During the deep modernization, Belarusian tanks received an updated power plant with a capacity of 1130 hp, a gun of increased power and accuracy, as well as a modern sighting system. Also, the tanks were equipped with a Contact dynamic protection system and side hull screens.

As previously reported, the modernized T-72B3 tanks with additional protection began to enter the Belarusian army in 2017. The first batch of cars was delivered to the 120th mechanized brigade in June 2017.

Ctrl Enter
Noticed a mistake Highlight text and press. Ctrl + Enter
We are
Belarusian GPV-2015 remained on paperAlexander Lukashenko wants to give dynamism to the “Union of Seven”
55 comments
Information
Dear reader, to leave comments on the publication, you must to register.