S-400: why are Russian air defense systems for Iraq and what hinders the conclusion of a deal 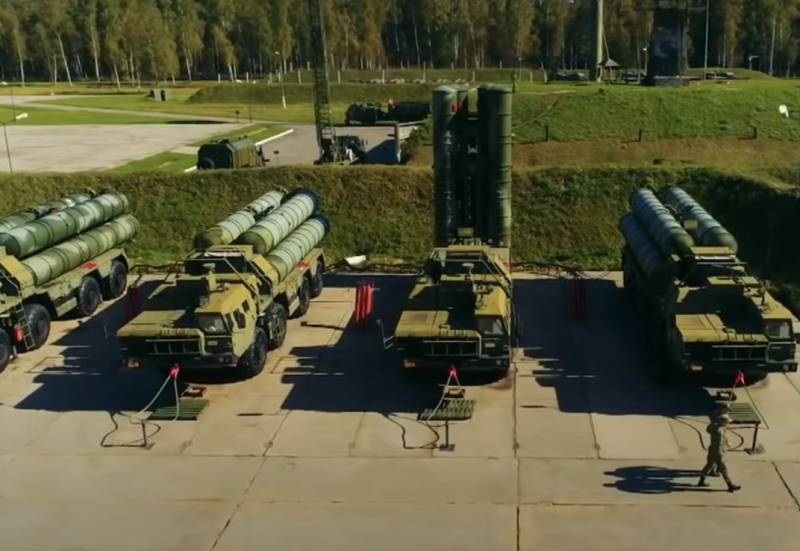 The Iraqi authorities are considering the possibility of acquiring S-400 anti-aircraft missile systems from Russia. This was announced immediately by a number of Russian and foreign media. However, the deal has not yet been concluded.


The desire of the Iraqi leadership to acquire modern air defense systems is associated with the need to improve the country's air defense system. At one time, Iraq was one of the main buyers of Soviet weapons: the late Saddam Hussein took care to equip his army with the most effective weapons and he didn’t skimp on military expenses.

The overthrow of Saddam Hussein as a result of the US-Iraq war for many years turned Iraq into a country controlled by the United States. However, now the Iraqi leadership is increasingly striving to designate the sovereignty of its country. One of the best evidence of this will be the diversification of arms supply channels, as stated by the representative of the Iraqi Parliament’s Committee on Security and Defense Badr al-Ziyadi.

According to the Iraqi politician, the country cannot focus solely on the development of relations with the West, it needs to cooperate with the “eastern camp”, by which Ziyadi, apparently, understands both Russia and China. However, the very need to acquire the S-400 air defense system raises questions. Indeed, now an impressive contingent of American troops is deployed in Iraq.

A few days ago, the whole world spread information: the United States began to transfer Patriot air defense systems to Iraq. The Americans are going to place them at the Ain al-Assad military base in Anbar province. The head of the Central Command of the US Armed Forces, General Kenneth Mackenzie, bluntly stated that the Patriot would be deployed to Iraq with the aim of intercepting Iranian missiles if they could be launched at US military facilities or oil fields in the Persian Gulf. But in Iraq they say that the Americans were not given permission to deploy the air defense systems on their territory. Thus, Baghdad does not really trust the American air defense systems in Baghdad, hence the idea of ​​acquiring the S-400 air defense system.

Russian anti-aircraft missile systems attract Iraqis not only for their technical characteristics. The Iraqi military noted that the S-400 air defense regiment is actually a self-sufficient unit and is capable of independently performing tasks to protect the country's airspace.

Probably, the acquisition of S-400 by its neighbor Turkey served as an example for Iraq. Baghdad, as you know, has far from the best relations with Ankara. It is possible that it is against the Turkish aviation Iraqi leadership and expects to use the S-400. After all, Iraq, like any other country, needs to be prepared to defend its borders. Moreover, Turkish aviation often violates the air borders of Iraq, striking at targets of Kurdish armed forces.

Who today, besides Turkey, threatens the borders of Iraq?

The IG (banned in Russia) and other radical aviation groups, against which the S-400 could be used, do not. Relations with Syria are quite neutral. But if we talk about Turkey, it is here that we need our own air defense systems. After all, the Americans are unlikely to defend Iraqi territories from their NATO ally, and Turkey, as already noted, has repeatedly violated and continues to violate the territorial integrity of Iraq, including by invading its airspace.

By the way, the American side was already worried about the possible purchase of the S-400. US Deputy Assistant Secretary of State for Middle East Affairs Joey Hood did not fail to warn the Iraqi leadership about the possible consequences of acquiring anti-aircraft missile systems from Russia. The fact that the United States, as well as Israel, are trying to force Baghdad to abandon the idea of ​​buying the S-400, was also mentioned by Ziyadi, who we quoted above.

But the US position, according to the Iraqi politician, will not become an obstacle for Iraq to develop military-technical cooperation with Russia, China and other countries. Moreover, if, in accordance with the plan of Donald Trump, the American troops nevertheless leave Iraq, then the country will lose even the little benefit that it received from the American military presence. After all, US troops on Iraqi territory served as a kind of guarantee against aggression by neighbors.

However, talking about a real contract for the purchase of S-400 is still premature. Baghdad has too much pro-American lobby, and the Iraqi authorities, unlike Recep Erdogan, do not feel so confident as to go against Washington.

Finally, one should not forget that Iraq, unlike Turkey, is a much less stable country and American troops are on its territory. It is possible that the S-400 air defense missile system will fall into the hands of both Americans - for their own purposes, and terrorists - in this case, the consequences can be very unpredictable. Therefore, it is not a fact that Russia, despite its obvious financial gain, will agree with Iraq if the latter declares its readiness to sign the contract.