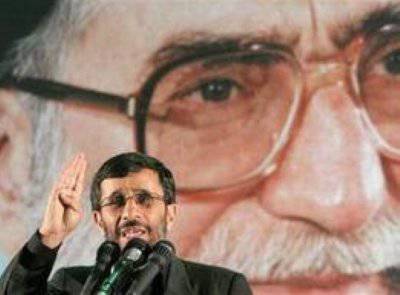 It would seem that the epic of Iran’s attempts to close the Strait of Hormuz in the event of continued pressure from the West remained somewhere in the 2011 year, but last week the number of mentions of that very strait in the press again reached a critical point. The fact is that Iran decided to back up once spoken words with deeds, and therefore the legislative body of the Islamic Republic adopted a law according to which the closure of the Strait of Hormuz is now quite possible on a legitimate basis, according to Iranian lawmakers themselves.


The representative of the Iranian Mejlis, Mr. Kudusi, introduced a bill to the country's parliament, according to which Iran could block the Strait of Hormuz for shipping. And after all about 80% of all crude oil, which today is produced in the countries of the Persian Gulf, passes through this waterway. The Kudusi initiative was supported by the Iranian parliament by a majority of votes, which made all “progressive humanity” in the face of citizens and nationals of a number of Western states literally start: they say that tomorrow is war ... Obviously, now the attention of the West is more directed towards his “favorite” Bashar Asad, but Iran seems to have been forgotten after the introduction of European sanctions (at least, it all seemed so).

But Iran is Iran - a large country with great potential and ambitions to not give the West even a hypothetical opportunity to claim victory over itself. That is why the law on the “legality” of the overlap of the Strait of Hormuz was adopted in the Iranian parliament. But on the other hand, at the head of Iran, too, not fatalists are sitting to give a lightning move to the adopted law. President Ahmadinejad is well aware that he only needs to sign the law and give the order to actually block the Strait of Hormuz as the “peaceful” NATO ships will instantly come closer to do their universal democratic good. It’s not for nothing that the “hungry” democracies of the United States Navy strike groups roam not far from the Iranian shores to democratize in order to satisfy their fierce hunger at the first opportunity.

In this regard, the "indecisiveness" of Ahmadinejad, which is better called healthy pragmatism, causes certain disapproval within Iran itself. Opponents of the current president say that here, they say, Mahmoud Ahmadinejad showed his true face, which in fact gives a grimace of fear to the western aggressor. In other words, in the fact that the Iranian president is not going to sign the adopted law, opposition forces in relation to Ahmadinejad are trying to use the forces in their own interests. And this can hardly be called a manifestation of great patriotism, rather, this is the usual desire to substitute the current presidential power.

The fact is that even if Ahmadinejad, the law passed by the parliamentarians signs and issues an order to close the strait, it will immediately be interpreted by the main world democratizers as aggression from Iran itself. And here, the Islamic Republic does not have enough information resources to prove that this is “only” a retaliatory measure for European sanctions against Iran.

It turns out that the law passed in the parliament in Tehran is no longer like an attempt to defend the interests of the country in the international arena, but a real provocation that can lead to a big war, compared to which even the Syrian conflict or NATO operation in Libya will not seem more than childish pranks. Then, the position of Ahmadinejad, which many supporters of the indispensable tough actions call soft-bodied, is not just sensible, but savingly reasonable not only for Iran itself, but for the entire Middle East.

But inside the country, the declared indecision of the president can cause a surge of anti-presidential sentiment. To prevent this from happening, Ahmadinejad decided, as they say, to make a knight's move. As his horse, he chose the course to actively continue the nuclear program. In particular, the France Press news agency, citing a spokesman for the Iranian president, cites information that the number of centrifuges for uranium enrichment will be increased to 11 in thousands of units in Iran. Recall that earlier the number of centrifuges capable of enriching nuclear fuel up to 20% was about 10 thousand units. At least, such information was provided in due time by the IAEA Commission, which inspected the Islamic Republic. At the same time, Mahmoud Ahmadinejad himself continues to declare that the nuclear arms There is no place in the formation of the military doctrine of Iran.
It is obvious that the West is not inclined to believe this kind of statements by the Iranian president, and therefore the confrontation can flare up with a new force literally at any moment.

If we consider the law adopted by the parliamentarians in Iran on the possibility of blocking the Strait of Hormuz, then we can say that its effectiveness is questionable. After all, by and large, the Islamic Republic does not even have the right to block anything in these waters, because the strait is divided into three zones of influence. Only one of these zones - the north - belongs directly to Iran, and the other two - to the United Arab Emirates and Oman. It turns out that the law really looks like a blatant provocation, which is an obvious undermining for Ahmadinejad. At best, this law can be viewed as a demonstration of Iran’s readiness to respond to external aggression at any moment regarding the West, but readiness, unfortunately, is not always identically equal to opportunity.

It turns out that the adopted law is a kind of double-edged blade that one side cuts the wings of the current Iranian president, and on the other - makes the cold feel to the western "friends of Iran" so that they do not relax with thoughts of an easy victory over the Islamic Republic.