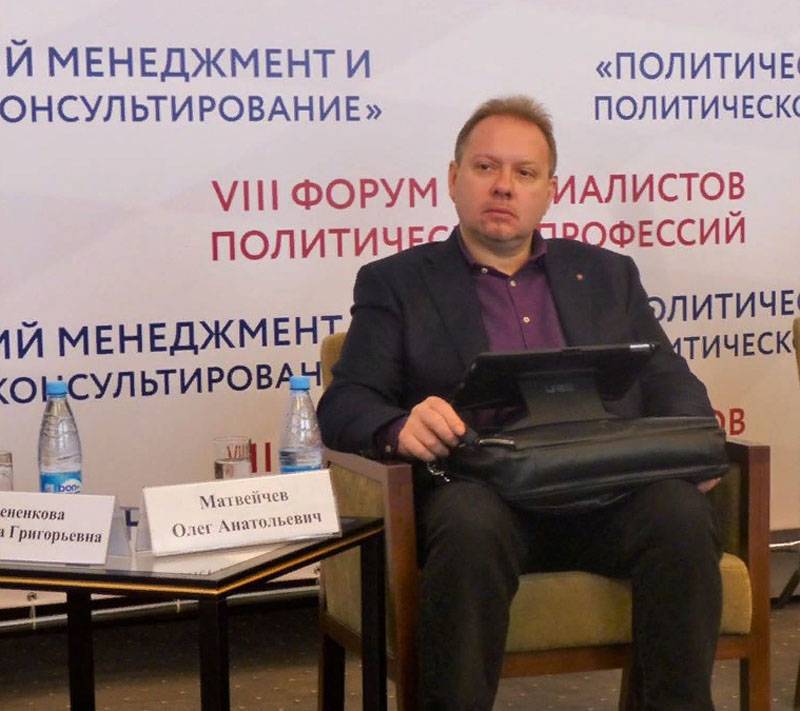 The university’s website Higher School of Economics reports that, as a result of taking into account the Internal Labor Regulations, Professor Oleg Matveychev was reprimanded. The reprimand was announced, as stated, on the basis of a meeting of the HSE Academic Council Academic Ethics Commission.


What did the professor of the reprehensible from the point of view of the commission commit?

It is stated that Oleg Matveychev made statements that damaged the reputation of one of the faculties, as well as damage to the entire Higher School of Economics.

We are talking about the words Matveycheva, which he used in his publication on Facebook. The HSE Commission considered it its duty to consider the contents of the professor’s personal page on the social network, stating that “affiliation with the HSE” is indicated there.

Matveychev made a post that began with the words "We need the 37th year." In the same place he declared a “liberal swine”. The professor was indignant at the fact that the Russians who arrived from the “dysfunctional country” at the airport were asked by Rospotrebnadzor employees to fill out a questionnaire. Those refused to voice the information. Matveychev said that such citizens should be "sent to uranium mines."

The commission found this employee post offensive and motivated by political hostility.

As you can see, representatives of the HSE professors often express diametrically opposite points of view on current events.
However, the mentioned commission does not reprimand all employees who allow harsh statements and publications. For example, in the well-known case of Professor Husseinov’s statement about the Russian language, no harsh measures were taken by the “ethical commission”, as far as is known.

Ctrl Enter
Noticed a mistake Highlight text and press. Ctrl + Enter
We are
Reports from the militia of New Russia for 27-28 September 2014 of the yearScandals in the Russian education system: what troubles do “lime peels” treat
125 comments
Information
Dear reader, to leave comments on the publication, you must to register.