My grandfather was an "air worker of war" 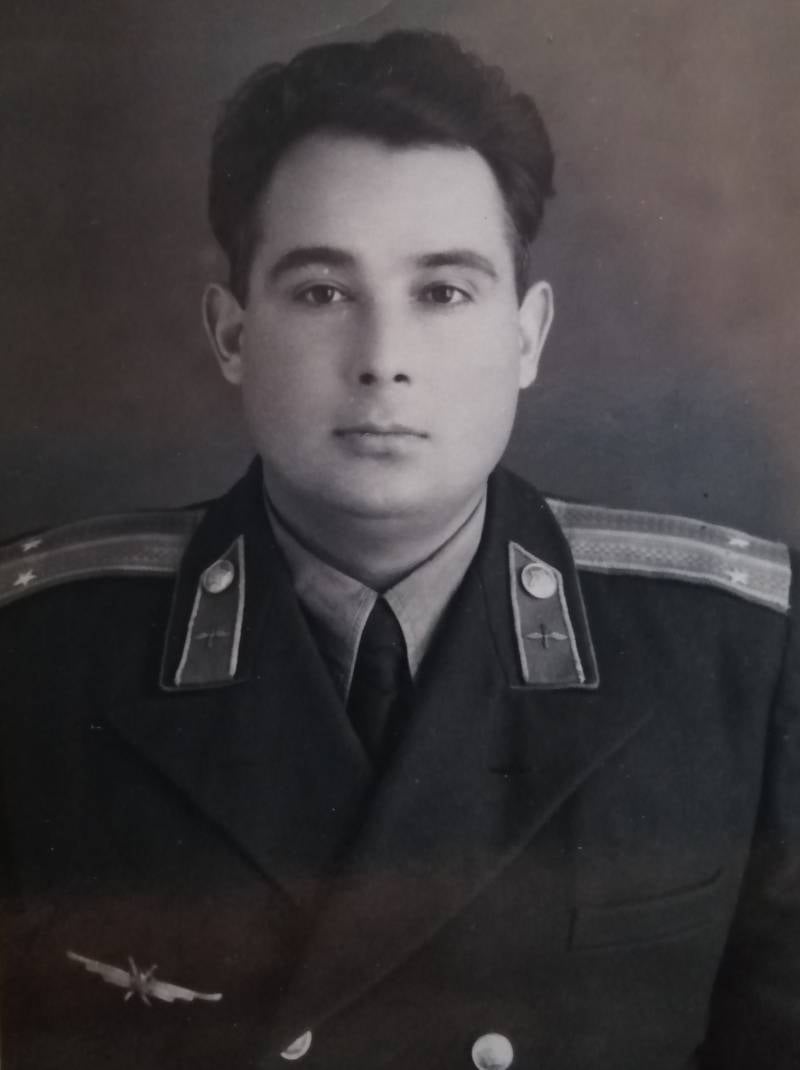 According to old metrics and references

I wrote this short essay about my grandfather, a veteran of World War II, not without the help of my relatives. It is supplemented by materials and excerpts from documents about those units and formations in which grandfather had a chance to fight during the war years.

Alexander Grigorievich Smola - that was the name of my grandfather. He was born in the village of Kholmskaya Abinsky district of the Krasnodar Territory on August 13, 1923. This was written in his metric, which was not preserved, and in all later documents. 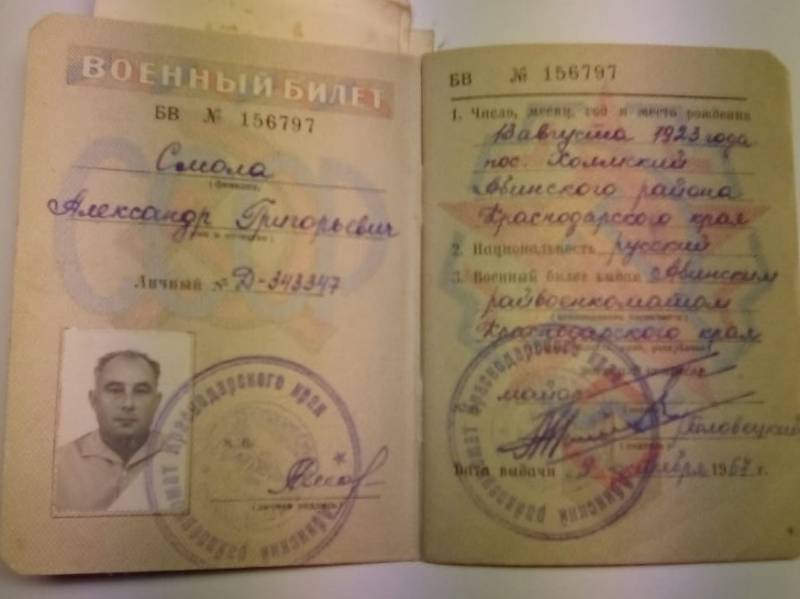 Alexander Smola, who was not yet 18 years old, joined the army already in 1941, enrolling in the Bataysky flight school. At the very beginning of the war, grandfather studied as a navigator and combat pilot and graduated from this school with honors. Two and a half years of the war had already passed, when in February 1944, my grandfather was sent to the 2nd Belorussian Front, where his military career began there.

He served in the famous 373rd Bomber Aviation Regiment of the 15th Air Army, formed back in 1940 under the command of Major Alexander Ivanovich Kobts. He died before Alexander Grigoryevich, who during the war made more than 300 sorties in his regiment, ended up in the regiment.

Talking about a war veteran, it would be worth mentioning the place of service of the hero. The path of my grandfather's regiment, as well as its name, was not monotonous. 125th aviation the regiment at the beginning of the war suffered heavy losses, closer to the second month of the war the regiment had only seven operational aircraft. Pilots, one by one, died under the fire of German invaders.

As a result, the main command of the Air Force decided to reorganize and retrain the personnel of the regiment in Kazan. Pilots mastered new cars, including aircraft supplied under Lend-Lease from the United States and Great Britain. After retraining, the regiment began combat sorties as part of the air forces of the Leningrad Front in the areas of the settlements of Sinyavino, Mga, Tosno, Izhora, Uritsk, Sablino and Siverskaya.

Reformation played a significant role not only for the 373rd Regiment, but also for the course of the war as a whole, as it seems to me. Then many regiments received the Red Banner and orders, beautiful names in honor of the famous battles and commanders. The 373rd bomber is well known as the Guards Sevastopol and Red Banner. 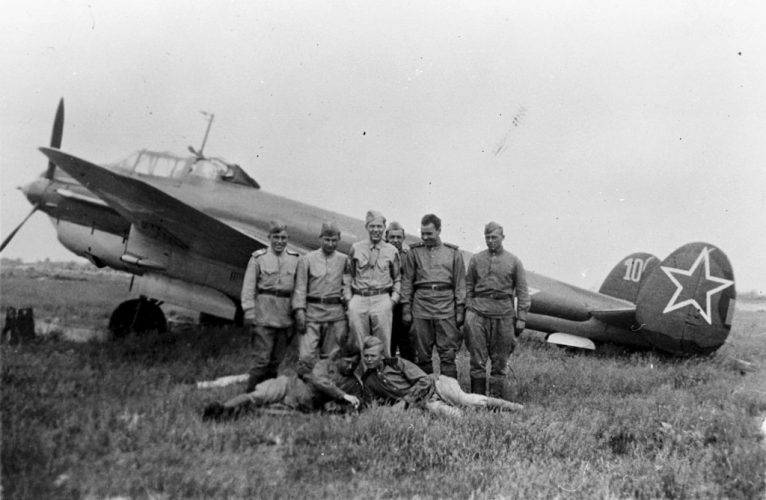 Until the end of the war, the 373rd regiment, consisting of the 2nd Belorussian, and subsequently the 1st Baltic and 1st Belorussian fronts, smashed enemy ground forces and strategic targets of the Germans. Until the battle for Berlin, the regiment pilots made combat sorties day and night, sparing no strength, not sparing even life itself. For this they were rightly called the "air workers of war."

The greater part of the military route, the 373rd regiment was part of the 15th air army of Colonel General N.F. Naumenko, which from the banks of the Don from Voronezh reached, more precisely, flew to Courland and Klaipeda, then still German Memel. Grandfather was lucky - he was not injured, but once (our family knows and is proud of this heroic fact in his biography) he managed to land his burning plane far from the concrete strip of the airfield and saved the entire crew.

Among other things, on his account there were 13 parachute jumps. Today I also know that my grandfather was personally acquainted with the legendary Marshal of the Soviet Union Georgy Zhukov, although, alas, no family legend about such an acquaintance in the family has survived. And he ended the war in Berlin, received the medal "For the victory over Germany in the Great Patriotic War of 1941-1945."

On the deadly Pawn

Lieutenant Smola was also awarded the Order of the Red Star - the first high award that even ordinary Red Army men began to hand over during the years of World War II. However, Lieutenant Resin received the Red Star already at the very end of the war, when, in fact, many were awarded, however, each performance for the medal and even more so the order had to be adequately substantiated. 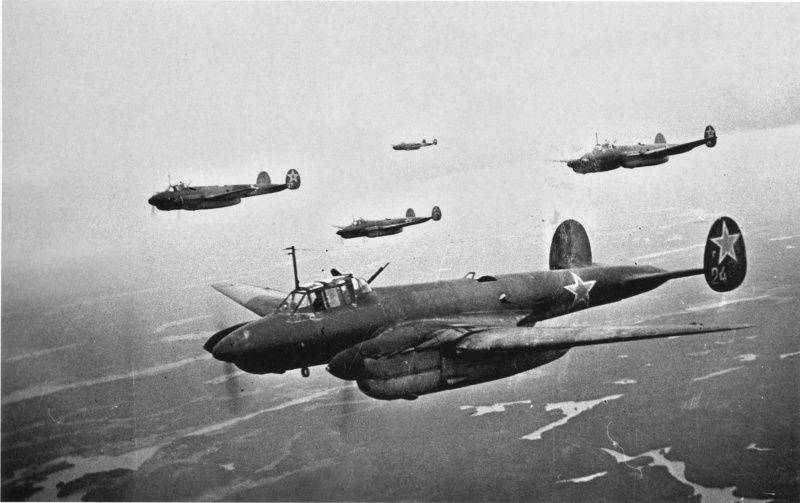 The regiment commander immediately reminded that the diving bomber Pe-2, the illustrious "Pawn" of Lieutenant Smoly, had performed 13 sorties with a combat flight of 1944 hours since August 45, 79. In these sorties, almost 30 tons of bombs were dropped on the enemy, and the commander was awarded the Order of the Patriotic War of the first degree after 30 sorties.

Until the end of the war, Lieutenant Alexander Smoly gained another 15 sorties, and often in bad weather conditions, and all his actions received confirmation of fighter cover and photo plates. 4 of these 15 sorties are for bombardment with a dive to destroy enemy manpower and equipment.

Only during the Berlin operation, the Pe-2 combat crew managed to make six sorties, and in one of them, in the direction of Alt Rosenthal, entered the battle with the German Fokke-Wulf fighter FW190. Boldly and deftly maneuvering, Lieutenant Smola helped the fighters to bring down the annoying fascist.

On April 25, as part of the nine dive-grandfathers, my grandfather flew out to bombard Berlin, after which there was Victory. On the account of Lieutenant Smola was also the very order of World War I of the first degree: I know that for a long time it was the only Soviet order that was transmitted to the family as a memory after the death of the awarded.

In the order on awarding the Order of the Patriotic War, which is sacredly stored in our house, the grandfather was listed at number 7 together with his friend and colleague on the regiment, junior lieutenant Sokolov Georgy Pavlovich, who was in the same order at number 8. 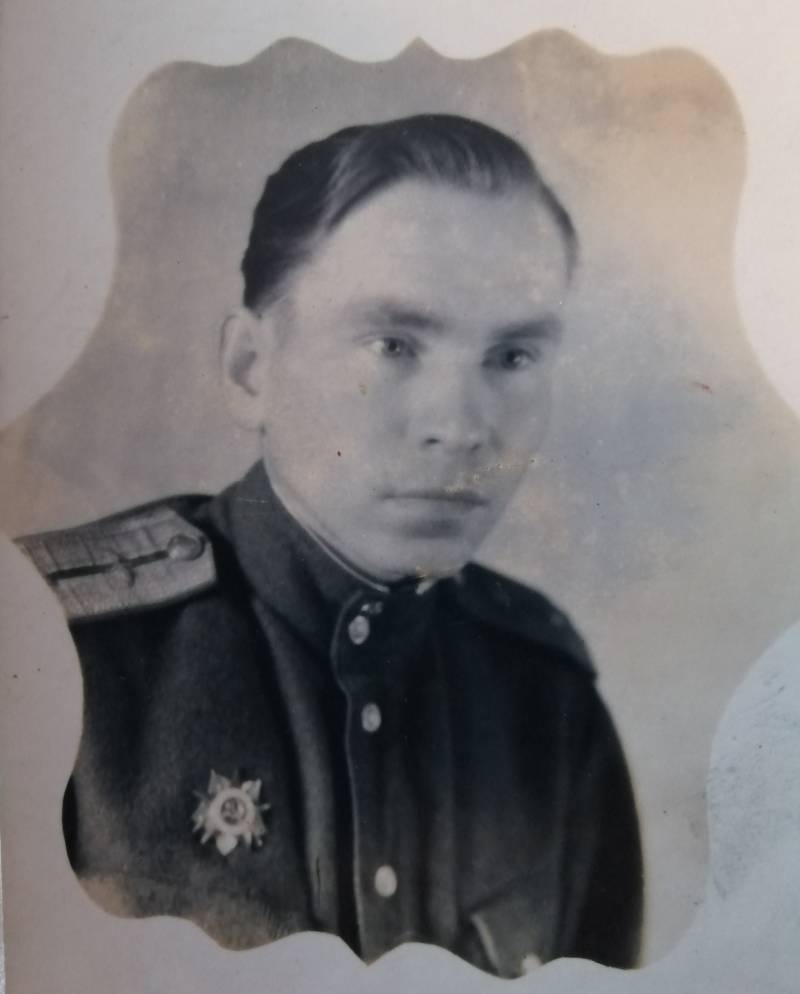 Navigator George Sokolov
But for some reason, my grandfather especially loved the modest medals "For the capture of Berlin" and "For the victory over Germany." 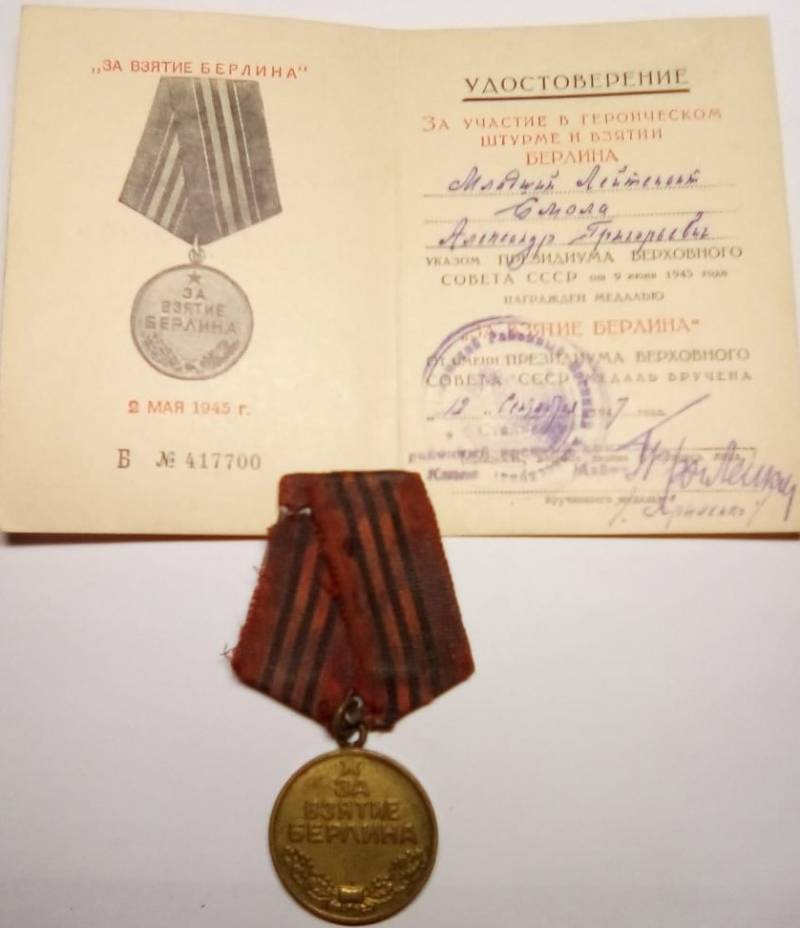 After the war, until 1954, my grandfather served in the army. After 1954, he lived in Kiev and worked at the famous Arsenal instrument-making plant. And shortly before his death, our grandfather, a pensioner, worked as the chief mechanic at the city’s motor depot.

Unfortunately, my grandfather died a long time ago, on October 19, 1975, for me this is a very distant past, and it is good that among my relatives there are still those who remember him. In our family, everyone is very proud of our illustrious military pilot, a veteran hero. I did not know my grandfather personally, but I will always remember him, and now not only from the stories of my relatives. Eternal glory and eternal memory to the heroes of the Great Patriotic War !!!

We are in Yandex Zen
The poet had two grandfathers
What people keep in memory of the war
20 comments
Information
Dear reader, to leave comments on the publication, you must to register.