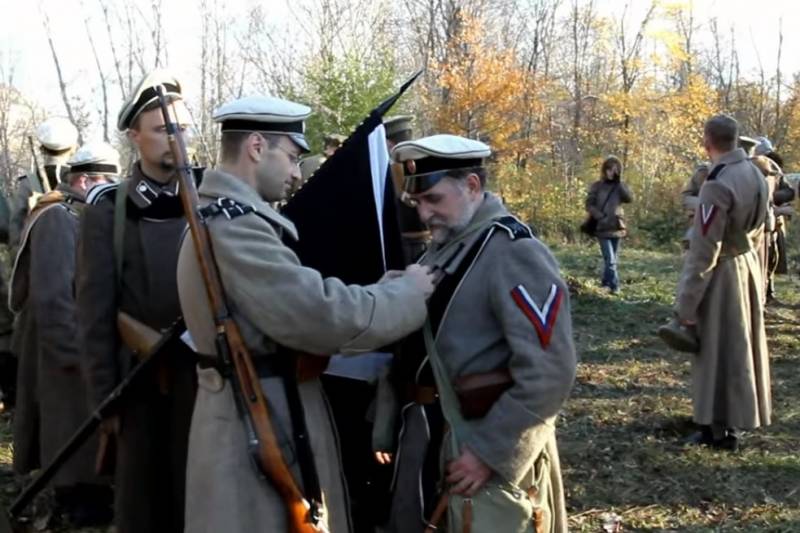 About a hundred years ago, a civil war broke out in our country, which claimed millions of lives of citizens who found themselves in the ruins of the Russian Empire. Some of them died from weapons in hands, being parties to the conflict on one of the parties. Others simply became accidental victims of this massacre, finding themselves in the wrong place at the wrong time.

For white or for red?

For a long time there are no living witnesses of those events, and the Civil War itself is a thing of the distant past, in history.

But when in our time polls are conducted on the topic “If you lived during the Civil War, you would go for the Reds or the Whites,” the discussion invariably becomes hot. Passions boil so that the debaters will look at checkers and Mausers. Some with foam at the mouth defend the position of the red, others favor white.

Actually, for such events a hundred years is not a deadline. For example, in the United States, the Civil War ended half a century earlier than ours, but complete reconciliation has still not come about.

Before we enter or not enter into a dispute between the white and red of the XNUMXst century, let us determine the indisputable moments.

There is nothing to argue about

Without a doubt, the Civil War alone did not bring any benefit to Russia. I do not mean the reasons for this war, nor the further achievements of the new government, nor the problems that it may have solved, but the events of the war itself. Many of our citizens died, industry and agriculture were destroyed, education almost ceased to exist, and the country itself was thrown back in development far back.

The next indisputable moment. In the Civil War, the Reds defeated. And apart from the individual memoirs of emigrants or the works of contemporary authors, all that we know about this period, we know from the works of supporters of the "red" idea.

Moreover, all further achievements and victories of our country are based on the victory of the Reds in the Civil War. In other words, today Russia is what it is, thanks to the fact that the red won, not the white. And what would happen if White won, we do not know and will never know.

And the Reds won because of their solidarity and harmonious ideology. And most importantly, the people followed them. After the victory of the Reds, did the people receive what they counted on or not, this is a completely different question. 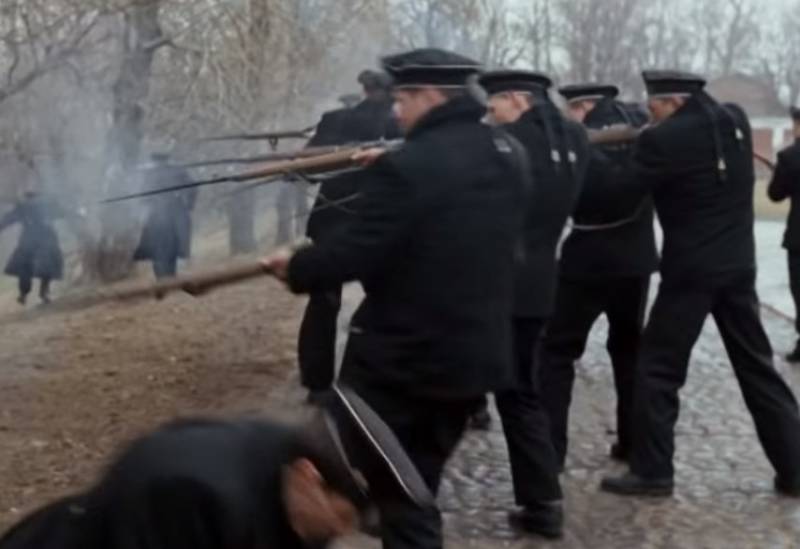 Another point that is often forgotten. Many of the participants in the Civil War took up arms not of their own free will, but were mobilized by the authorities that were currently operating in a certain territory. No one was interested in their views, they were simply armed, and then sent to kill and die.

For some reason, the Civil War in Russia, in my opinion, is designated too schematically - as the struggle of the Reds against the Whites. Moreover, whites include all those who were opposed to the red. But in reality there were not two or even three parties to this war. Moreover, these parties were allies yesterday, and tomorrow they became opponents. If yesterday the Makhnovists shoulder to shoulder with the red troops cleared the Crimea of ​​whites, and tomorrow the same Red Army men began to destroy the troops of Makhno.

Take even one of the most famous works about the Civil War - Bulgakov’s novel “The White Guard”. There, among the many dramatic events described, the struggle between white and red is mentioned casually.

By the way, the essence of the Civil War was most accurately reflected in Sholokhov’s novel The Quiet Don. And this was recognized by both the red winners and the white emigration. Sholokhov doesn’t have a division into “good and bad” there

Move on. If you carefully consider what the Red Army did during the years of the Civil War, especially in its last years, it turns out that she had to exert the lion's share of efforts to fight banditry. Moreover, often under this brand there was a suppression of peasant uprisings, which had nothing to do with the white movement. And the suppression by the Bolsheviks of the rebellion of the Kronstadt sailors also does not fit at all in the picture “red versus white”.

I don’t even take national movements or intervention so as not to completely confuse the issue.

Ideas and their implementation

There is one more point. For some reason, many people forget that there is a huge difference between slogans and real politics, sometimes even an abyss.

White proclaimed "One and indivisible Russia." In fact, they did not even have a unified ideology, what other unity can we talk about. Among them were anyone - from terry monarchists to Republicans and even Socialist-Revolutionary bombers. It is unclear how they generally got along with each other. So it’s quite possible to say that the “white idea” is a myth. 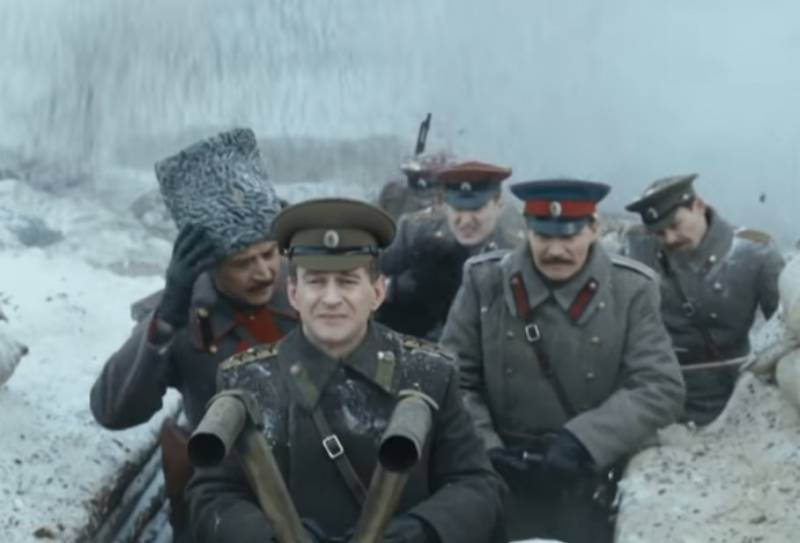 Reds are easier to analyze, because they won this fight. Therefore, it is possible to compare the slogans proclaimed by them with real actions.

It was generally accepted, especially in Soviet times, that in the Civil War the workers and peasants converged against the landowners and capitalists. In this statement, "white thread" is visible even with the naked eye. First of all, where it was possible to take in the country so many landowners and capitalists to put together whole armies. Based on this, it is easy to guess that there were probably many peasants and workers in the White armies who also served in the Red Army.

With the Reds, too, not everything is simple. Take at least the leadership of Soviet Russia. How many peasants and workers were among the top leaders? For the most part, the red movement was led by the so-called commoners, professional revolutionaries, nobles, etc. And by the end of the war, so many former White Guards served in the Red Army that a saying appeared:

The Red Army is like a radish. Outside is red, and inside is white.
And you can still take the famous Bolshevik slogan “Power - to the Soviets! Earth - to the peasants! Peace to the people! ” and disassemble it "on the shelves." Immediately after the revolution, the Bolsheviks, instead of transferring power to the Soviets, cleaned them from representatives of all other revolutionary parties and movements, making them "pocket". The peasants never received the promised land. After several years of war, the long-awaited peace in the first half of 1918 came to almost all participants in the First World War. Russia this year received a more terrible and bloody war than the one from which it had just emerged. It turns out that none of the three promises were fulfilled.

I don’t dwell on whites in more detail just because they lost and could not prove themselves by gaining power. In this case, most likely, everything would be even worse. Given how "motley" the white movement was, it was hardly worth hoping for an end to the Civil War if White came to power. Further, for sure, an armed conflict would begin among the winners, which would eventually drive Russia somewhere into the Stone Age.

And do we need it?

Today, someone advocates a white idea, someone red. And this is strange, because both of them have already outlived their own. This is some kind of chronic disease. For some reason, we like to throw rotten tomatoes on one part of our story and idealize the other. Although, it seems to me, the historical process is continuous and interconnected. It would be good for us as the Chinese, who, on the basis of the teachings of Confucius and under the wise leadership of the Communist Party, have created a powerful market economy, without experiencing any discomfort from internal contradictions.

When the USSR collapsed, either our people had the wisdom, or the stars just came together, but the sharp political contradictions, fortunately, did not cause armed clashes. Neither revolution nor civil war happened then.
We then only lacked this.

As for the Civil War in Russia, which occurred at the beginning of the XNUMXth century, you should not try to project a conflict of red and white today. It seems to me that it is high time to consider both red and white ideas a part of our history, treat it with respect, carefully study the events of the Civil War so that they do not happen again.

If we talk about the Russian national idea, then of course we need it. But such an idea, in my opinion, should not be either “red” or “white”. It should unite the people of Russia and make the country stronger, and not divide its population.

Ctrl Enter
Noticed a mistake Highlight text and press. Ctrl + Enter
We are
What you didn't want to know about EnglandOn the other side of the “red” and “white”. Izborsk Club Report
359 comments
Information
Dear reader, to leave comments on the publication, you must to register.