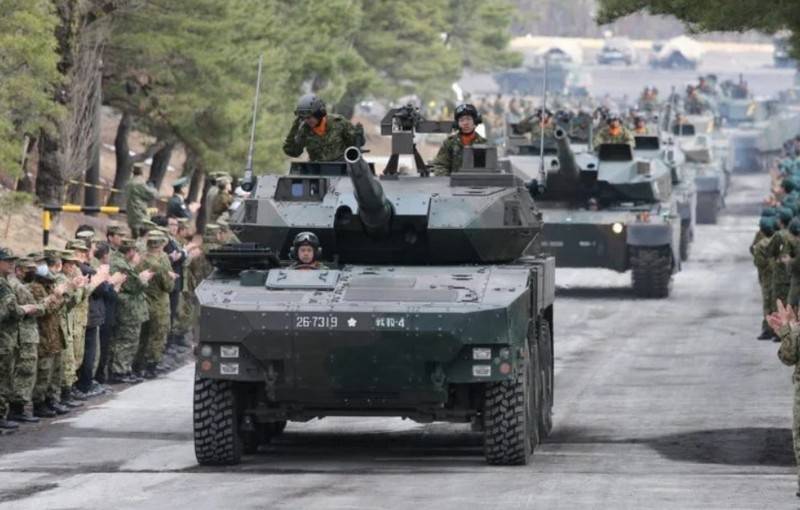 
The plans for the restructuring of the tank fleet of the Self-Defense Forces of Japan were reported back in 2014. According to the plans of the military, the available fleet of main battle tanks, designed to repel the advance of the Soviet army, is now outdated and no longer corresponds to modern realities. At present, the threat vector has shifted from the Russian direction to the Chinese one; tanks have been proposed to be replaced with lighter wheeled vehicles.

In the framework of the program called MCV (Maneuver Combat Vehicle), which started back in 2008, a wheeled combat vehicle with a 105 mm Type 16 gun was developed. According to available information, the armored vehicle has a smaller mass compared to MBT, which allows them to be transferred from using transport aviation. Wheel formula 8X8, power reserve of 400 km, speed - 100 km / h. Armament - a 105-mm caliber gun and two machine guns. It was also previously reported that the gun does not have an automatic loader, so the crew has been increased to 4 people.

In total, according to the plans of the Ministry of Defense of Japan, during the reform until 2026, 300 new Type 16 tank destroyers will be delivered to the troops, while 740 available tanks will be withdrawn from service.

Ctrl Enter
Noticed a mistake Highlight text and press. Ctrl + Enter
We are
Wheel tank destroyers to appear in JapanReports from the militia of New Russia for 27-28 September 2014 of the year
84 comments
Information
Dear reader, to leave comments on the publication, you must to register.