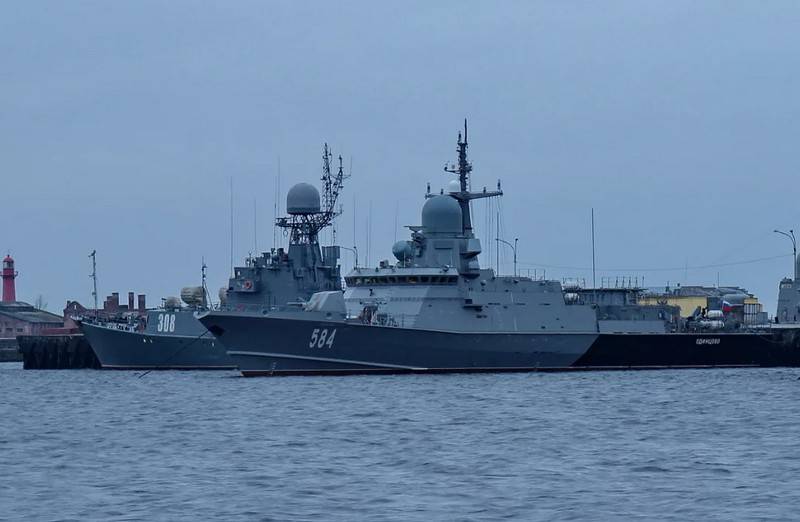 The second serial small missile ship (RTO) of project 22800 (code "Karakurt") "Odintsovo" is fully prepared for passing factory sea trials, which will begin in the near future. It is reported by Mil.Press FlotProm, citing a source in the shipbuilding industry.


According to the publication, a marine version of the Pantsir-M anti-aircraft missile and artillery complex was installed on the ship. In late April, the ship started to demagnetize, mooring trials began in mid-February.

At present, RTOs are preparing to enter the factory sea trials, which were supposed to begin in April, but due to the situation with the spread of coronavirus infection, they were postponed indefinitely. The crew of the ship, trained at the Joint Training Center of the Russian Navy in St. Petersburg, is on board the MRK and is preparing it for sailing.

As previously reported, RTOs are planned to be transferred to the Navy before the end of this year, the ship will go to the Baltic.

RTO Odintsovo (formerly Shkval) is the third ship in the series laid down at Pella and the second serial after the lead Mytishchi and the first serial Sovetsk, which were already part of the Baltic fleet. Laid down / launched on July 29, 2016 / May 5, 2018.

We are in Yandex Zen
RTO "Odintsovo" project 22800 began mooring trials
The first 22800 missile system with the Pantsir-M naval air defense system is ready for testing
51 comment
Information
Dear reader, to leave comments on the publication, you must to register.