Silent mortar shot: what are the features of the new project for the APU 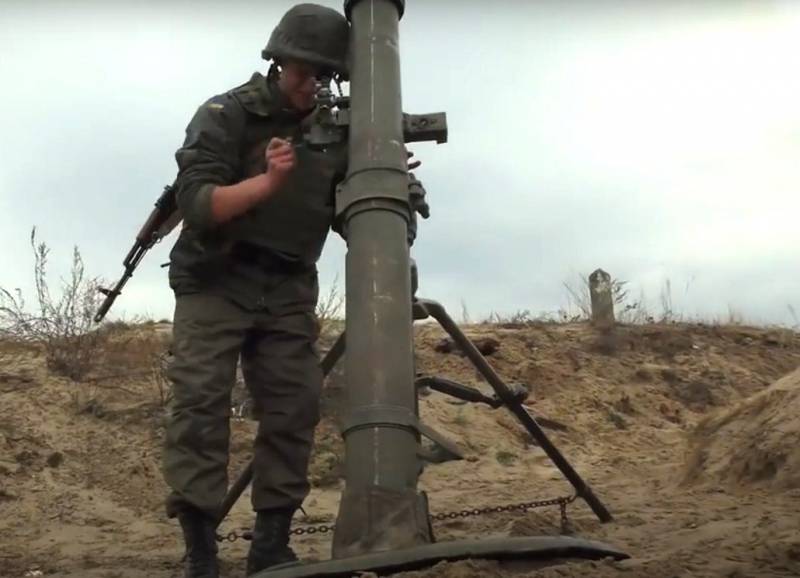 In recent years, Ukraine has repeatedly announced the success of its military industry. So, Design Bureau "Yuzhnoye" has patented a silent mortar fire system.


Recall that the Design Bureau "Southern" named after M.K. Yangel, like almost all the existing Ukrainian defense enterprises, was created in Soviet times and initially worked in the field of ballistic missile production. After the collapse of the USSR, Yuzhnoye Design Bureau was one of the few enterprises that did not stop their work. Moreover, in recent years it has been repeatedly marked by ambitious statements, for example - it announced the creation of a lunar base and a jumping lunar module.

But in addition to rocket and space technology KB them. Yangelya is also engaged in more “mundane” developments in the field of conventional weapons. One of these developments is the presented concept of silent mortar shooting. Recall that in 2018 at the Ukrainian exhibition “Weapon and safety ”Rubin company has already introduced the silent whisper mortar. Now, the Yuzhnoye Design Bureau has come up with a project for a silent shot for a mortar.

The effect of the absence of noise when firing a mortar gives the locking of the combustion products of the propellant charge inside the shell. As a result, the noise of a mortar shot will be about the same as the noise of firing small arms with a silencer. The Yuzhnoye design bureau concept provides for the possibility of changing the amount of charge and adjusting the mortar firing range. 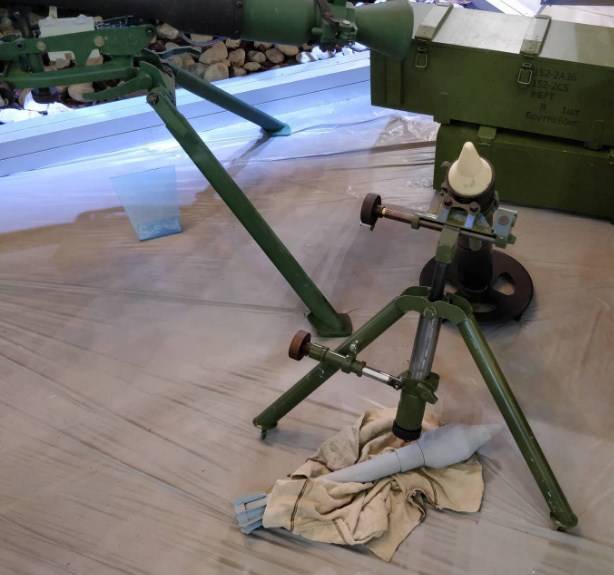 Silent Whisper mortar at the 2018 exhibition
What is a silent mortar shot? This is a detachable shell consisting of a warhead, a discrete propellant charge, a shank with a stabilizer and a piston with an initiating device located inside the shank. The warhead consists of a thin-walled tube, on which a set of fragmentation rings with fragmentation concentrators is fixed. At the ends, threaded shoulders are made for connecting the pipe to the contact landing pad and the connecting housing in which the propellant charge is located. The amount of propellant charge can be adjusted. 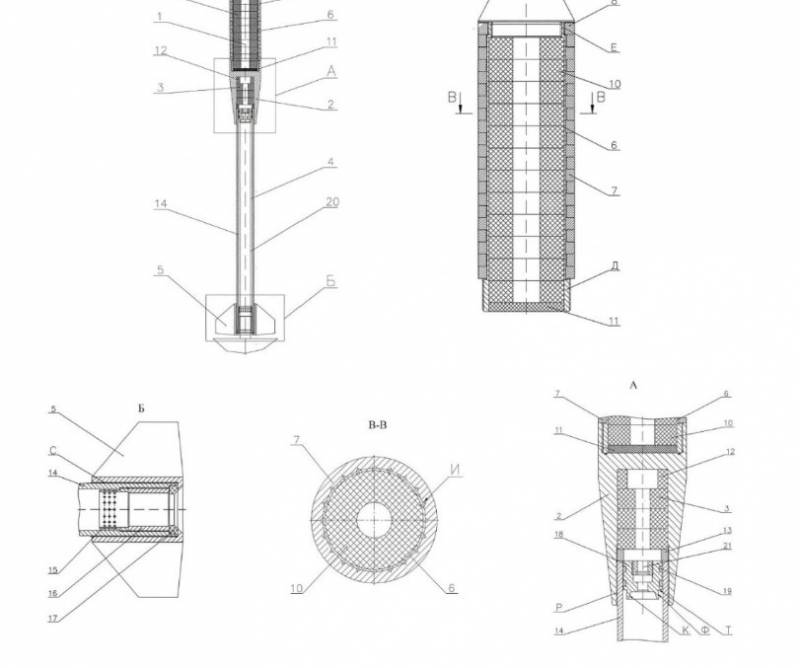 The possibility of a silent shot significantly increases the efficiency of using a mortar in combat conditions. In the patent, among such silent mortar firing systems is called the shot NR 208A3, which equips the silent portable mortar NR 8111A5 FLY-K.

But Ukrainian experts emphasize, among the shortcomings of this system, the impossibility of changing the amount of explosive in a propellant charge, and this feature, as we know, significantly reduces the possibility of changing the firing range. In the design of Yuzhnoye Design Bureau, this deficiency was eliminated: the amount of explosive in the charge can be adjusted.

But to talk about the receipt of a new system of silent shots in mass production is still premature. After all, the first tests of the prototype did not even pass. However, it should be noted that if the production process is established, the Armed Forces of Ukraine will be able to equip silent shells for mortars and grenade launchers.