There is a word: winners! 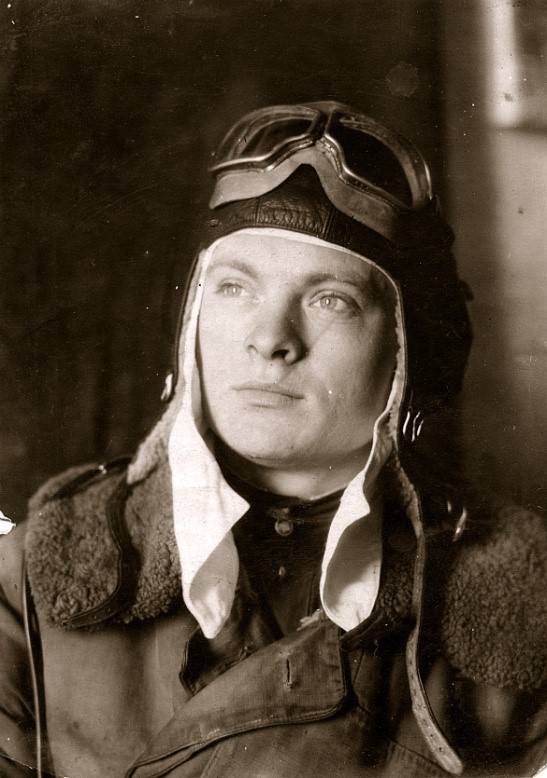 I will not forget this apartment

Moiseenko Pavel Fedorovich was born on November 19, 1926 into a peasant family hailing from the village of Minderla, Sukhobuzim district, Krasnoyarsk Territory. Father, Moiseenko Fedor Pavlovich, died in the same 1926. Mother, Moiseenko (Mnogogreshnova) Natalia Dmitrievna born in 1900, one was managed with a family of six people. Then she remarried her husband’s brother, Grigory Pavlovich, and in 1935 moved with her family to the city of Krasnoyarsk in a basement apartment in building No. 21 on Lebedeva Street.

- I remember this apartment from early childhood. Then I was fond of collecting stamps, and the daughter of the landlady Antonina worked at the post office, often brought me various stamps, and we sat with her in a tiny room for a long time, looking at beautiful pictures on stamps.

The furnishings of the apartment were very modest. Dressed with a caring female hand, an iron bed with shiny knobs, a grandmother’s chest covered with a colorful mat, striped doormats, hand-knitted on the floor, a table, several chairs with fancifully curved backs, in the corner of the icon, a mirror, that’s all the decoration.

Two windows peered from the room into the street. The apartment was a semi-basement type, and therefore through the upper part of the windows only the sidewalk and quickly flashing boots, canvas shoes, boots and other shoes of passers-by were visible. If you stand on the windowsill and look into the window clearance, you could see wooden houses, gates, fences on the opposite side of the street. I spent a lot of time on this windowsill, examining the feet of passers-by, counting the steps and making faces for boy friends who looked out the windows from that side. 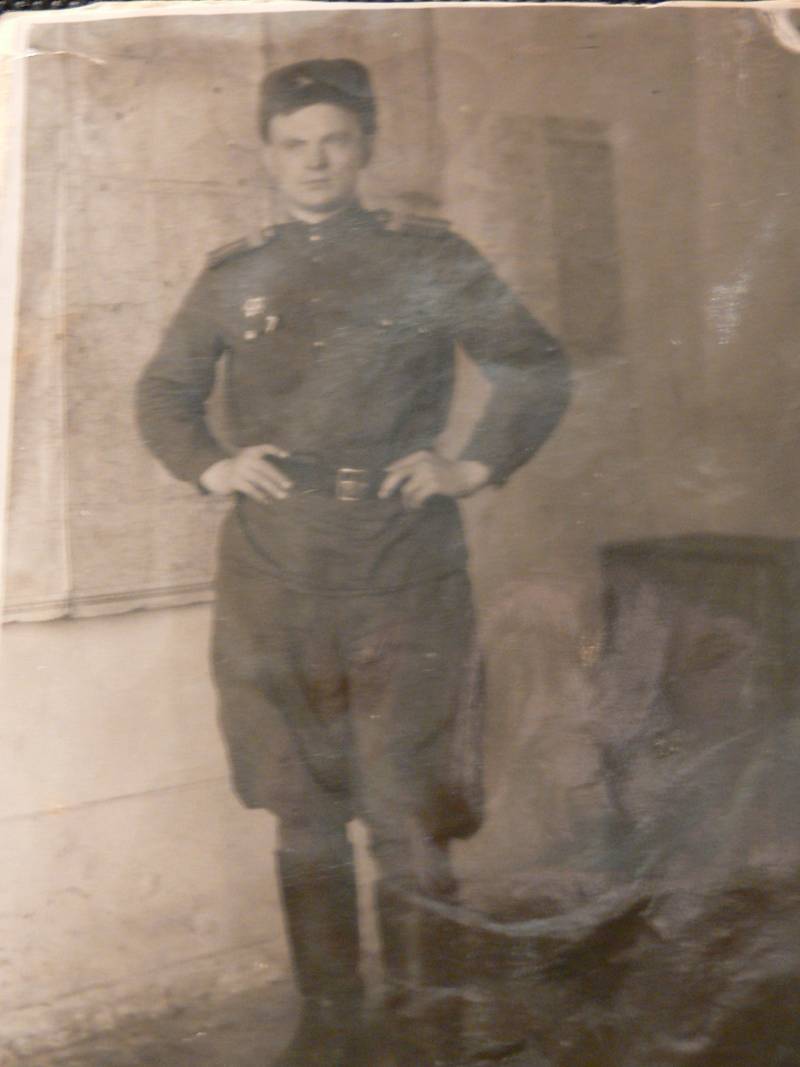 I don’t remember who lived in the house upstairs, but I remember well the wide courtyard with a wonderful maple alley, in the shadow of which stood a sculptural composition depicting I. Stalin sitting and Y. M. Sverdlov standing next to him. At the end of the alley, near a high brick fire wall, there was a one-story wing, or rather, a barn, which housed a museum dedicated to the Siberian exile of famous revolutionaries.

In that courtyard, my boy friends and I were playing war, in the “chizhik”, driving the rim of a bicycle wheel on a curved wire, and in turn riding an adult bicycle under the frame. It used to be that a table was brought out to the alley, where relatives gathered, celebrated holidays, sang long Siberian songs, talked about life and war.

After graduating from a vocational school in 1942 and receiving the specialty of “cable telegraph operator, communications technician,” Pavel Fedorovich was sent to work in the Sukhobuzimo district center, where he worked in his specialty until March 1943. Then he got a job in the specialty at the Krasnoyarsk city telephone station.

In October 1943 he was drafted into the ranks of the Red Army and sent for retraining to a junior school aviation specialists (SHMAS), located at the railway station of the city of Krasnoyarsk in the premises of the barracks, where, according to the stories of local residents, Italian prisoners of war were previously held. He trained at ShMAS from November 1943 to April 1944. After graduating from school, he received the specialty "gunner-radio operator" and was sent to the city of Kazan, and then two months later to Kostroma, as part of the forming military unit No. 749762. 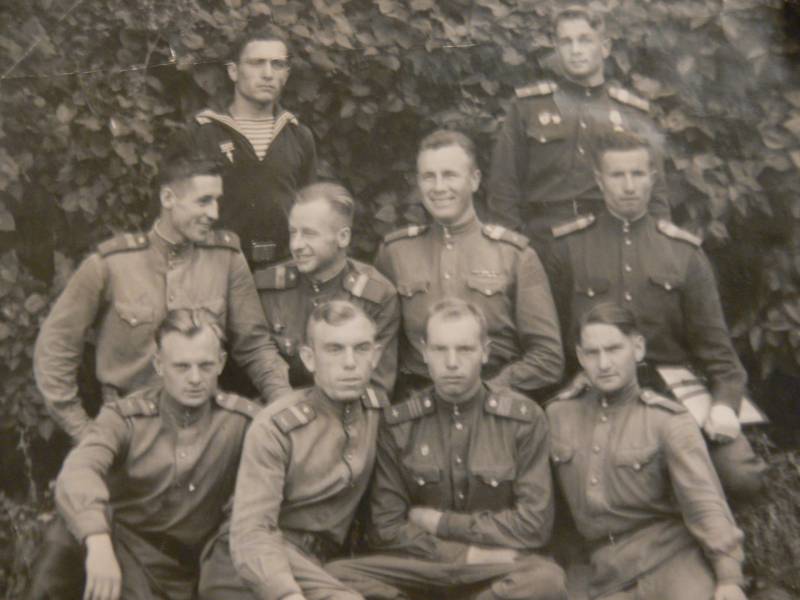 In November 1944, after completion of the formation and development by the personnel of the American Boston brand aircraft, a part was sent to the city of Bialystok and became part of the combat units of the 2nd Belorussian Front under the command of K. K. Rokossovsky.

As a child, my brother and I did not hear any stories from the father about the war. Well, he did not like these conversations! And even when he met with friends-veterans, he kept silent more and more and listened to others. Once, when I was already a student, I found among my old Nata, among my old yellowed photographs and newspaper clippings, my father’s military flight book. And it recorded more than thirty sorties. Of course, I felt proud of my father! 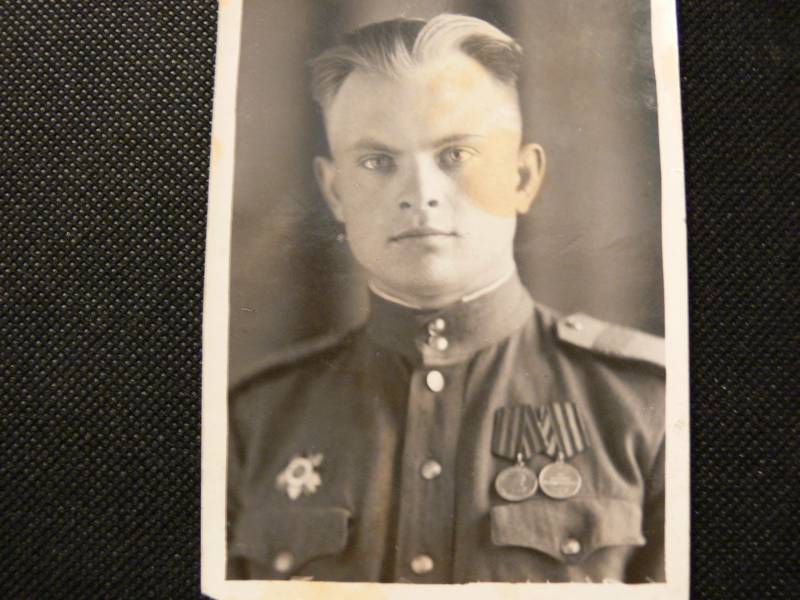 Reading into the concise lines of the flight book, I imagined a heroic shooter-radio operator attacking enemy planes in the sky over Germany! Of course, then at the age of twenty I could not even think that for my father, who was only eighteen years old during the war years, every sortie could be the last.

The battle path of P.F. Moiseenko ran through the cities of Bialystok, Rossosh, Torun (Poland), Thorn, Merkish Friedland (Germany). During the period of hostilities, he made more than 30 sorties. Participated in air battles, burned, saw the death of comrades. It was hit under the city of Danzig.

When I arrived in Krasnoyarsk to celebrate the 85th anniversary of my father, I asked him to tell about this case.

At the beginning of 1945, on a Boston plane, the crew, as part of a squadron of bombers, flew out on a combat mission to the city of Danzig.

During the military operation over the sea, the squadron was attacked by anti-aircraft fire from German ships in the bay. The aircraft’s hydraulic system was interrupted by fragments of an exploding shell. As a result, a serious problem arose with the opening of the bomb bay and the release of the chassis. I had to return to my native airfield and circled over it for a long time, dropping fuel. They dropped the fuel, but it’s still impossible to land on the aerodrome strip: in the hatch of the bomb the front landing gear does not come out to the end!

We decided to sit on the field near the airfield. Of course, it was very dangerous: with a hard landing, bombs could explode, the plane could just crash to the ground. But lucky! From the impact when touching the rear landing gear with the ground, the front strut “reached” and fell into place. Therefore, the landing was in normal mode.

We picked up father’s awards

With what trepidation in childhood we took up fatherly awards! Over time, they faded, and before my father went out in full dress for a holiday or event, my brother Sergey and I cleaned the awards with tooth powder and rubbed a cloth with a cloth to shine.

I remember that in the early 60s, my father took me with him to the celebration of Victory Day in the park behind the Rodina cinema. Gathered a lot of war veterans and the military. Played a brass band. Front-line soldiers put on a military uniform with orders and medals. I was just struck by the atmosphere of the holiday, the clink of medals, waltz couples, war songs!

What all of them were young, beautiful even on crutches, cheerful, self-confident and in the future! Real heroes! Real winners! Boys were spinning around, discussing who had what awards, aspirated listening to the stories of war veterans, were proud of their fathers and relatives and envied their military exploits. This childhood impression of joy, May, Victory remained with me for life!

After the war, his father served in aviation units in the cities of Shroda (Poland), Proskurov (Ukraine, now the city of Khmelnitsky). Demobilized in 1951 and arrived in Krasnoyarsk. In August 1951, he got a job in the specialty of “communication technician” at the UMTS p / 9 (now the city of Zheleznogorsk). Served the construction projects of the city and the mining and chemical plant (MCC).

In 1958, his father went to work in the Mining and Chemical Combine as a 6th-category instrument taker. He worked in a shift, in a workshop for the repair of instrumentation. After receiving the 7th rank, he worked as a technician for instrumentation and automation. He worked and constantly studied.

In 1954, when he was already 27 years old, his father entered the 6th grade of the working youth school. After graduation, he entered the correspondence department of the Moscow Polytechnic Institute, where he graduated in 1970. After graduation, he worked as an instrumentation and automation engineer, and then, from 1985 until retirement, he worked as a safety engineer for the repair and mechanical workshop of the Mining and Chemical Combine. 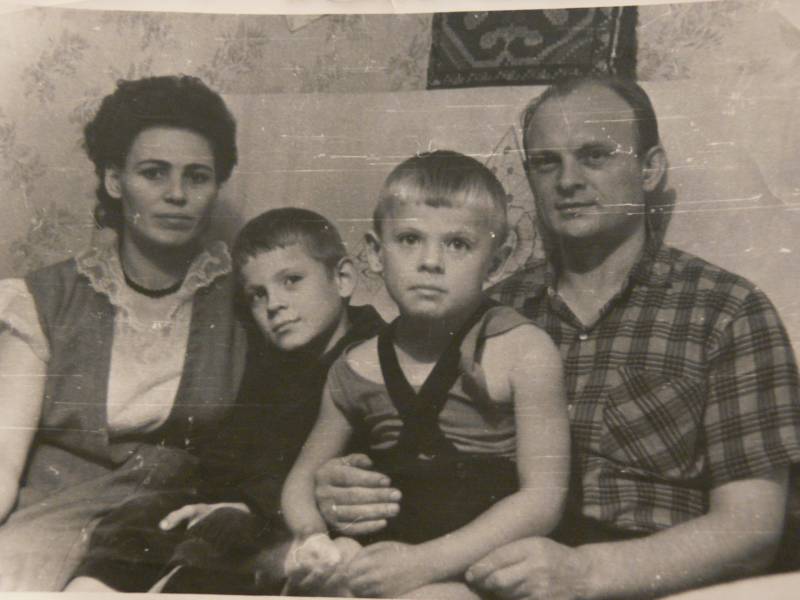 Most of my childhood and youthful memories are related to how my father studied. First, at a school for working youth, and then at home after work, where subjects of higher polytechnical education were independently studied and mastered. My father always had and still has an amazing thirst for knowledge! Moreover, in any area of ​​human activity, from the love of music and literature to the knowledge of physical laws and complex technological processes.

Despite the fatigue and lack of time, with amazing stubbornness, father almost every day sat down at books and read, believed, drew until late at night. Father discussed everything that he studied with me and later with his younger brother. Therefore, my brother and I learned about proportions, decimal fractions, equations, logarithms, integrals, and many other mathematical and physical wisdom even before we began their study at school and then continued at the institute.

Of course, all the conditions for the successful study of his father were created by his mother, Evdokia Averyanovna. She worked, houseworked, constantly ensured that the men in the house were fed, shod, dressed, studied well and had time to do everywhere. And she succeeded to the fullest!

Many, many years have passed since then. Having not lived two days before her 85th birthday, in April 2015, her mother passed away. In 2016, together with my brother and children, we celebrated the 90th anniversary of Pavel Fedorovich. He lives in Zheleznogorsk, which, together with his mother, began to build from the first tent.

Pavel Fedorovich - a veteran, a front-line soldier, one of the first builders of the city. He is known and appreciated as a deserved and respected person. Fathers are constantly invited to meet with schoolchildren and youth. He, a veteran of World War II, participates in the celebration of Victory Day in Zheleznogorsk and Krasnoyarsk, as well as in other patriotic events. 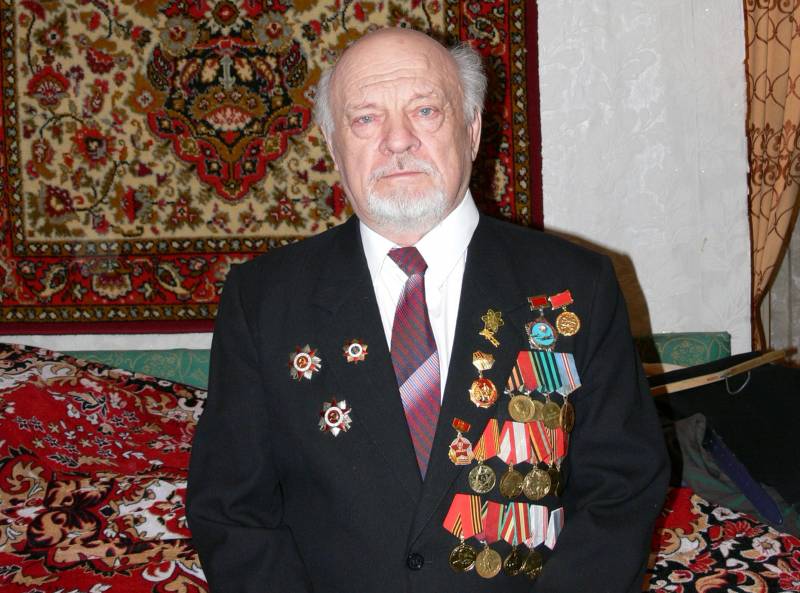 I am truly proud of my parents. If I were asked to characterize these wonderful people with one word, I would answer that there is such a word: WINNERS!

Ctrl Enter
Noticed a mistake Highlight text and press. Ctrl + Enter
We are
Do you remember, sapper? Do you remember, sister?Fathers are the winners. Heroes of bygone days
16 comments
Information
Dear reader, to leave comments on the publication, you must to register.