Why is the “umbrella” of the air defense missile defense of the airborne forces of Russia and Syria again broken? Hel Haavir raid details on Es Safira 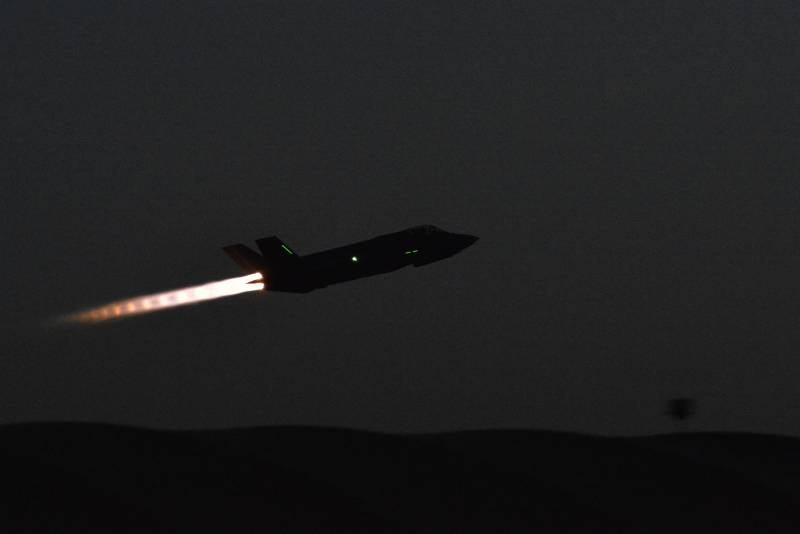 After a recent attempt to launch a tactical precision missile strike aviation The Israeli Air Force, at a research center near Es Safir (Aleppo governorate), reporters and commentators of numerous domestic military-analytical publications again went all out in search of arguments in favor of Moscow’s likely unilateral withdrawal from Russian-Israeli agreements to prevent incidents in the air space of Syria. They also continued to dream stereotypically and naively about the possibility of giving the Syrian Armed Forces command carte blanche for the use of long-range S-300PMU-2 Favorit air defense systems against Hel Haavir aviation, which went on combat duty as part of combat units of the SAR air defense forces in the fall of 2018.


Meanwhile, given the lack of a proper “response” of the General Staff of the Russian Armed Forces as a whole and the command of the Russian Air Forces to provocatively barrage the Israeli F-16I “Sufa” squadron in the scanning sector of the 5H62V radar and guidance of the Syrian S-200V air defense system (on the same line of sight as calling at the landing of a radio-electronic / electronic reconnaissance aircraft Il-20M of the Russian Aerospace Forces), which ultimately led to the "friendly fire" of the ZV 5V28M in the Russian car and the death of the crew, it would be extremely naive to believe that the Israeli F-15I Ra`am is a very ordinary raid, F-16I Sufa or the F-35I Adir to another strategically important research center in the Aleppo province will force the Kremlin to radically change the disposition in the observed Russian-Israeli agenda in the direction of its noticeable tightening.

And therefore, it is quite obvious that with each passing month these strikes will be more and more sophisticated. Indeed, for example, now, against the background of complete inactivity of the Syrian air defense systems S-300PMU-2, Buk-M2E, S-125 Pechora-2M, as well as the removal of the command of the mixed aviation brigade of the operational assignment of the Russian Aerospace Forces in the ATS (deployed on Aviation Aviation Khmeimim) from the tasks of erecting a layered zone A2 / AD in Syrian aerospace over all areas of the western coast of the Euphrates, the command of the Israeli Air Force significantly expanded the geography of missile and air strikes carried out on the Syrian theater of operations, shifting the launch plan boiling UAB GBU-39 / B SDB, as well as subtle tactical missiles «Delilah-AL» and «Popeye-II» 250-300 km north-east of Anti-Lebanon mountain range (in the border region between the provinces of Hama and Aleppo).

It is logical to assume that in order to reach these launch lines (the descent of the above high-precision weapons from the suspension nodes of Israeli fighters) the flight paths of the latter should lie above the central sections of the Homs province, which have a relatively flat terrain, do not exclude the detection of Israeli fighter aircraft through the surveillance radar of anti-aircraft missile and artillery systems “Shell-C1” and 9C18M1-3 “Kupol” radar detectors Buk-M2E military air defense systems, located mainly on single dispersed hills near mixed-base airfields Neyrab, Zayman and Kvayr a.

And this is not to mention the fact that today the air defense system of the Syrian Arab Republic is partly network-centric unit, where medium / long-range air defense systems of various types deployed near Palmyra, Khanasir and Es-Sukhne are aggregated into a single information space through automated control systems for the mixed anti-aircraft missile brigades Polyana-D4M1, Baikal-1ME, and, possibly, Ranzhir-ME. The latter, however, can in advance receive information on the tactical air situation at low altitude sections of distant approaches from any means of radar reconnaissance (from DRLOiU A-50U aircraft to all-altitude detectors 96L6 VKS of Russia and 30H6E2 illumination radars located on universal 40V6DM towers and having an extended radio range).

Meanwhile, this time, despite the deep penetration of Israeli tactical aircraft into the anti-aircraft zone of restriction and prohibition of access and the maneuver A2 / AD of the Syrian air defense forces (according to informed sources in the defense department of the SAR, Israeli fighters were discovered by DRLO radar operators assigned to the Syrian anti-aircraft missile , at a distance of about 100 km from Es Safir, which means that Israeli pilots no longer even seek to conceal their location by operating at medium altitudes), there were only interceptions of launched tactical ra ket, while the interception of carriers of the WTO has not traditionally been carried out.

This is where the question arises of the appropriateness of deploying such powerful positioned air defense areas of the Russian Air Defense Forces and the transformation of Syrian air defense forces into a network-centric system, when at the geostrategic level (on the same Middle Eastern agenda) our positions remain very shaky, and the observed geopolitical “softness” "To this day does not allow to realize the full range of capabilities of such a complex and far from cheap to maintain anti-air / missile" umbrella ".

Ctrl Enter
Noticed a mistake Highlight text and press. Ctrl + Enter
We are
There is no right to error. Will the C-300 be saved from the new IDF tactics?F-35A and the new look of Hel Haavir. Netanyahu's loud statement "stumbles" about the power of modern Iranian air defense
260 comments
Information
Dear reader, to leave comments on the publication, you must to register.