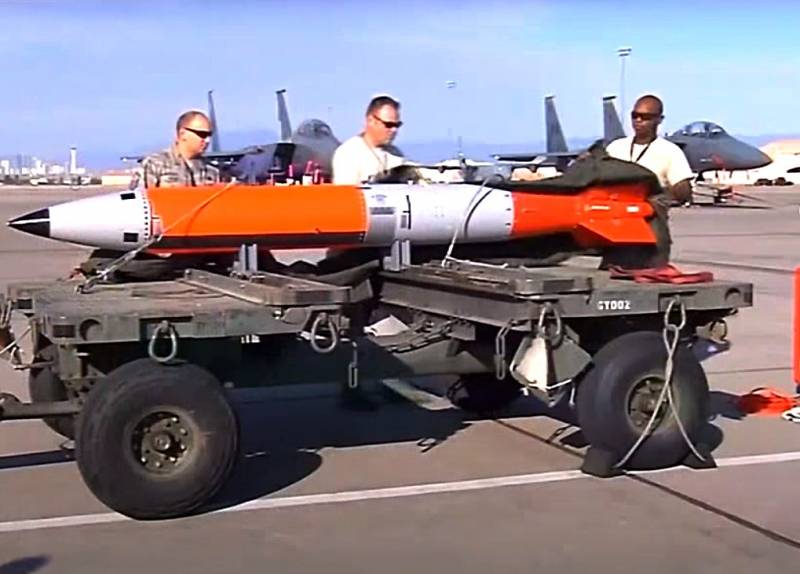 The issue of nuclear withdrawal weapons The USA from Germany in recent years has been rising more and more. The discussion in German society is closely watched in neighboring Poland and there are reasons for this.


As you know, nuclear warheads were deployed by Americans in Europe, including Germany, during the Cold War, as a counterweight to the Soviet Union and its nuclear arsenal. But thirty years have passed since the collapse of the USSR, and the American military still remains in Germany.

This situation does not suit many Germans who believe that a military presence not only degrades national dignity, but also poses a threat to the environmental safety of the population. After all, the deployment of nuclear weapons always carries with it certain risks - in the event of an armed conflict with Russia, Russian missiles will be hit, first of all, by military facilities with American nuclear weapons, but without conflict there is little good that there is always the likelihood of a man-made disaster.

The leader of the SPD parliamentary faction, Rolf Mutzenich, called on the German authorities to organize the withdrawal of American nuclear weapons from the country. SPD Chairman S. Esken supported her colleague, stressing that it is better to spend money on the fight against social inequality and on raising the level of education of the population, rather than on nuclear weapons.

However, the German Foreign Minister Heiko Maas, although he himself belongs to the SPD, reacted very skeptically to the position of the leaders of the Social Democrats. He believes that Germany should not quarrel with the most important partner in NATO - the United States. Representatives of the CDU / CSU right-wing party, to which German Chancellor Angela Merkel belongs, also opposed the withdrawal of nuclear weapons.

At the same time, the probability of the withdrawal of US nuclear weapons from the territory of Germany remains quite high, at least under the next chancellor, especially if the SPD wins, such a scenario may well become a reality. And then what? Many German experts believe that the United States will not refuse to deploy nuclear weapons in Central and Eastern Europe and will simply transfer its facilities to neighboring Poland. This, in turn, will only contribute to a further increase in tension in relations with Russia.

In Poland itself, the discussion is being watched closely. Unfortunately, among many representatives of the Polish public, the belligerent mood prevails over common sense. They seek to rattle with weapons, even at risk for their own safety.

For example, someone Sisauer writes:

All you have to do is bring the bunkers back to life in Miedzyrzecz, where the Soviet Union kept its nuclear weapons until 1989. These silos are still in excellent condition.
Commentator Julian calls for the deployment of any quantity of nuclear weapons in Poland, as Germany allegedly sided with Russia long ago and would enter into trade and military alliances with it. The United States, according to the commentator, is the only reliable ally for Poland. Obviously, the masochistic love for such an ally is so great that the commenter is even ready to accept death in the event of a preemptive strike on American nuclear facilities in Poland, as well as the consequences of a possible technological disaster.

In Poland, it is made clear that the deployment of American weapons on their territory (primarily the tactical aviation-based nuclear warheads) is not impossible for Warsaw in principle.

Apparently, arguing about the desirability of deploying American nuclear weapons, Polish commentators are not quite aware of the size of Poland. Meanwhile, Poland is not Russia, not China and not the USA. Nuclear facilities will have to be located in densely populated areas, with all the ensuing risks.

But it is difficult for amateurs to rattle with arms to take a sober look at this situation, to calculate all the possible prospects for Poland in order to understand: placing nuclear weapons on their territory is not so much a privilege as a tremendous responsibility and a very big danger.
Ctrl Enter

We are in Yandex Zen
Yuri Drozdov: Russia prepared the role of the sacrificial calf
The dangerous future of US strategic forces ("PetroleumWorld", Venezuela)
63 comments
Information
Dear reader, to leave comments on the publication, you must to register.