The future of the fleet of LNG tankers in Russia: a submarine nuclear tanker in the future 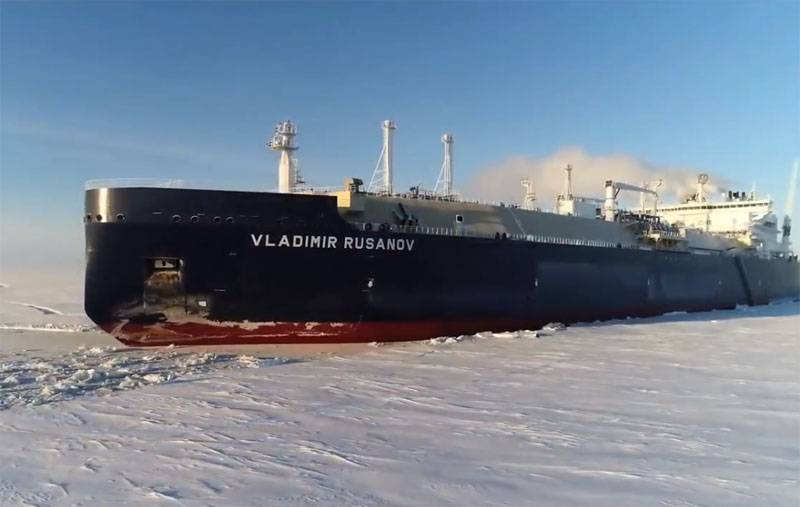 The lion's share of world production of tankers for transporting liquefied natural gas belongs to South Korea. It has released approximately two-thirds of all LNG ships in the worldfleet. In Russia, this branch of shipbuilding is in its infancy. But now, when the production of liquefied natural gas is beginning to develop in our country and the geography of its export is expanding, interest has also appeared in creating domestic sea vessels adapted to transport this type of fuel. 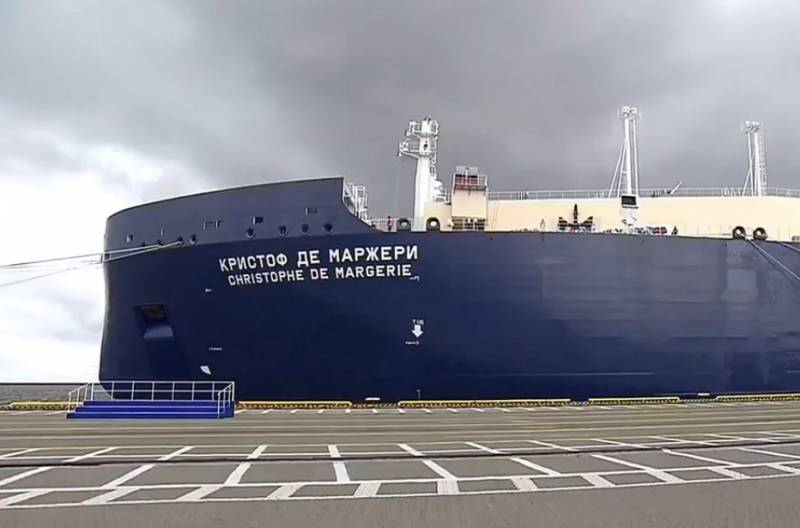 Already there are certain developments that allow us to argue that today Russia is on the verge of creating its own fleet for transporting liquefied natural gas.

On September 4 last year, at the Eastern Economic Forum, Russian companies Novatek and Sovcomflot signed a contract for the creation of a joint venture Modern Arctic Marine Transport (SMART). The task of the new enterprise is the construction and further operation of the fleet for transporting the products of the Arctic LNG-2 liquefied natural gas plant.

It is estimated that the creation of such a fleet will cost $ 5,5 billion. VEB will provide these funds under a leasing scheme. In addition, the organizers do not mind attracting outside investors into the project.

As part of the project, it is planned to create 17 Arc7 class vessels capable of sailing along the Northern Sea Route. They will run between Yamal and transshipment ports. In the west, the final destination will be in Murmansk, and in the east - in Kamchatka. There, liquefied gas will be loaded onto conventional LNG tankers. Such flights will continue uninterrupted year-round.

According to experts, the fossil fuel reserves of Yamal are approximately 13 trillion cubic meters, so any project related to the natural resources of this region is planned for a long time.

The creation of new tankers was entrusted to the Russian shipbuilding company Zvezda. Their transfer to operation is scheduled for 2023-2025. 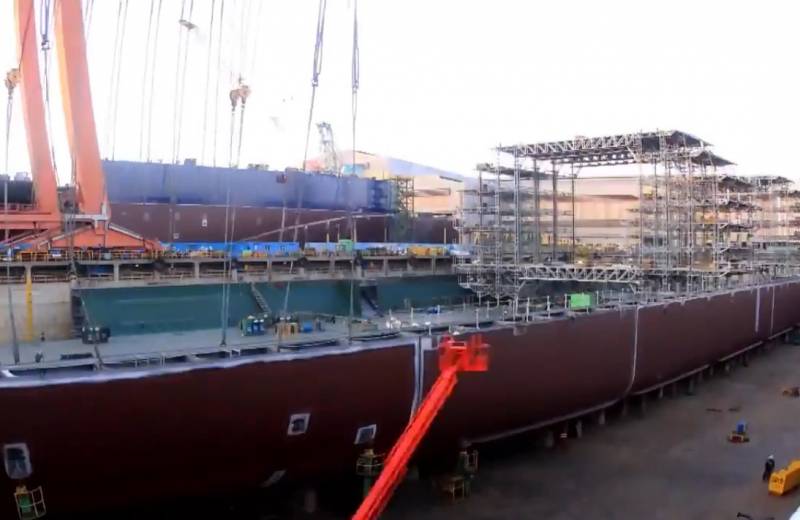 Tankers for the Arctic LNG-2 plant will be structurally different from the ships built for Yamal-LNG, which were designed to sail both through ice and open water. In contrast, Arc7 is intended to be used only in the Arctic. Therefore, they will become narrower and more powerful in order to better pass through the ice.

On the path of LNG shipbuilding, Russia does not take the catch-up position, but goes its own way, offering innovative innovative solutions. A striking example of this is the creation of Arc7 class ships, which were mentioned above. Our country began the implementation of the project, taking into account the Russian specifics, and set about creating specialized tankers for transporting liquefied gas through the ice of the Arctic.

Another project of Russian shipbuilders is completely unique. They began work on the creation of the world's first nuclear submarine LNG tanker. This development was undertaken by the St. Petersburg Maritime Bureau of Engineering "Malachite". Work began last spring.

A gas carrier submarine is being developed for a foreign customer. It is planned to be used to transport gas produced in the northern fields along the eastern route.

Information about this appeared in the form of a company report on the corporate portal.

The last few decades, the main specialization of Malachite is the creation of nuclear submarines for the Russian Navy, which is why this organization was chosen for the development of LNG submarines.

Recently, the degree of pollution of our planet makes it toughen environmental safety requirements in all sectors, including transport. First of all, they paid attention to road transport, as one of the most significant sources of air pollution. Now the turn has reached other modes of transport, including sea.

In particular, the International Maritime Convention has significantly tightened the requirements for the emission of harmful substances into the atmosphere.

Therefore, shipowners have to install soot traps, filters and other cleaning equipment. Because of this, many have thought about using natural gas on ships, which is one of the most environmentally friendly types of fuel.

Norway has become a pioneer in this area, using liquefied natural gas as fuel for ships for about 20 years. It was followed by Finland and Germany. Recently, the "gas" development and the Chinese. Now there are about 150 such vessels in the world, at least half of which belong to Norway.

In Russia, too, this direction begins to develop. In particular, it is known about the project for the Vyborg Shipyard to build four icebreakers for Atomflot, with a capacity of 45 MW. They plan to equip them with power plants that can operate on diesel fuel and LNG.


Prospects for the establishment of LNG bunker vessels

In addition, with the advent of LNG-powered vessels, there is a need to create refueling vessels. The probability of creating bunker vessels (tankers) was considered by one of Gazprom Neft's subsidiaries.

It became known that KGNTS (Krylov State Scientific Center), on its own initiative, began to consider the possibility of LNG bunkering back in 2012. The reason for this was the information that the introduction of more stringent requirements for harmful emissions for ships became inevitable. And in 2013-2014, already in the framework of the state order, the specialists of the scientific center created a project for a small bunker for 3 thousand cubic meters. The project was even presented at several international exhibitions.

In addition, the KSCC developed a series of self-propelled and towed bunker projects and conducted model tests. At the initial stage, while the bunkering market had not yet become large, the developers proposed to produce barges with removable cargo modules so that they could be quickly converted to bunkers and vice versa.

Thus, Russia is preparing the ground to respond in a timely manner to the massive transition of ships to LNG fuel.

It seems that the Russian Federation has the opportunity to occupy its own niche in LNG shipbuilding, finding its specialization, and not trying to copy the achievements of leaders in this industry. Our country is simply forced to do this, because it is simply impossible to conquer new markets on other continents for domestic gas without our own fleet of LNG tankers.

We are in Yandex Zen
Gas victory of Russia
Situational analysis of the death of the MH17 flight (Malaysian Boeing 777), made on the basis of engineering analysis from 15.08.2014
65 comments
Information
Dear reader, to leave comments on the publication, you must to register.