In India, they told how they intend to intercept foreign investment from China and what does the coronavirus have to do with it? 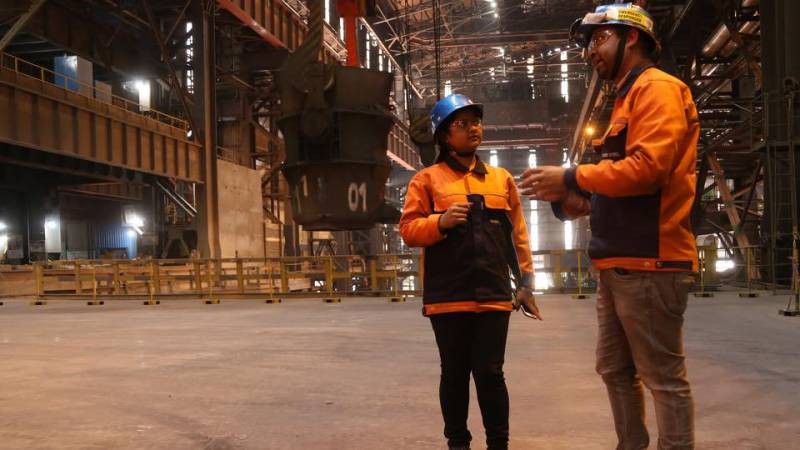 The Indian media published a statement on measures to attract foreign investors to the country. In particular, we are talking about projects to create large foreign brands in the Indian territories of industrial enterprises. The main task is to receive a part of the investments that foreign companies direct today to China, where plants and factories with foreign financing have already been built.


The Indian press reports that "many foreign companies are ready to withdraw production from China in connection with the coronavirus pandemic and Beijing's concealment of data on the real number of infected in this country."

India decided to take advantage of the situation and intercept foreign investment from China. To this end, she made a proposal to invest in projects on her territory, offering cheaper labor than in China. The proposal has already interested some American and Saudi companies, including Saudi Aramco, the largest oil producer. However, until recently, there were problems with the placement of enterprises in India with a foundation in the form of foreign capital. The fact is that it was necessary to slightly amend the legislation and offer foreign investors the allocation of land necessary for their projects with infrastructure.

Having decided that there would be no longer any other chance to “snatch” investments that had been addressed to China lately, the Indian authorities took a special measure. According to the Indian publication The Economic Times, the country's authorities are working on the possibility of transferring the necessary areas of Indian land for long-term use to foreign companies. According to the publication, we are talking about such areas that correspond to the territory of the “two Luxembourgs”. The exact value is named as follows - 461 589 ha.

These are territories that are located in several states of India, including Gujarat, Andhra Pradesh and others.

Land has been one of the main obstacles for companies that want to invest in India. Saudi Aramco's plans were frustrated due to delays in the acquisition.
The Saudi company itself said that despite a 20,9% drop in profits (March data), Saudi Aramco will continue to invest in India and will increase it due to the high potential of the Indian market.

Investors, according to the Indian press, seek to reduce their dependence on China as a manufacturing base after the outbreak of coronavirus and, as a result, disruption of supply.

Currently, investors interested in setting up industrial production in India must acquire land on their own. The process in some cases delays the project because it involves negotiations with the owners of small plots. Providing land with electricity, water and access to roads can help attract new investments in an economy that slowed down before the coronavirus began to spread.
Directions for investing in transferring to land use were selected: electrical engineering, pharmaceuticals, medical devices, electronics, heavy machinery, solar equipment, food processing, chemicals and textiles, petrochemicals.

The main investors are the United States, Saudi Arabia, Japan and South Korea. As you can see, not a single BRICS country is on this list.

This article in a major Indian newspaper itself attracts attention for several reasons.

Firstly, it is noted that problems in the Indian economy (and by and large, in the entire global economy) began to appear even before the news of the coronavirus. Therefore, they are now trying to write off any economic setbacks on coronavirus.

Secondly, it becomes clear Washington’s pressure on Beijing with allegations of silence about the extent of the disease and the concealment of data on the onset of an outbreak of coronavirus. The United States is attempting to withdraw at least part of its production from China with the search for jobs with cheaper labor force and possibly greater political dependence on the United States. At the same time, talk that production from China will be withdrawn exclusively in the United States will probably remain talk.

It remains to find out what measures China is ready to take in order not to lose the multibillion-dollar foreign investment that feeds its economy.

Ctrl Enter
Noticed a mistake Highlight text and press. Ctrl + Enter
We are
Coronavirus COVID-19: threats, consequences, actionsStrangulation: the context, conduct and consequences of the American naval blockade of China
12 comments
Information
Dear reader, to leave comments on the publication, you must to register.