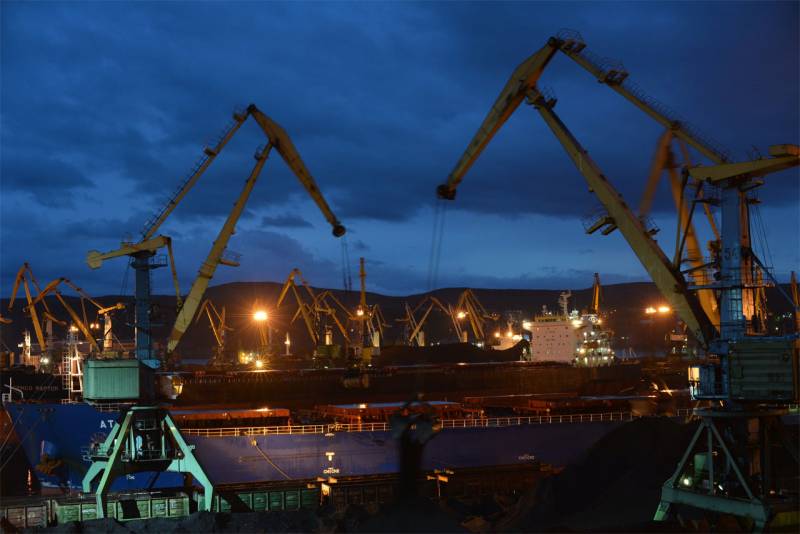 Among the many paradoxes that one encounters when comparing the potential of our country and the realities of its current economic development, there is one such thing: with the longest coastline in the world, Russia, alas, is not at all a port power No. 1. Why is this happening, is it possible to change position and what is needed for this?


We have to admit: having at the moment in our own register of 67 seaports alone, our country is in many ways lagging behind not only states in which their development is a centuries-old tradition and the basis of prosperity, but also from many “young and early” competitors who began to develop their own port infrastructure not so long ago. The competitiveness of our seaports is a problem.

Perhaps the standard here can be considered the ports of Southeast Asia and, above all, China. For some decade, Southeast Asian countries not only made a real breakthrough, but also pushed the previously recognized leaders to the lower positions of the corresponding ratings.

In 2012, for example, in the field of container transportation, the world famous Rotterdam was in 6th place, losing to Shanghai, Singapore, Hong Kong, Shenzhen and Busan. Still - after all, the same Shanghai port since 2000 has increased its cargo turnover by almost 7 times! There is something to learn from the Chinese comrades who, in a couple of decades, almost from scratch, created a number of ports of such a level that they own 8 out of 10 positions in the list of the largest "sea gates" of the world! The whole point here was in the global and long-term strategy adopted at the end of the last century at the state level and rigorously implemented.

This is not to say that things are so bad with us in this matter. However, this year the implementation of the federal target program "Development of the transport system of Russia", designed for 2010-2020, should be completed. Let's be honest: it has not yet brought any qualitative breakthrough. Last year, in one of his interviews, the general director of FSUE “Rosmorport” Andrei Lavrishchev said that the country “has a task to turn its ports into modern harbors”. From this alone, it can be concluded that at the present stage of their development, so far, alas, they cannot.

The work is underway. For example, within the framework of the Comprehensive Plan for the Modernization and Expansion of the Main Infrastructure, by 2025, the production capacity of Russian ports for cargo transshipment should increase to more than 1,3 billion tons. However, it should be remembered that the modern "sea gate", which "all flags" will really strive for, is far from the number of berths and the carrying capacity of cranes. The port itself does not mean much without the accompanying infrastructure — suitable high-capacity automobile and railway highways, relevant logistics hubs, complexes and terminals for cargo handling and storage. 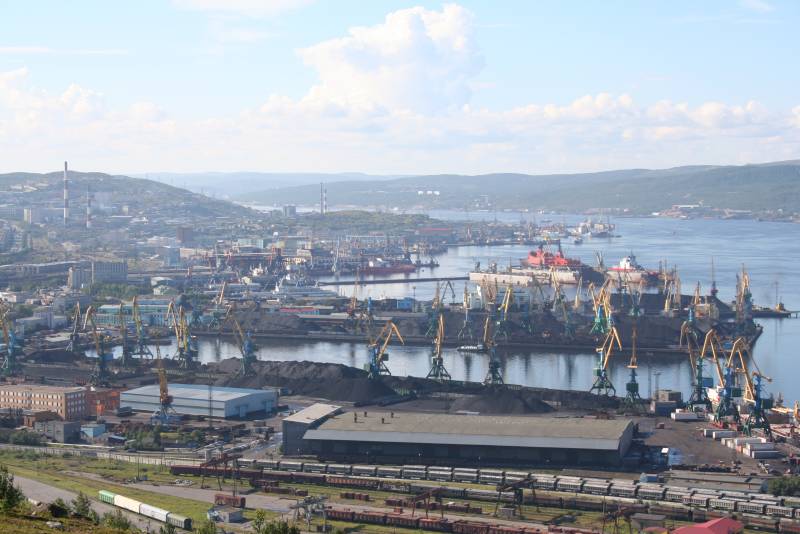 No less important is the issue of safety of navigation in the harbors themselves and when approaching them. Modern merchant ships are growing in size and draft, requiring port owners to make substantial investments in the appropriate modernization of both their water area and access channels to it. Dredging, arranging and creating appropriate berths and hydraulic structures is not cheap. Our country has every chance of extracting huge profits from its own geographical position, but you need to spend money on this.

What causes some concern is the focus of Russian ports on transshipment of, above all, domestic raw materials exports, the main place in which, as before, is occupied by energy carriers. In 2018, the volume of foreign trade of our country increased by more than a quarter, respectively, increased cargo turnover of the harbors, their profits and the ability to invest in improvement and modernization. However, we should not forget that the positive dynamics of that period was due primarily to rising energy prices on world markets. Today, the reverse process is evident - the price of oil tends to almost zero. When the situation normalizes, it's hard to say. Without a doubt, this situation will not contribute to the development of domestic ports. So, the issue of port diversification, their focus on increasing the percentage of transshipment of goods not related to oil and gas, is important.

In conclusion, it is worth noting that great prospects for this sector of the Russian transport industry lie in the areas of further development of the Northern Sea Route, the development of its infrastructure and the creation of transport corridors and logistics chains that can create real competition. The “flags” of all trading powers may well become frequent and welcome guests in the ports of Russia - if only they really will be ports that meet the increasing requirements and demands of the “mariners”.

Ctrl Enter
Noticed a mistake Highlight text and press. Ctrl + Enter
We are
Sniper craft basicsStrangulation: the context, conduct and consequences of the American naval blockade of China
61 comment
Information
Dear reader, to leave comments on the publication, you must to register.