Last Thanks to General Denikin 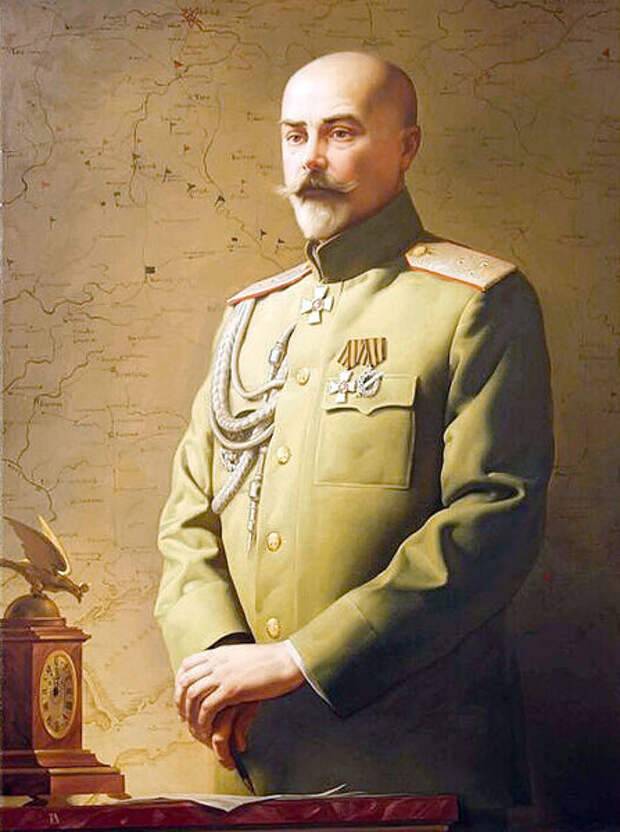 В stories many names. History stores the names of saints and villains, heroes and scoundrels, in history there are many things. But there is a separate cohort that stands apart. These are the so-called historically controversial individuals.


That is, those about which you can argue ad infinitum.

I will not give examples, since the person I want to talk about is himself such a person for many. Controversial.

Although for me personally there is no doubt what kind of person Anton Ivanovich Denikin was, for a long time. I will not impose my opinion on anyone, but for me, General Denikin is an example of how a person who is honest and sincere in his beliefs should live a life. Not for sale or for any good.

Let's leave the biography of Anton Ivanovich aside, anyone can get acquainted with it without our help. And we will focus on events related to the Great Patriotic War, the benefit of the event was more than significant and interesting.

It is no secret to anyone that General Denikin was not a supporter of Soviet Russia and participated in the Civil War on the side of the White Movement.

“My always sincere desire was for Russia to come to this by evolution rather than revolution” (A. I. Denikin).

But first, a small retreat, throwing us back during the Civil War. And I'll start it with one statement.

There is no direct evidence of this; Anton Ivanovich was a very politically correct person, but his actions testify in favor of my statement.

First, Denikin led a very delicate political game to replace the pro-German Cossack chieftain Peter Krasnov with the allied-oriented African Bogaevsky. We can say that the game was a success, and Krasnov left for Germany for citizenship, and later - to serve Hitler and get the rope from the Soviet court.

Secondly, more than strained relations with the hetman Pavel Skoropadsky, the creator of the somewhat awkward Ukrainian state. The Germans stood behind that Ukraine, and they did not like Denikin’s policy at all. Denikin deprived himself of the influx of both volunteers from Ukraine and German weapons. But - what has been done is done.

In general, Anton Ivanovich never considered the Germans, former adversaries, as allies. And he never agreed on this issue with Krasnov, who really wanted a German hand on his leash.

However, to each his own.

Was Denikin an enemy of Soviet power? Oh yeah! Intransigent and open.

“As before, and now I consider inevitable and necessary an armed struggle with the Bolsheviks until their complete defeat. Otherwise, not only Russia, but all of Europe will turn into ruins ”(A. I. Denikin).

Were Denikin an enemy of Russia? No.

Very clearly distinguishable line. Denikin hated the Bolsheviks and stood for the complete eradication of Soviet power by all available methods, except one. Anton Ivanovich simply was hindered by any attempt to intervene from without.

That is, the problem of the system in the country should have been solved only by Russians. Not British, not Germans, not French. Citizens of Russia, whatever it may be, an empire or a federation.

1933, Hitler came to power in Germany, for which, at that time, nationalist forces were already perfectly visible. The farther Germany strengthened, the more attention of the Russian emigration attracted this fact.

It is no secret that over the past 20+ years, not all emigrants have completely cooled down, many have revived the ideas of restoration. However, the development of the USSR made it clear that it was impossible or unrealistic to do this with internal forces.

Accordingly, one could only hope for external factors such as Great Britain or Germany.

Interestingly, Denikin initially arrived precisely in the stronghold of Russophobia, in Britain. But after Prime Minister Lord Curzon decided to use Denikin in negotiations with the Bolsheviks, Anton Ivanovich left the country. And he lived in Belgium, Hungary, France.

As soon as they started talking in Russian emigre circles that "Europe will help us", referring to Hitler's Germany, Denikin instantly reacted. And just as a combat general could have reacted, he beat the Germans in the fields of the First World War.

Yes, Anton Ivanovich could no longer fight, but from a military general he turned into a very advanced and respected writer and publicist. "Essays on Russian Troubles" is a very accurate and fairly stated point of view on what is happening in the country. And this is not Solzhenitsyn, this is Denikin. 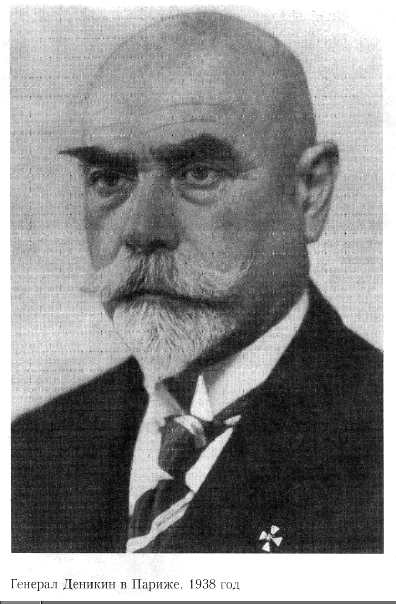 So, given the ability of Anton Ivanovich to “burn the hearts of people” with a verb, as well as the newspaper Volunteer, which appeared in Paris from 1936 to 1938 and where Denikin published his articles, we can say that the general made the best use of his potential in the upcoming war with the Germans.

And at the turn of 1937-39, a real split occurred among Russian emigrants. A fairly large number of prominent figures of the emigrant movement spoke out in every way to support any actions against the USSR, including the participation in hostilities against the Red Army.

It is clear that due to the absence of Pyotr Wrangel (who had died by then), the center of such a movement was General Pyotr Krasnov. Which was connected with Denikin fierce "friendship" since 1919. But Krasnov threw himself into Hitler’s arms, but Denikin’s reaction was very peculiar.

Anton Ivanovich began to speak out against the Nazis. Moreover, he began to prove the need for support by emigrants of the Red Army in the event of a war.

No, everything is fine, Denikin did not "change his shoes." According to his plans, it was the Red Army, defeating the Germans, that it would sweep the Bolsheviks out of Russia with a steel broom. Here, of course, the general was a little mistaken, but the result was very effective.

Emigration thought for a while.

In reality, Denikin’s weight in the exile environment was very, very. Perhaps someone could compete with him, but really from the military it was Peter Wrangel. The rest, excuse me, were smaller in caliber.

“It is impossible - they say alone - to defend Russia, undermining its forces by the overthrow of power ...
It is impossible, others say, to overthrow the Soviet regime without the participation of external forces, even those pursuing exciting goals ...
In a word, or the Bolshevik noose, or a foreign yoke.
I don’t accept either the loop or the yoke.
I believe and confess: the overthrow of Soviet power and the defense of Russia. "

An interesting position that Denikin outlined in his great work “World Events and the Russian Question” in 1939. He read it as a lecture and even published it as a separate book.

There were a majority of those who refused. Yes, the Cossack part of the emigration went after Krasnov to serve the Germans. Someone can be regretted, but these people themselves determined their fate.

Then there was the fight against the EMRO, the Russian All-Military Union, an organization that also planned to participate in the military struggle with the Soviet Union. In contrast to the EMRO, the “Union of Volunteers” was created, the main idea of ​​which was the work on “brain cleaning”. Perhaps you should not say who became the first head of the "Union"?

As a result, the ROVS as a combat structure in World War II did not take part, but its members fought on both sides of the front.

In general, the Germans appreciated the work against the Reich. And when France surrendered, Denikin had to go through many unpleasant minutes. Here and the arrest with the conclusion of his wife, and living under the supervision of the Gestapo, and the prohibition of a large number of articles and brochures in which the general spoke out against the Nazi idea of ​​the Germans. 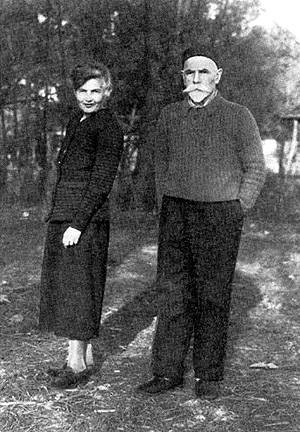 The Germans did not beat, well done. Could completely complicate the life of the general until its suppression, but did not. But in that case, Denikin would instantly become a symbol of resistance, completely unnecessary to the Germans, and have behind him an angry Russian White Guard emigration scattered throughout Europe, even considering the power of the Gestapo, whatever one may say, the hemorrhoids would be very large.

Not the most stupid part of emigration, as practice has shown.

How else? General Denikin, the smartest and most cultured person who could have done just as well as a word with a shell, and even a patriot, although emigration respected him in his own way, as a strong person should.

Yes, Denikin until his death remained an adversary of the Soviet system on the one hand, dreamed of overthrowing the Soviet regime, even by military means, but on the other hand, urged emigrants not to support Germany in the war with the USSR.

The slogan “Defense of Russia and the overthrow of Bolshevism”, which was preached by Anton Ivanovich, turned out to be very effective. And together with Denikin's dislike of the Germans ...

You can talk a lot about the fact that General Denikin was a controversial person. Although, in my opinion, he was not in dispute. He was just a person, a patriot of Russia, his own Russia. And, most importantly, what Denikin did was split emigration with his articles.

Just think and evaluate how many Brandenburgs and Nachtigales could be recruited and created from the White Guards?

And that would be serious: smart, educated, knowledgeable about the history and customs of the country, fluent in the language ...

The NKVD really would have to be hard.

But in real life, only Cossacks, who could not be taken seriously even then, went sort of like fighting. Well, chasing the partisans.

You can argue, you can express your opinion, you can not agree with mine. But such was my opinion that Anton Ivanovich Denikin, with his articles and speeches, deprived the Wehrmacht and Abwehr of many valuable employees. And those who nevertheless went to serve Hitler did not feel comfortable, because Mr. General was able to cover with a bend those who went to fight against his country.

Well, everyone has their own understanding of patriotism and service to the motherland.

My opinion is that during the Second World War, General Denikin did not just fulfill his duty, but did it as a true patriot. And his contribution to the victory was. And you have to be grateful for him.

Today, Anton Ivanovich Denikin does not care what they say and write about him. I think it’s enough just to stop considering him a “controversial person,” General Denikin did not argue with anyone. He just lived like a true patriot of his country lives. General Denikin lived his life in the name of his Russia so that God forbid everyone to live that way.

We are in Yandex Zen
Chernobyl notebook. Part of 3
"General's Council of Deputies" or as chosen by the Commander-in-Chief of Wrangel
291 comment
Information
Dear reader, to leave comments on the publication, you must to register.