Sweden, Belarus, Vietnam: how else can you fight COVID-19 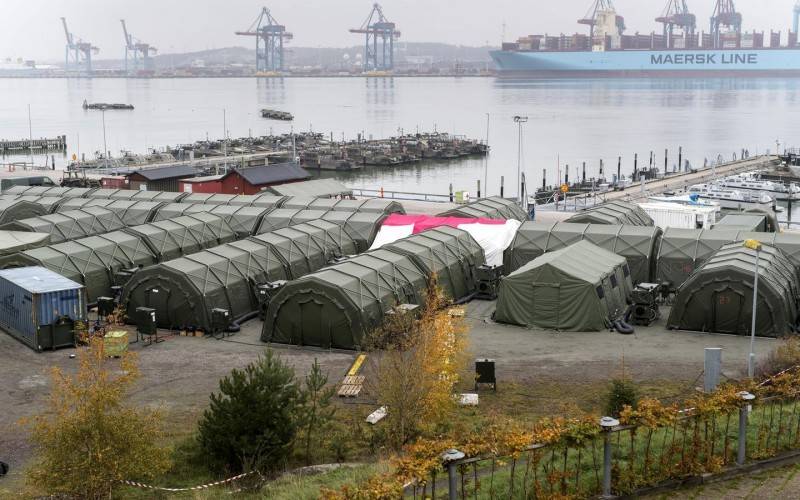 The large-scale deployment of field hospitals was tested in the exercises of the Swedish army in 2018. In particular, this is a photo of 2018 taken in Gothenburg. Similarly, these are now unfolding at every major infectious diseases hospital. Photo: www.gp.se

Subtle calculation with an unpredictable ending

The near future will decide which of the strategies to counter the coronavirus was the most effective, but now there are several countries that differ in a special approach in this matter.

In Europe, the inhabitants of Sweden are in an unusual situation, for which most quarantine measures are advisory in nature. In this northern country, schools with kindergartens were not even closed. Only high school students with students in the kingdom were transferred to distance learning. In the hope of Swedes' discipline, the government, together with the chief epidemiologist Anders Tegnell, recommended maintaining social distance and, if possible, switching to remote work. Cafes, restaurants, shopping centers, parks with squares are now filled with people, and without masks. It is strange to demand from the population not to go out, despite the fact that everything is open everywhere. Initially, only mass events gathering more than 500 people indoors were banned in Sweden. Now this number has been reduced to 50. There is one caveat: all measures have been developed by the Swedish Public Health Agency (Folkhälsomyndigheten), the cabinet cannot make any adjustments to their work. This is the specificity of the legislation of the kingdom: medical leaders here are independent of the state. 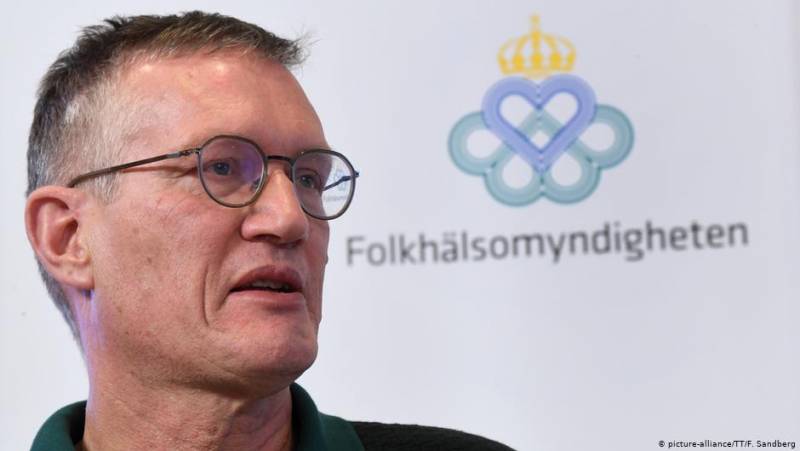 Anders Tegnell, chief epidemiologist in Sweden. Source: dw.com
Maintaining democratic principles at all costs creates “tolerant” conditions for the virus in Sweden. For example, if an infected COVID-19 is detected in a family, two-week quarantine is not mandatory for the rest. The government only asks not to attend work in this case. All anti-epidemiological measures taken by the Swedish medical authorities are based on the experience of eliminating outbreaks of SARS and Middle Eastern respiratory syndrome (MERS). And at the moment, according to Anders Tagnell, everything is going according to plan. The SARS-CoV-2 coronavirus infection rate (R index) is below unity, that is, one patient infects no more than one person. Now this index is approximately 0,85, which is a sign of a recession in the country. For comparison: in early April, R in Sweden was 1,3.

An unusual situation has developed with medical support in the army of the kingdom. When two field hospitals were deployed in Gothenburg and Stockholm, it turned out that the military had nothing left. Hospitals were previously handed out by compassionate Swedes to peacekeeping missions around the world and to the poor Baltic countries “suffering” from the Russian threat. That is, in the event of a serious jump in the number of infected, the army will not be able to help much.

Questions are also being raised by public support in the fight against COVID-19. Despite the fact that the government approves such soft measures, in fact it supports only 52% of the population. That is, in fact, society was divided into the issue of evaluating actions.

Naturally, in a situation where the world around is in complete isolation, and in Sweden is a kind of paradise, voices appear calling to follow the world experience. First of all, Anders Tegnell is accused of high mortality among the older generation, especially in nursing homes. Moreover, scientists are talking about the coming wave of mortality on such a scale that the average life expectancy in the kingdom will decrease by a couple of years. Naturally, this will happen due to the mass death of residents older than 65 years. Doctors point to the actual absence of specific treatment for sick elderly people. Those infected are left in nursing homes on the conscience of local doctors. In early May, Anders Tagnell officially acknowledged the insufficient attention given to the elderly by the health agency. It was this category that should first be isolated from contacts. However, the official pointed to the mortality rate in April 2020 compared to the same period last year - the figures were very close.

Opponents from among the country's scientists point to the experience of Iceland, Norway, Finland and Denmark, where they imposed strict quarantine from the beginning of March, closed schools, kindergartens and all public places. Norwegians even banned from leaving cities for summer cottages, hoping for a slowdown in the spread of infection to the periphery. Tegnell replies that soft Swedish measures are caused primarily by concern for the physical and mental health of citizens. If similar tough measures are introduced in the kingdom, then soon we won’t be able to deal with the epidemic, and we’ll get a pack of concomitant diseases. The main hope of the Swedish government is now for the rapid formation of collective immunity among the population and the subsequent decline in the number of infected. In the meantime, in early May in Sweden, nearly 23 thousand infected with COVID-19, of which only 1 thousand recovered, and more than 2,7 thousand died. It is worth remembering that in the kingdom, not everyone can be tested for COVID- 19 - the procedure is shown only to people with obvious symptoms, as well as in contact with infected coronavirus. Nevertheless, the growth rate of recent days says that a plateau phase has begun in the country.

Can this be explained by the high performance of the Tegnell team? Most likely, it is relative measures of quarantine that explain the very high mortality rate - about 12%. At the same time, the neighbors of the kingdom in early May demonstrate qualitatively different indicators: Denmark - less than 10 thousand infected, more than 7 thousand recovered and 493 deaths; Norway - 7884, 32 and 214, respectively; Finland - 5327, 3500 and 240, respectively. It seems that in the search for a golden mean of maintaining health and the economy in the kingdom, they have chosen the wrong path. However, the Swedes are not alone in their liberal know-how.

At first glance, the measures taken by Belarus are very similar to the approach of Sweden. There are also educational institutions, cafes, restaurants, cinemas and other public places. The football championship was never stopped - this, by the way, is an unprecedented step on a European scale. Lukashenko has not yet canceled the Victory Parade on May 9, and at the end of April held a nationwide subbotnik, dedicated to the 75th anniversary of the Victory. In fact, the authorities only limited themselves to a two-week quarantine for all visitors from abroad. Did Belarusians consult with Anders Tegnell? 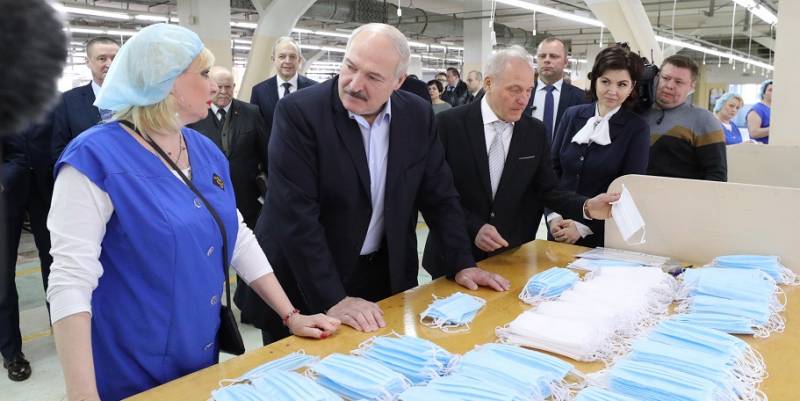 Belarus seems to be becoming a large platform for epidemiological experiments. Source: profil.ru
The main difference between our neighbor’s antivirus strategy and the Swedes’s actions is in fact denying the very fact of COVID-19's lethality. According to the leader of the country, the whole история with coronavirus is far-fetched and does not pose a particular threat to the health of the nation. Lukashenko’s main motive is concern for the economy of Belarus. Firstly, the shutdown of industrial enterprises will soon cause a financial collapse, since Belarusians do not have any airbags and never have. And secondly, it is obvious that the Belarusian leader wants to get out of this global crisis with the least losses, and perhaps with economic dividends. The countries around will be engaged in resuscitation of their own economy, and a healthy and efficient industry in Belarus can help. There are new markets and partial elimination of competitors.

Bottom line: at the beginning of May, almost 17,5 thousand people were infected in Belarus, of which a little more than a hundred died, and more than 3 thousand recovered. Is this statistic an indicator of the effectiveness of Lukashenka’s “special path” with respect to the coronavirus he does not see? Or are the nuances of counting guilty here? In any case, a large part of the population does not particularly trust simple recipes such as “50 gr. vodka and a bath ”and switch to independent isolation. Naturally, such spontaneous measures will not bring anything particularly useful.

In quarantine, Belarusians should learn from Vietnamese epidemiologists. 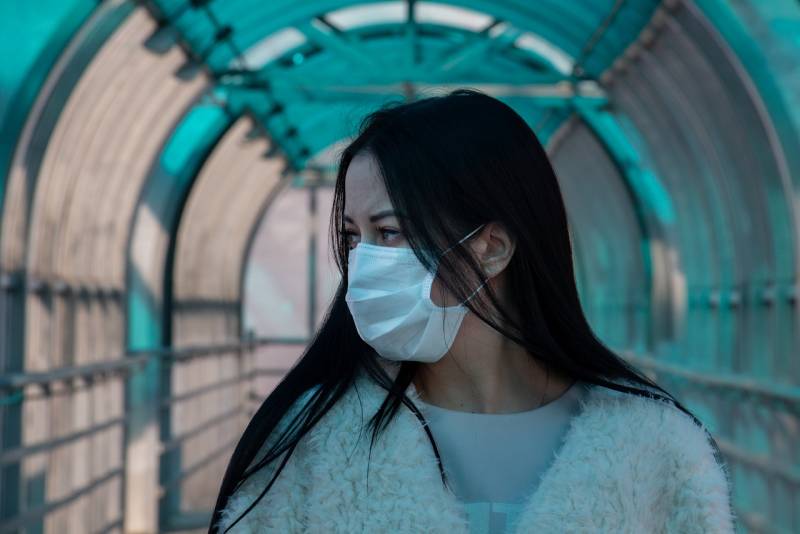 To begin with, there are still no coronavirus deaths in Vietnam! This despite the fact that the "zero patient" in the country was discovered on January 23, a few days after the medical service was fully prepared. In general, the hallmark of the work of the Vietnamese government was lightning speed. Quickly declared quarantine, quickly closed all schools and public catering facilities, quickly blocked the city of Vinfun with the infected. The police worked quickly when they found out the contacts of those infected throughout the country. And all - right away in strict isolation, almost under armed guard. But at the same time, not the richest country allowed itself to purchase expensive medical equipment in South Korea and provide virtually free food for all quarantined people. They worked hard with people who denied the scale of the global pandemic: several officials were even arrested. Experts argue that such efficiency is a result of proximity to China, which is regularly febrile with various epidemics. So neighbors have to be constantly on the alert. As a result, in Vietnam, 271 people have been ill with coronavirus all of the time, of whom 219 have already recovered; there are no deaths, as mentioned above. Now the country is slowly quitting quarantine (masks are still mandatory, groups of more than 20 people are prohibited), but they are in no hurry to resume full contacts with the outside world.

The spectacular strategy of Vietnam, unfortunately, is nowhere to be applied. COVID-19 has for the most part already spread across countries. Total isolation does not solve anything. One hope is for collective immunity according to the Swedish-Belarusian recipe. And when all the countries around Vietnam get similar, what will happen to its inhabitants?

Ctrl Enter
Noticed a mistake Highlight text and press. Ctrl + Enter
We are
Coronavirus COVID-19: threats, consequences, actionsMigrants go north. The specifics of the migration situation in Scandinavia
69 comments
Information
Dear reader, to leave comments on the publication, you must to register.