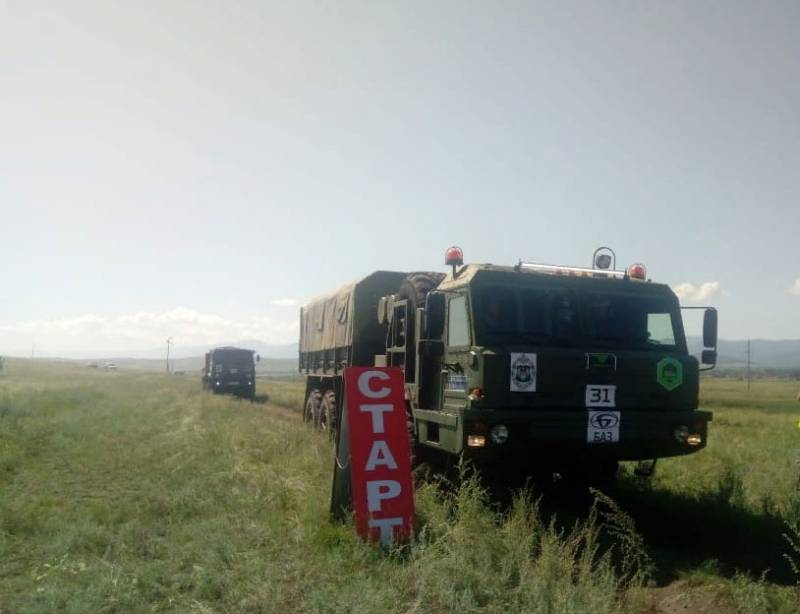 Since April, the newest S-350 Vityaz air defense systems began to enter the Armed Forces of the Russian Federation. One of the innovations for air defense systems is the use of chassis from Bryansk manufacturers. We are talking about an automotive platform created at the Bryansk Automobile Plant (BAZ). This is an enterprise that five years ago received an additional impetus for development, becoming a part of the Almaz-Antey concern.


For many years, the Bryansk Automobile Plant has been specializing in the creation of special wheeled chassis and tractors with a lifting capacity of up to 40 tons. If earlier BAZ’s products were mainly intended to meet the needs of the oil and gas industry, now it is turning into the basis for the latest and most promising missile systems.

Having decided to reduce its dependence on Belarusian manufacturers in the defense industry, the automobile chassis for air defense systems was chosen based on several key parameters.

The first of them is high traffic. Obviously, the wheeled chassis should ensure the movement of equipment even on those roads (or the term “directions” is better to use here), which can literally "put into a puddle" almost any other wheeled vehicle. Bryansk motorists provide axial load on all types of their special equipment no more than 10-12 tons. This is the key to the fact that the chassis can be used on all types of roads, up to a fairly blurred "primer". 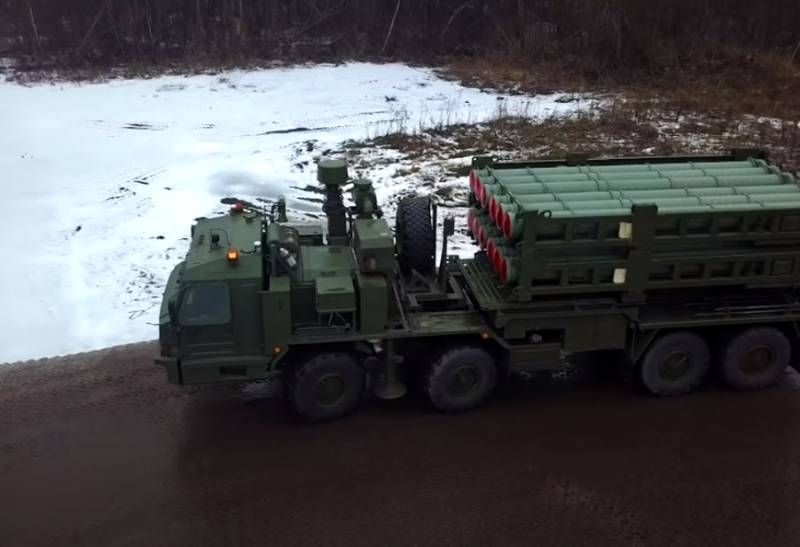 But the blurry “primer” is far from the only option of bad roads, where the BAZ can pass without any problems. Equipment with a load in the form of launchers of air defense systems or radar systems can be operated in desert areas and even the tundra.

And while participating in the International Army Games, the Bryansk BAZ carried out movement at incredible heights - over 4 km above sea level - in the mountains of the Caucasus.

The second important parameter is the proper load capacity.

One of the used auto platforms is the BAZ-69095 with a 6x6.1 wheel arrangement. This is how the manufacturer of the equipment defines it. This is a platform with an axle load of 11,5 tons. The machine is equipped with a 400 hp engine. and a mechanical 3-way dual-band gearbox YaMZ-2393-20. The total number of gears is 10 (1 rear). The BAZ-69095 suspension is an independent 2-torsion suspension with shock absorbers on each of the wheels. The capacity of the tanks is 625 liters. The gauge on the outer edges of the wheels is 2750 mm. The total height (excluding the open side hatch (hood) of engine maintenance) is 3080 mm. 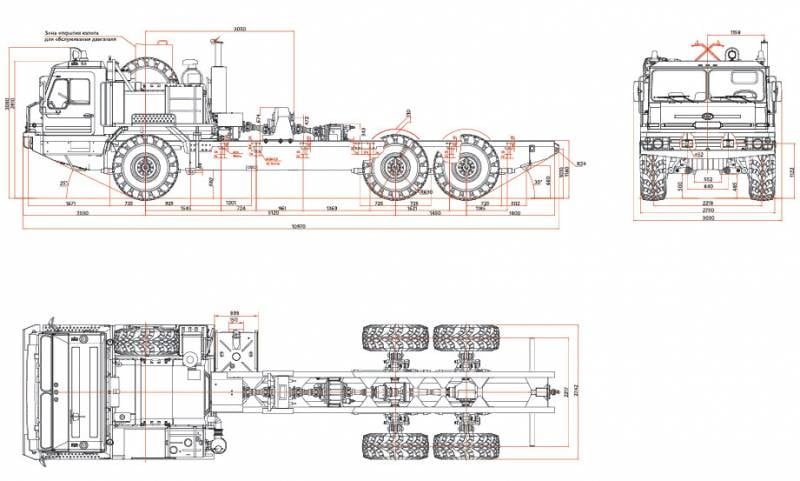 For the S-350 Vityaz air defense system, another wheel formula is used. The Bryansk Automobile Plant offers several 8x8 wheel configurations, including the BAZ-69098. In a civilian modification, this chassis is defined as a crane with a mass of mounted equipment of about 20,5 tons. The axle load corresponds to the BAZ-69095 version - 11,5 tons.

The speed in the column of the S-350 Vityaz complex is up to 60 km / h. Speed ​​is another parameter that was paid attention to when choosing a platform.

Another variant of special equipment with an 8x8 wheel formula is BAZ-690902. In this case, the mass of mounted attachments is already 26,8 tons with a total weight of about 44 tons.

It is important to note that the promising Russian anti-aircraft missile systems S-500 "Prometheus", according to the latest information, will also be installed on Bryansk wheeled chassis. These systems, which can also be attributed to the Russian missile defense shield, are planned for serial deliveries to the Armed Forces for the current year. It was previously noted that deliveries could begin in the second half of 2020.