The circumstances of the Soviet raid in northern Afghanistan in 1929 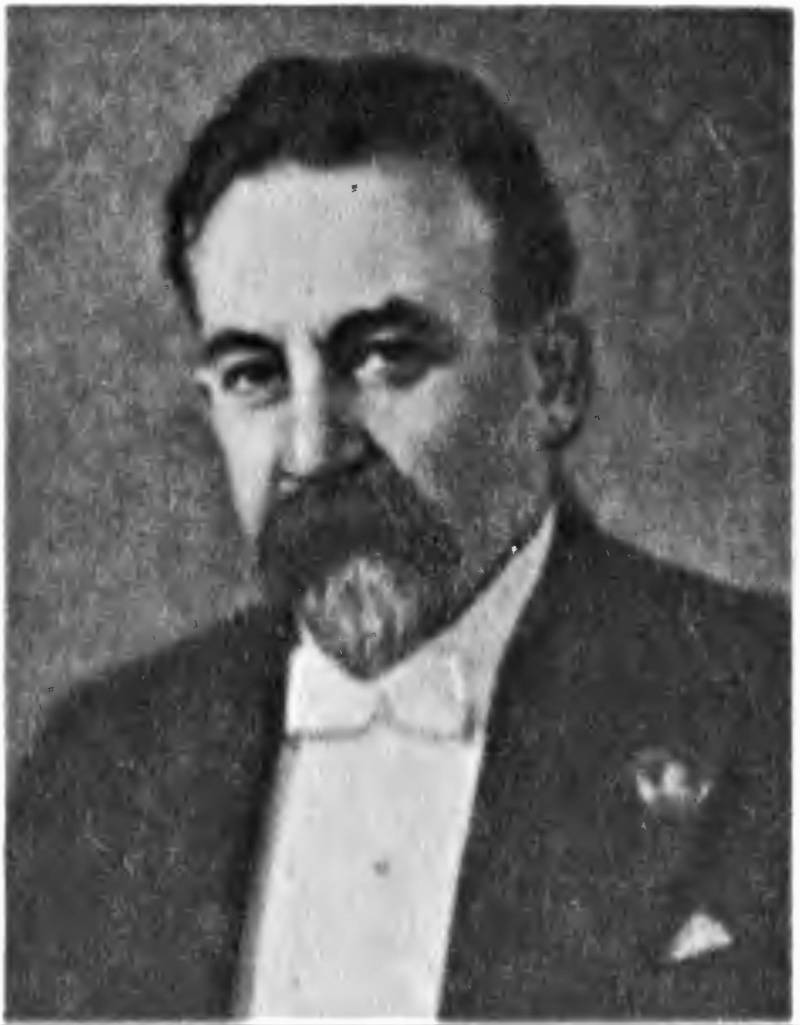 In 1919, Afghanistan became the first state with which the RSFSR established diplomatic relations and in which the first Soviet embassy was opened. It was headed by J. Z. Surits [1].

The first military attache of the Soviet state was also appointed here: in August 1919, B. N. Ivanov became him [2]. In December 1919, he was replaced by E. M. Ricks [3], who described the activities of his predecessor as follows:

“Military attaché B. Ivanov, despite all the difficulties, actively collected the necessary information in Kabul. At his disposal was a large sum of gold and silver. Subsequently, he recalled: “Such an amount (as in the document. - Yu.T.) gave me the opportunity to conduct reconnaissance, despite the special isolation measures taken against us. Soldiers (Afghan. - Yu.T.) fought which of them to go with me, because the guards received five from me, for which they allowed us to do anything ... ”[4].
However, not everything went as smoothly as B. Ivanov described. He asked the emir three times (Amanullah Khan. - P.G.) allow him to travel to the Pashtun tribal zone, but was refused every time. In October 1919, military advisers led by Ivanov were forced to leave Kabul, without having fulfilled their main task - the conclusion of a military treaty with Amanulla against England ”[5]. 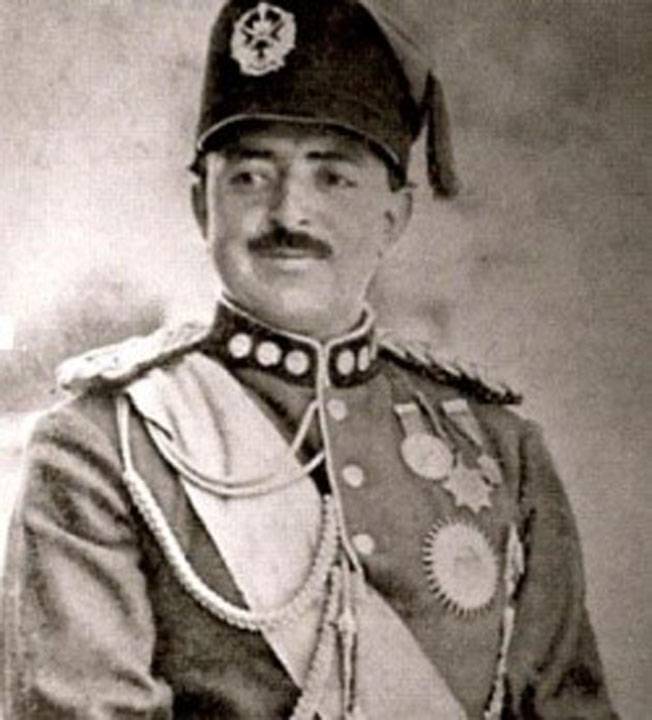 Amanullah Khan
Only in 1926 was Plenipotentiary L.N. Stark [6] signed the Pagman (summer residence of the Afghan kings) Treaty of Neutrality and Mutual Non-aggression [7].

The results of the 4th (intelligence) headquarters of the Red Army Headquarters for the Eastern countries by the end of the 20s can be judged by the report of the head of the 3rd (Information and Statistics) Division A.M. Nikonov [8] at a meeting of intelligence officers of military districts in 1927:

“Countries of the East. Huge material has been accumulated in these countries, which has only been partially processed and is constantly updated with new materials. Based on available materials, the countries of the East can be adequately covered ... ”[9].
A direct confirmation of the effective work of military intelligence at that time was the successful invasion of the territory of Afghanistan in April-May 1929 by Soviet troops to restore the throne in 1926, which became the king of Amanullah Khan, overthrown as a result of the anti-government uprising of 1928-1929. led by the "son of a water-carrier" Bachai-Sakao, which was supported by Great Britain. [10] 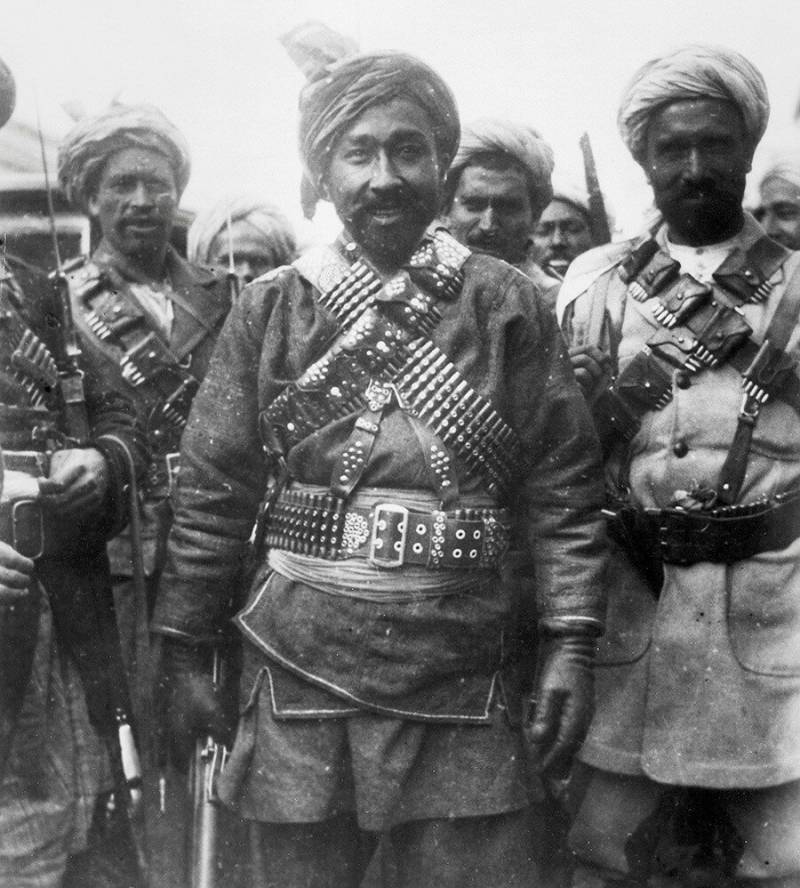 Bachai-Sakao
Y. Tikhonov writes about the reasons for the overthrow of Amanullah Khan:

“The Soviet military attaché in Kabul I. Rink [11] was ... straightforward when describing the causes of the rebellion in Afghanistan:“ Amanullah Khan’s self-confidence, his clumsy foreign policy, reassessment of his forces and insufficiently deep understanding of the driving forces of his country created an atmosphere in Afghanistan, which was the slightest push to cause an uprising in any region of southern Afghanistan. Almost all sections of the population turned out to be against Amanullah Khan and his reforms ”[12]” [13].

It is noteworthy that, returning in 1928 from a tour of European countries, "Amanullah went to the USSR from Turkey, accompanied by a representative of the Intelligence Agency, a former military attaché in Kabul Rink ..." [14].

The OGPU also recommended for the first time supporting Bachai-Sakao due to the fact that the agents of the Foreign Department of the OGPU (foreign intelligence) reported the precarious situation of Amanullah Khan. "Appearance in the local (Afghan. - P.G.) the Chekists took almost with optimism the political horizon of the figure from the bottom (Bachai Sakao). They even repeatedly proposed to recognize the new ruler and help him ”[15]. Soon, however, it became known that the Basmachis sided with the opponents of Amanullah Khan, whom the Kurbashi complained about good neighborly relations with the Soviet Union. [16] They had a chance in the future, with the support of the new Afghan authorities, to implement their plans to tear Turkestan from the USSR. [17]

V. Korgun writes that, making a decision on the invasion of Afghanistan, Stalin and the Soviet command intended to get ahead of the upcoming invasion of the Basmach detachments Ibrahim-bek [18] on Soviet territory and prevent the implementation of the plans of the Basmach leader, which envisaged the creation of Central Asia independent of Moscow from Turkestan . [19] However, as you can see, the basmachi in this game were on the sidelines. 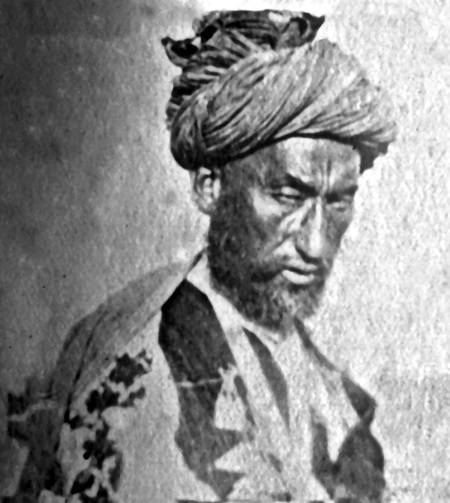 Ibrahim Bek
A detachment of Soviet troops disguised by the Afghans under the command of former military attache in Kabul, commander V. Primakov [20], acting under the guise of a Turkish officer Rakhim Bey [21], with support aviation On April 15, 1929, he invaded Termez into Afghanistan and occupied the cities of Mazar-i-Sharif, Balkh and Tash-Kurgan with battle: “The capture of Mazar-i-Sharif was so unexpected and sudden that the Afghan government only found out about it a week later” [22] . 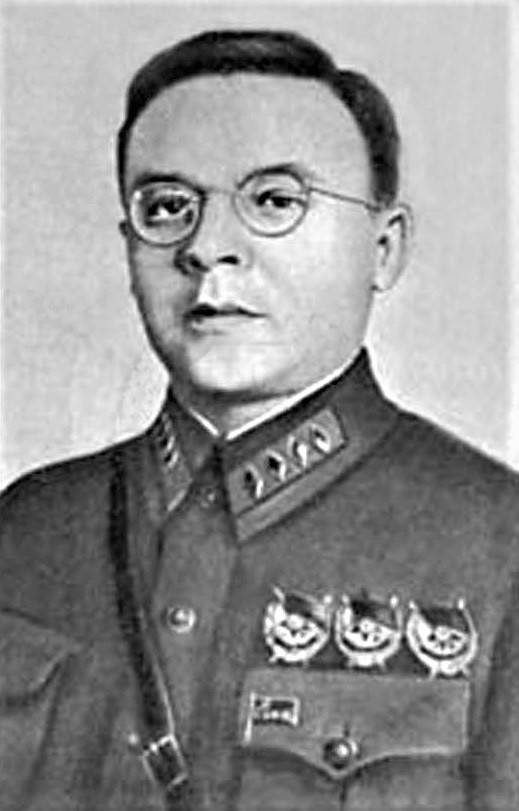 V.M. Primakov
In the second half of May, Primakov was recalled to Moscow, and the brigade commander A.I. assumed command of the detachment. Cherepanov [23], acting under the pseudonym Ali Avzal Khan [24]. 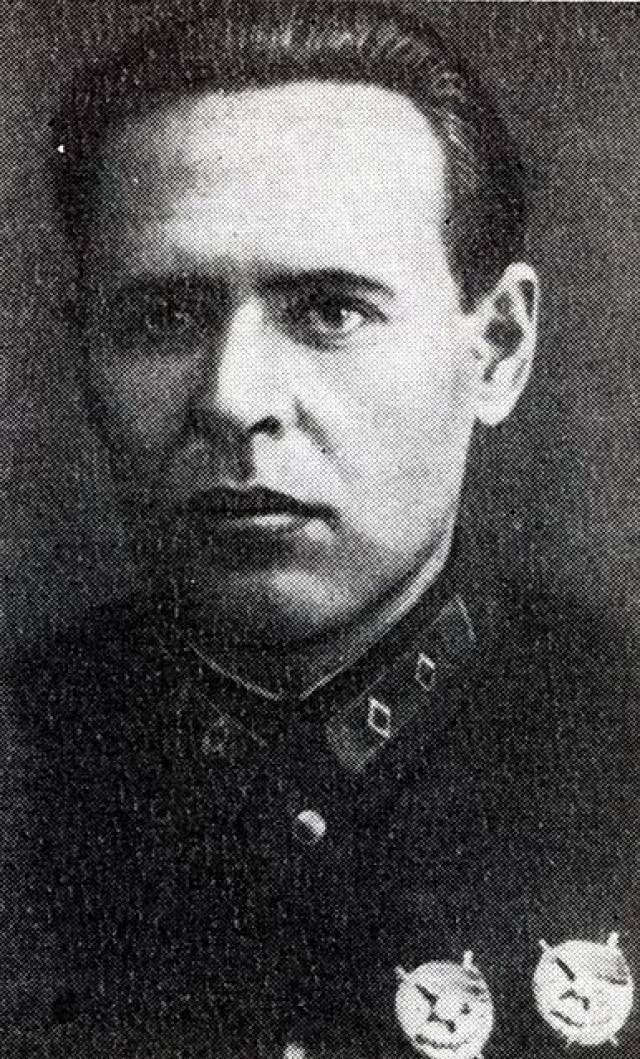 A. I. Cherepanov
On May 23, Amanullah Khan, deciding to end the struggle, left Afghanistan forever. Upon learning of this, Stalin immediately ordered the withdrawal of the Soviet contingent. In addition, “the British ultimatum influenced this decision. The MacDonald government [25], having received detailed reports on the actions of the Soviet detachment in northern Afghanistan, warned that if the USSR did not withdraw its units from Afghan territory, then it would also be forced to send troops into Afghanistan. The Kremlin, on the verge of restoring diplomatic relations with Great Britain [26], decided not to complicate the situation ”[27].

And the British themselves, according to Y. Tikhonov, did their best to keep “their” border tribes from helping Amanullah Khan, but this was mainly limited. Even Intelligence officers were forced to admit:

“The participation of England, objectively interested in the triumph of the Afghan reaction, can only be regarded as an auxiliary moment, concomitant with the goals of the feudal lords and the clergy” [28].
It is noteworthy that by that time the already well-known Colonel Lawrence of Arabia [29], to whom Primakov devoted several pages to his book “Afghanistan on Fire”, took the most active part here:

“Lawrence is one of the most famous and dangerous agents of British intelligence. <...>
This specialist in the establishment of royal houses in the East and in the organization of civil strife in Muslim countries ... again needed the secret service of the British General Staff and was called to India. The Afghan War of Independence [30] and the new situation on the northwestern border of India drew the attention of the English General Staff to the problem of Indian defense, to the possibility of organizing the invasion of the British armies in Soviet Turkestan.

The invaluable experience of Lawrence, a connoisseur of Muslim countries fluent in Arabic, Turkish and Persian, was necessary in this tangled knot of contradictions, which was tied to the northwestern border of India. <...>

Lawrence’s experienced hand ... made connections, and when the time came, these campaigning communications began to take effect: the mullah’s agitation fanned the fermentation in Afghanistan ... ”[31]. 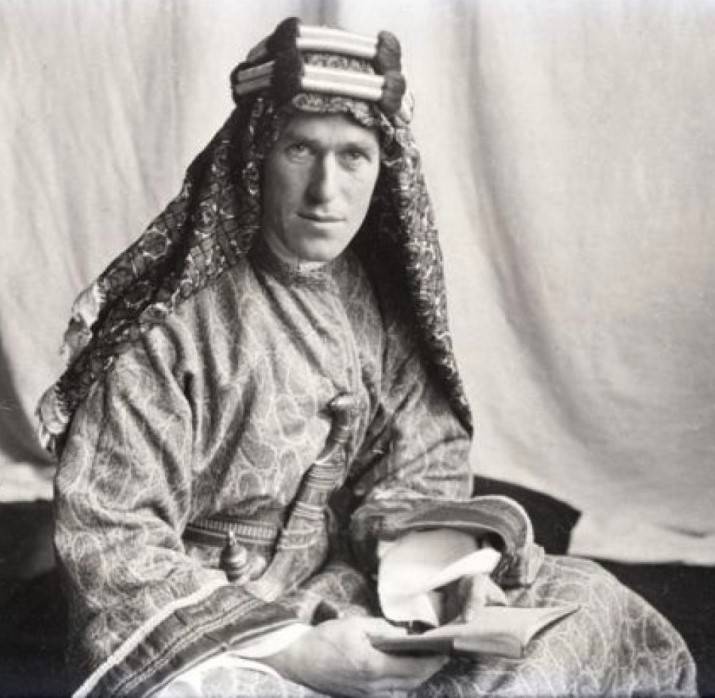 T.-E. Lawrence
In January 1929, Bachai-Sakao was proclaimed king of Afghanistan under the name Habibullah Ghazi. He abolished the progressive reforms of Amanullah Khan. However, after the entry of troops of Mohammed Nadir into Kabul in October 1929, Bachai-Sakao was ousted from the throne and executed on November 2, 1929. 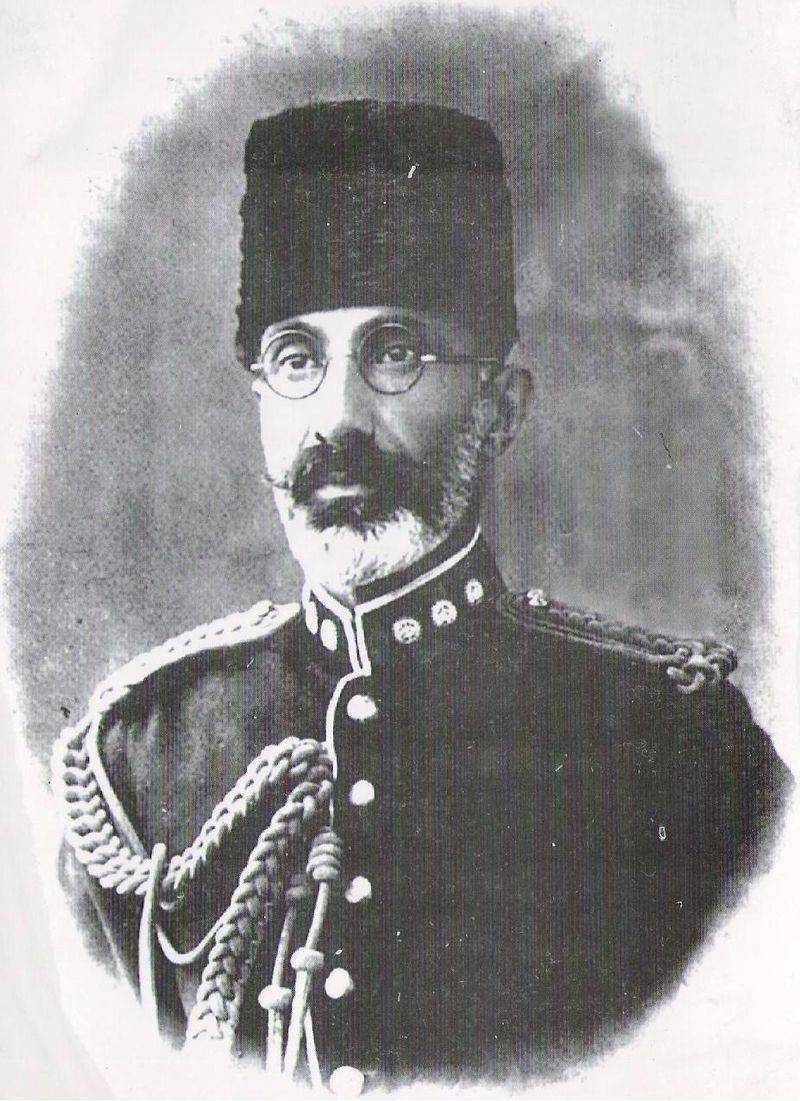 M. Nadir
After Nadir Shah came to power, a peculiar military-political cooperation developed between the USSR and Afghanistan, when the Afghan authorities turned a blind eye to the raids of Soviet armed groups in the northern regions of the country against the Basmachis [32]. “The defeat of the Basmach detachments in the northern provinces contributed to the strengthening of the power of Nadir Shah, who had support only in the Pashtun tribes that controlled the provinces south and southeast of the Hindu Kush” [33]. As a result, in 1931, the USSR concluded a new Treaty on Neutrality and Mutual Non-Aggression with Nadir Shah, which was extended until 1985 [34].

Thus, Soviet diplomacy and military intelligence in Afghanistan in the 1920s and 30s contributed to the establishment of a peaceful life and the strengthening of Soviet power in Central Asia.

Here we can draw an analogy with the current anti-terrorist struggle in Syria, that is, on the far approaches to the borders of Russia.

Ctrl Enter
Noticed a mistake Highlight text and press. Ctrl + Enter
We are
Chernobyl notebook. Part of 3Diplomats of the People's Commissariat of Defense: on the eve and during the war
39 comments
Information
Dear reader, to leave comments on the publication, you must to register.