The split in Donetsk? The Prime Minister of the DNI halved the minimum wage 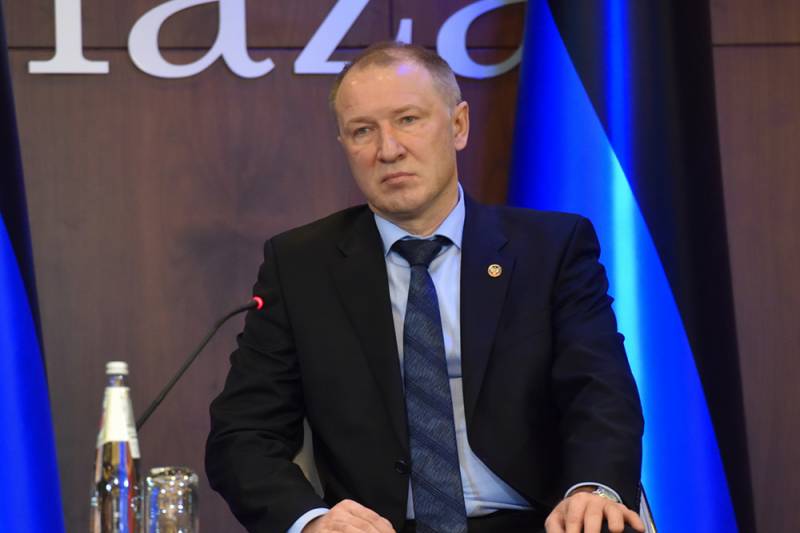 Failed to live in Rostov

At the end of last year, the head of the DPR Denis Pushilin announced a gradual increase in salaries in the republic to the Rostov level. Already on January 1, salaries of state employees and civil servants, as well as benefits and pensions increased by 20-30%. In February 2020, the government adopted a document, soon signed by Pushilin, setting the minimum wage in the republic at 6065 rubles. Similar measures were taken in the LPR, where the minimum wage reached 6064 rubles from January 1, 2020.

As a result, a complete surprise for the residents of the DPR was the appearance on January 1 of a number of republican media publications stating that on April 30, a meeting of the government of the republic, under which the minimum wage was “raised” to 3168 rubles, was held under the leadership of the chairman of the DPR government, Alexander Ananchenko, and the decision is valid retroactively - from April 1, 2020.

It is noteworthy that no such statements were made in the LPR. It is no secret that all financial and significant political decisions agreed upon with higher bodies are made in the DPR and LPR almost simultaneously. And if symmetrical measures are not announced in Lugansk in the near future, the unexpected “increase” in salaries in Donetsk will become even more surprising.

It is noteworthy that the Ministry of Information of the DPR, whose head, Igor Antipov, recently crucified that the republican media are not “toothless” and are not censored, but “exist in order to provide the inhabitants of our republic with true, reliable and very timely information ", Did not provide any explanatory information. That is, this, without a doubt, an extremely controversial and crucial decision for the entire population of the DPR was voiced in three lines, without further comment.

Maybe the reason is that on May 1, the Ministry of Information went entirely on a day off. Or it may be that this structure does not tend to show sanity or initiative, and it exists only for the transmission of information XNUMX times coordinated with high bosses that completely excludes personal responsibility. And here is such a dubious application! In general, the residents of the republic did not receive reliable and timely information. Instead, they will now have to be content with the speculation of Ukrainian propaganda, which has been actively trashing this informational occasion for the third day. It is worth noting that such a work of the Ministry of Information most deserves the characteristics of "wrecking".

What and why happened with salaries in the DPR from an official point of view, will it affect the salaries of state employees and civil servants, is it really a minimum wage or is there a mistake crept into the publication of crooked hand-held secretaries? The general public has yet to guess about this.

If in the near future it does not become clear that the discussion was not about the minimum wage, but, for example, about some technical details, we can only expect a similar statement from the LPR. And if it does not follow, the resolution signed by Prime Minister Ananchenko can be seen as a demarche against the current head of the republic. In principle, given the fact that many sources connect Ananchenko with the patron and main beneficiary of Vneshtorgservice CJSC - Ukrainian oligarch Sergey Kurchenko, such actions of the prime minister could be regarded as another round of tension between Pushilin’s office and the BTC (it’s no secret that relations are extremely strained, in addition, “VTS” lost the status of an exclusive exporter due to constant failure to fulfill obligations).

I don’t want to plunge into conspiracy theories (there will be enough home-made insiders that will fall on the audience as soon as countless bloggers return from barbecue), but such an application by Ananchenko cannot but affect the economic health of the whole republic, and therefore all options should be considered. However, even if there is no split in the government, the mere cutback in the “minimum wage” also cannot but worry.

Of course, I would like to believe that we are talking only about a technical error or a banal lack of mind in the Ministry of Information, which left this news No comments. However, the population of the DPR should closely monitor the situation.

Ctrl Enter
Noticed a mistake Highlight text and press. Ctrl + Enter
We are
Situational analysis of the death of the MH17 flight (Malaysian Boeing 777), made on the basis of engineering analysis from 15.08.2014Results of the week. “In our cooperative, the board is always agreed”
17 comments
Information
Dear reader, to leave comments on the publication, you must to register.