The Eleventh Commandment of Economic Killers 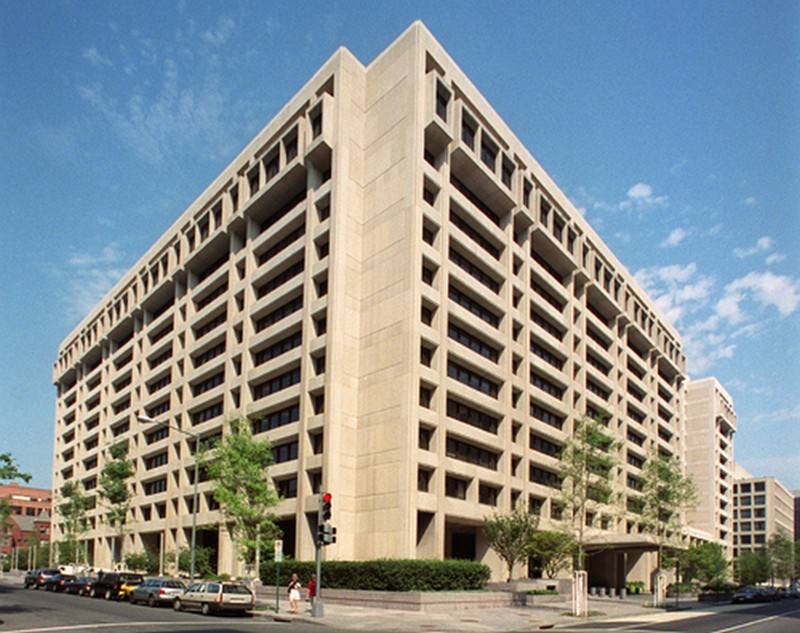 1. The economic bloc of the government is more likely to forgive attacks on nine out of ten demands of the Washington consensus than on one tenth of its revenues.

In the days a small scandal broke out in the ruling elite. The Central Bank asked the government to shut up academician Glazyev S. Yu. Nothing surprising happened: the minister violated the unwritten laws of the bureaucracy. Even as an assistant to the president, he could write in a scientific report that our money and finances were tossed about by people who went crazy at the Washington Consensus. Such scientific reports in bulk were issued back in Soviet times for various authorities. As a rule, they were not read by the authorities, but it was, as in one joke: “Having read a lecture, the professor understood what was being discussed.” The minister is forbidden to open the ins and outs of power to an unwritten code of conduct for bureaucracy. Although it is necessary to somehow speak out to the scientist. Moreover, the last economic discussion in our country was already in 1952, under the "totalitarian regime".

Glazyev was accused of proposing a tax on foreign exchange transactions. It immediately guarded me. Proposals for the introduction of new taxes and raising the old ones are now in the mainstream of the current government, and Glazyev has no legislative initiative. Then what is it about?

Therefore, I took the trouble to read the report on world chaos, and then his special opinion on the main directions of monetary policy as a member of the National Financial Council. Of course, he has his own concept of economic development, which still needs to be proved. But about the assertion that the Central Bank violates the requirements of the Constitution, it is impossible to object. Moreover, many economists are talking about this.

This scandal made me look again at the Washington Consensus, to which everyone refers. But I did not find a clear analysis of its implementation in our country. In world practice, perhaps only Strauss-Kahn, as director of the IMF, expressed doubt about its advisability for developing countries. But this was seen as sexual harassment, which buried him as a politician. Our leaders of credit and financial activities cannot have such harassment, and therefore they swear that they are doing it ... But back in the ⅩVI century it was said: “You want to catch the crests of the waves, and the seeds in the fields, and the wind of howling, in your heart women build trust. "

The Washington Consensus includes 10 points called the Ten Commandments of Economic Killers. But after comparing them with our practice, in fact, the eleventh commandment appears: Russia's economic policy is covered by false references to consensus and is in fact an outright robbery in the interests of a small group of individuals with the patronage of (temporary) foreign governments and corporations. Temporary patronage - consent to the appropriation by the intermediaries of the riches of Russia until it becomes profitable enough for their withdrawal in favor of the real owners. In the Glazyev report, this is shown quite convincingly and intelligibly. One example with Rusal would be to pause those who today consider themselves rich and expect to spend their lives in their beloved West.

When analyzing this consensus, it is primarily striking that these are mainly requirements for the country's authorities aimed at their practical elimination from economic management. One of them directly states: "Deregulation of the economy." But all the rest are aimed at very open regulation of the most important elements of the economy through financial-credit and foreign trade activities besides the state. This causes the country damage even more than the IMF and the World Bank require. So much so that the assumptions about high treason of high officials are justified.

1. The country's enterprises, which are characterized by seasonality of production and long distances, have lost the ability to at least partially lend to cost gaps and receive revenue from sales of products. This either inevitably leads to higher prices for raw materials and finished products, or simply makes production impossible.

2. Capital investments are always associated with a long cycle of sales and cost recovery. Therefore, the unavailability of loans has led to a sharp reduction in the real accumulation of the production apparatus, social facilities and housing, or to their unbearable rise in price. The rejection of the progressive taxation of income received in the form of dividends strengthens the tendency to reduce the accumulation of fixed capital.

3. The overestimated interest rate has led to the artificial permanent depreciation of the ruble. The fact is that the forward exchange rate (there are appropriate formulas for calculating) is determined by the ratio of interest rates in the countries of the respective currencies. Everything is very simple: 5,5 percent for the ruble and 0,25 percent for the Fed. Consequently, the depreciation of the ruble against the dollar will be at least (1 + 0,55) / (1 + 0,025) = 5,2%. Given the 10 percent share of imports, this will lead to an increase in prices for imported goods by at least 15,7%. So much for inflation targeting.

4. Given that the consensus stipulates the requirement of “eliminating restrictions on foreign direct investment”, we obtained the following result. Foreign direct investment is not the construction and supply of equipment and technologies. In the financial world, it is simply the purchase of enterprises or the establishment of control over them. According to the balance of payments, foreign direct investment in our country for 1995-2018 amounted to 645 billion dollars. This money brought the owners of the purchased Russian enterprises $ 620 billion. In order to receive such income in the West at a percentage of 0,25, you would need to invest 30-40 times more. Privatization is a cheap sale of expensive national property. But in the end, under the rule of foreign capital were the strategically important and most profitable resources of the country. From this we can draw conclusions about the income of foreign capital from the further implementation of the Washington Consensus requirement: “Privatization of state-owned enterprises and state property”.

The next three consensus requirements relate to the financial system, the activities of the Ministry of Finance. Of these three, only one is implemented - a deficit-free budget. But how and at what cost, the big question. The balance of the Central Bank constantly grows the remains of budget money: from 5.854 trillion rubles at the beginning of 2018 to 12 trillion at the beginning of this year. This money is enough to finance budget expenditures for about six months. Only then, where is the “airbag” and why is it not used in the context of the country's biological and economic crisis?

In consensus, there are additional requirements for spending policies: “Priority health education and infrastructure among public spending.” On this point, the complaints in society are great. Discontent is connected with two points.

First: the ubiquitous presence of intermediaries working more on their own pockets than on the business entrusted to them. Second: the actual refusal of the state to organize those spheres of social life where business and “paid services” cannot be allowed even for a cannon shot. This has been well demonstrated by the experience of combating the pandemic in relation to public health. But this also applies to education. Of course, robbery as a method of managing requires the education of illiterate slaves. But Bismarck also said that victory in the Franco-Prussian war was the merit of the Prussian teachers. And if they want to “align” students with the help of the USE, then it would be worth first to “level” the levels of teachers, at least in terms of pay.

You cannot buy knowledge and health - you can only buy a diploma, a place in a prestigious hospital and cemetery. One cannot be opposed to the participation of capital in healthcare, education, infrastructure, and culture. But this should not be a business aimed at profitability, but charity aimed at moral satisfaction from a contribution to the welfare of the country. By the way, I would like to know from the competent authorities: where did the founder of this collapse Mikhail Zurabov go? Already washed off?

The next consensus item: “Lower marginal tax rates.” This point is definitely not respected. Such a careless and illiterate tax system, as in Russia, is difficult to find. Moreover, it is based on the complete arbitrariness of the tax authorities in determining the tax base, up to the application of estimated indicators that allow numerous "near-tax" companies to profit.

The FTS in the country now controls almost all cash flows. The opportunity arose and the need arose to reform the tax system. The first thing to consider is the difference between direct and indirect taxes. Direct taxes are a deduction from the final incomes of the population and enterprises. They are understandable, transparent and allow us to predict their results and impact on the economy and society. Indirect taxes are those taxes that are passed on to the consumer of goods and services. Their impact on the economy and society is unpredictable. They lead to higher prices for final products and are therefore taxes on the poor.

When determining taxes, one must understand their impact on society, which has repeatedly led to revolutions. So Karl lost their lives in England, Louis and his wife in France, so the United States separated from England. On the eve of the French Revolution, in 1748, Montesquieu warned the authorities that you should not play with taxes:

“State revenues are that part of the property that every citizen gives to the state so that it provides the rest of it or enables it to pleasantly use it. In order to correctly determine the size of these incomes, one should keep in mind both the needs of the state and the needs of citizens. One should not deprive the people of what is really necessary in order to satisfy the imaginary needs of the state. The imaginary needs of the state are all that is required by the passions and weaknesses of those who manage: the charm of an unusual project, the painful thirst for vain glory and some impotence of reason before imagination. Often, the restless minds put by the sovereign at the head of the board believed that the needs of the state were the needs of their petty souls. No state issue requires such a wise and prudent consideration as the question of which part should be taken from citizens and which part should be left to them. State revenues should be measured not by what the people can give, but by what they should give. If they are measured by what he can give, then it is necessary at least so that he can always give it. ”
First, taxes can only be set in relation to income, and not to various calculated nonsense such as cadastral value. Secondly, there are two types of income: 1) from labor activity; 2) from ownership of property. Income from labor activity cannot be taxed at a rate of more than tithing, which even God claims to do, which for people does more than effective managers. But the income from ownership of property should be taxed not by justice, but by the laws of the economy. Profit should be divided in the capitalist world into three parts: 1) the need for the development of production; 2) the state for the implementation of infrastructure projects necessary, but disadvantageous for business; 3) for the consumption of the owners, but not for their strolling-depraved life.

We are in Yandex Zen
About Stalin and Khrushchev
What you didn't want to know about England
57 comments
Information
Dear reader, to leave comments on the publication, you must to register.