In the LPR, fifty miners have been underground for almost a week. 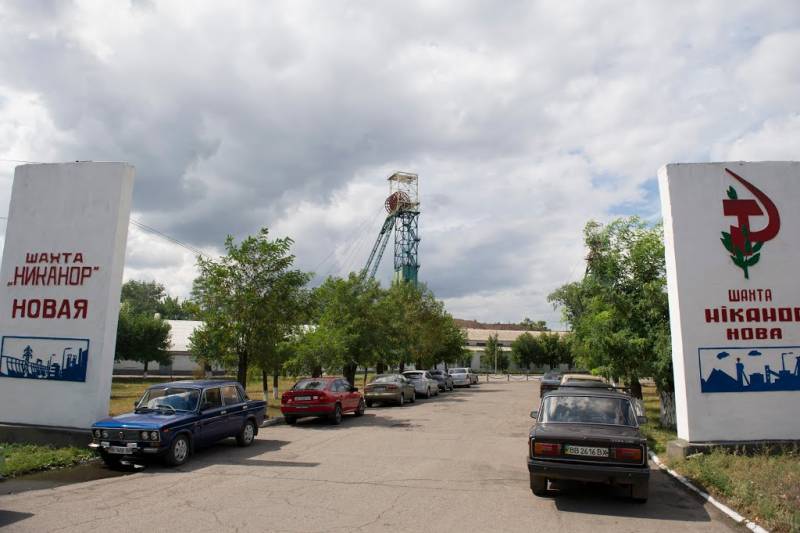 In Zorinsk, Perevalsky District (LNR), several dozens of employees at the Nikanor-Novaya mine, which belonged to the practically disbanded SUE LNR Tsentrugol, refuse to rise to the surface from April 27. Later, their colleagues joined them. The number of strikers now exceeds 50 people. Relatives bring water and food to the strikers. EMERCOM employees are constantly on duty at the facility, however, the miners are not going to stop the strike at the moment.

The demands of the miners are surprising. Initially, they stated that Centrugol owed them over 22 months of work, while the full amount of the debt corresponds to a six-month salary. It is not entirely clear why this situation developed: in other mines of LDNR, if there is any debt, it is much less, comparable with a 1-2-month rate. Moreover, if the mine department didn’t really pay the miner for six months, how did they survive and why did the decision to protest come only today?

Mine will be closed

Subsequently, it became clear that the Nikanor-Novaya mine during the reorganization of the LDNR coal industry was decided to be closed as unprofitable. According to the Lugansky Inside Telegram channel, the bulk of the enterprise’s employees have already been transferred to other facilities.

“Before that, the mine, apparently, was being prepared for closure: some people from the GROZE and drifters were taken to the Belorechenskaya mine of the Lugansk People's Democratic Republic of Tsentrugol mine, and a team of drifters were taken to the Mashchinskaya mine, the Lugansk mine of the Lug of Hungary Tsentrugol mine . Prior to the outbreak of armed conflict in 2014, 5 tunnel teams worked at the mine (each team has 5 links - 1 shift and 4 more links (2, 3 and 4 changes, one link goes to the weekend, this is the principle of work), now 1 shift works and only one team. On the mining site 1 and 2 shifts are working, the rest were taken to other mines ",
- the source reports.

On April 30, striking miners received a two-month salary - the promised severance pay. What is actually the amount of the debt, who and when will pay it, is still unknown. Curiously, on May 2, information appeared that the striking miners voiced a new demand - the preservation of the work of the enterprise. This, of course, is nonsense: no one will contain an unprofitable mine, which also left very few personnel.

This situation, like many others that Lugansk and Donetsk still have to face, is undoubtedly a difficult legacy of cooperation with CJSC Vneshtorgservice, which until recently was the only exporter of coal and metal produced in LDNR. First of all, on the profitability of mines: VTS has been repeatedly accused of a barbaric attitude towards objects entrusted to external control. Including savings on all possible items of expenses associated with the repair and modernization of equipment. Today it’s hard to assess what damage was caused to the coal industry by Vneshtorgservice, but even just looking at how the miners themselves were treated in the structure (debts on wages, alimony, vacation pay, a pension fund, etc.), it’s quite logical to assume that this damage was of a conceptual nature.

However, judging by the “vacuum” in official sources, “VTS” is not going to pay its debts, and in the republics they are seriously thinking about how to get out of an ugly situation now. It is clear that Lugansk and Donetsk simply don’t have money to “revive” unprofitable mines, they still have to close them. The question is where to get the money to pay all Vneshtorgservice debts to the miners, and probably not only them? How many more “surprises” do the local authorities expect from the former exporter and is there a chance to bring to justice the people who until recently controlled all the most profitable industrial facilities in the republics? Moreover, the answers to all these questions will most likely have to be sought, alas, not in Lugansk and not in Donetsk. And from this the situation, which was held hostage by both local officials and, even worse, ordinary workers, becomes even more complicated and confusing.

Ctrl Enter
Noticed a mistake Highlight text and press. Ctrl + Enter
We are
Thousands of LDN miners will be on the street?Situational analysis of the death of the MH17 flight (Malaysian Boeing 777), made on the basis of engineering analysis from 15.08.2014
4 comments
Information
Dear reader, to leave comments on the publication, you must to register.