Syria, May 2: new clashes between militants and government forces 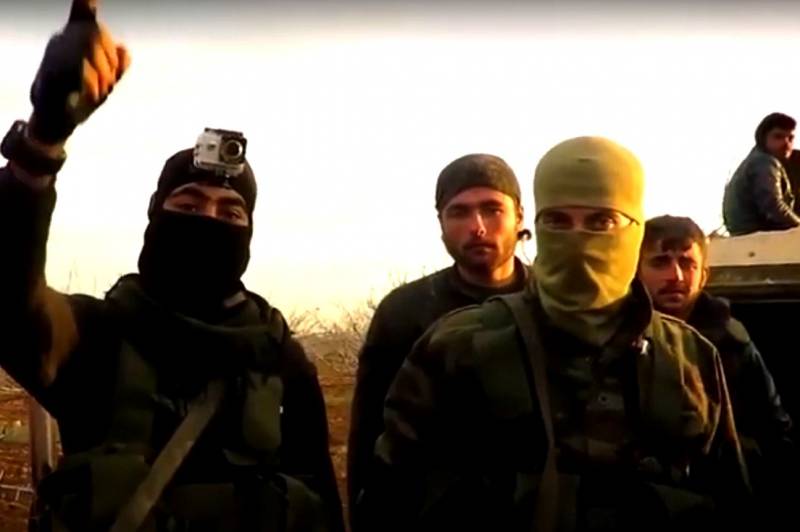 
According to Anadolu, Turkish intelligence services managed to detain the alleged organizers of the terrorist attack in Afghanistan. These are three people who participated in the activities of the Kurdish "Self-Defense Units."

Meanwhile, in the same province of Aleppo, a powerful explosion occurred in a gas cylinder warehouse in the city of Nubbol. Killed 5 people. Another 18 people received injuries of varying severity. The authorities do not exclude the possibility of a terrorist attack, although so far not a single group operating in the region has claimed responsibility for the explosion.

In the province of Homs, in turn, a warehouse exploded in which the ammunition of the Kataib Hezbollah organization was stored. Ten staff members were injured. The causes of the explosion have not yet been reported, but it is possible that it could have occurred as a result of an Israeli air strike, which regularly attack the positions of Hezbollah and other pro-Iranian groups on Syrian territory.

On the highway between the cities of Palmyra and Humeima, a bus was blown up in a mine, transporting Syrian Arab army troops. Six people died. Responsibility for the explosion took on the Islamic State group banned in Russia.

By the way, the militants of the IG (terrorist group. Banned in the Russian Federation), as we wrote earlier, have recently become very active in very different parts of Syria. For example, in the province of Deir ez-Zor, in the area of ​​the village of Al-Ezba, a car of Kurdish militias blew up on a mine installed by IS militants.

In the province of Daraa in the area of ​​the village of Kafr-Nasih, an IS officer was killed by IS fighters. The terrorists posted on their social networks a photograph of the official identity card of the deceased. In the province of Rakka, near the village of Markada, IS fighters fired on a patrol car of the Asayish security forces, resulting in one of the Kurdish militias being mortally wounded.

Apparently, it was the activation of the Islamic State in Syria that forced the US Air Force to deliver powerful blows to the clusters of bases of the Islamic State militants in tunnels in neighboring Iraq - in the Hamrin Mountains. After inflicted by American aviation strikes the territory was subjected to cleansing by Iraqi military personnel, who discovered a number of evidence of the presence of Ishilovites in this area.

According to numerous sources, the Israeli air force launched a missile strike on the province of Dara. Explosions were heard in the vicinity of the village of Bosra al-Sham. Information about the details of the attack is fragmented, but it is clear that, as usual, Israeli aviation delivered from Lebanon without violating Syrian airspace. So far, only material damage caused by an Israeli airstrike has been reported.

In the province of Idlib, as usual, shelling of government positions by militants of the Khayyat Tahrir al-Sham group banned in Russia continues. The facts of the shelling were recorded in the area of ​​the settlements of Serakib and Maaret Muhos.

In the province of Aleppo, in turn, the interests of various groups of the Turkish orientation, which are part of the Syrian National Army, again clashed. There was also a shoot-out between the militants of the “Syrian National Army Military Police” and the Ahrar Al-Sharky group.

Meanwhile, the militants of the pro-Turkish group "Sultan Suleiman Shah", also operating in the province of Aleppo, are engaged in a more important, from their point of view, business - levying taxes on civilians. In addition to the introduced “taxes”, they take away homes from local residents for their needs, literally throwing their inhabitants out into the street. It is unlikely that this behavior contributes to an increase in sympathy for the Turkish military administration among the population of the province.
Ctrl Enter

We are in Yandex Zen
Syria, April 29: IG activation in Deir ez-Zor
Reports from the militia of New Russia for 28 August 2014 of the year
15 comments
Information
Dear reader, to leave comments on the publication, you must to register.