On the completion of the repair of the Admiral Kuznetsov Tavkr: why the deadlines are being delayed 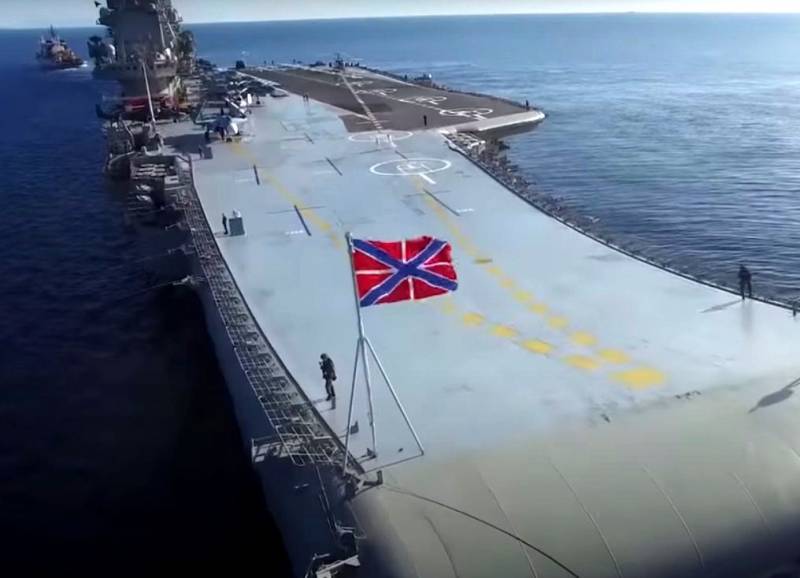 Repair of the only Russian aircraft carrier Admiral Kuznetsov is being delayed. This is due to certain reasons, among which technical difficulties are not the least.


Back in early April 2020, it became known that the repair of an aircraft carrier would not last until the summer, but until the end of 2022. This was reported to the press by the head of the United Shipbuilding Corporation (USC) Alexei Rakhmanov. The approximate figures of the damage that the ship suffered as a result of the fire also became known.

It is at least about 500 million rubles. At the same time, the head of USC said that such money, despite its unconditional impressiveness, is much lower than the total cost of an aircraft carrier, so the question of the existence of a ship is not worth it. It will be repaired, it may be necessary to pay extra somewhere, they can save some money, and at the same time they will carry out certain modernization works.

Recall that the fire on the aircraft carrier Admiral Kuznetsov occurred in December 2019. Even then, the ship was under repair in Murmansk. According to some reports, safety violations during welding work could lead to a fire. As a result of these violations, fire covered 500 square meters. m. area. After eliminating the fire and assessing the damage, it turned out that he had damaged electrical cables laid along the side of the ship. However, even so, these cables were subject to replacement. 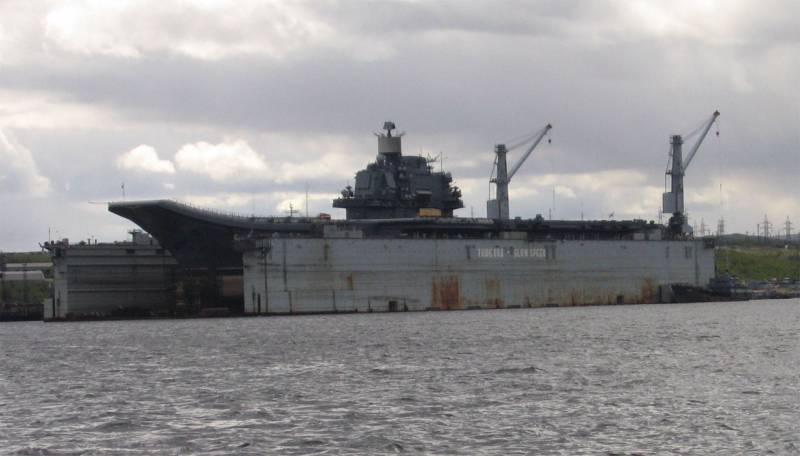 If we talk about time costs, the time to repair the damage, the representatives of the USC were estimated at about 8 months. However, why then did it come to the extension of repair work right up to the end of 2022? Moreover, we all perfectly understand: usually the most optimistic forecasts are officially voiced, so if they talk about the end of 2022, it is possible that the repair work may be delayed for some more time. Indeed, the economic situation in the country is not very good, and the pandemic is making adjustments to the work of entire sectors of the economy.

Repair of Admiral Kuznetsov should be carried out at the 35th shipyard in Murmansk, however, repair work is still ongoing here not on the ship itself, but on the dock, where the ship should be repaired. In addition, there were problems with the contractor company, which carries out these same repairs in the Murmansk dock.

The United Shipbuilding Corporation a year ago, in July 2019, signed a contract for 20 billion rubles with the company “Investments. Engineering Building". The contractor was supposed to complete the dock repair in 2020, while repair work was also ongoing on the ship. Then there was a fire.

As a result, the United Shipbuilding Corporation has claims against the contractor. After all, then the deadline for repairing the dock moved to 2021, respectively, and it was possible to repair the ship no earlier than in 2022. Now, given that the repair work on two docks at the 35th shipyard is seriously delayed, the question arises of the possibility completion of repair work at Admiral Kuznetsov, even by the announced date - by the end of 2022.

But what if the project for repairing the docks of the 35th plant was ready even before the fire at Admiral Kuznetsov. The length of the north dock is 187 m, the south - 236 m. The project proposed dismantling the wall between the docks and lengthening the north dock. The result would be a room of 236 × 63 m. This area is sufficient for docking large ships, such as cruisers, destroyers, nuclear submarines. But for the aircraft carrier Admiral Kuznetsov, a length of 305 meters is required, and if we talk about the stock, then 335 meters.

It is believed that repair work on the ship will be completed at best by 2023. At worst, repairs can last for many years. And then the only Russian aircraft carrier fleet will be able to get into operation only in the mid-2020s. And the reasons for this state of affairs are the lack of coordination of actions even in such a serious, strategically important area as the shipbuilding industry. All these issues could be solved much more quickly if there was greater centralization and tighter control over the solution of the tasks. After all, they were in the not-so-so-old domestic stories examples where in a few years it wasn’t that the ships were reanimated after the fire, and entire cities were restored after incredible destruction ...

Ctrl Enter
Noticed a mistake Highlight text and press. Ctrl + Enter
We are
Situational analysis of the death of the MH17 flight (Malaysian Boeing 777), made on the basis of engineering analysis from 15.08.2014Results of the week. "God forbid to see Russian revolt, senseless and merciless!"
79 comments
Information
Dear reader, to leave comments on the publication, you must to register.