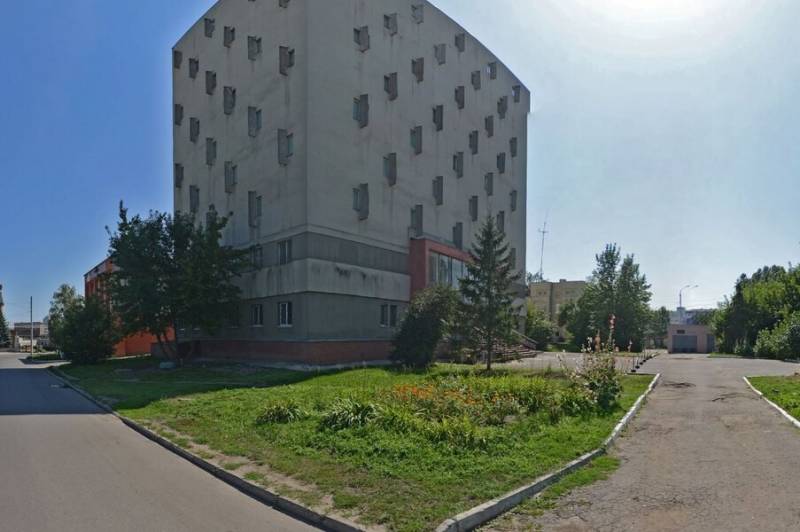 One of the institutions in the Penza region, where denunciations are kept in abundance

Meanwhile, a hermit in a dark cell
Here the terrible denunciation writes to you:
And you will not leave the court of the world,
How not to get away from God's judgment.
A.S. Pushkin. Boris Godunov

History and documents. Materials this cycle They aroused great interest in the reading public of VO, because, although the site gathered a lot of experts on everything and everything, they do not have access to the archives, especially the archives of the OK CPSU, and rely only on their own memory and what “the men said in smoking room. " And when it comes to the achievements of the Soviet era, for some reason everyone remembers free medicine, but no one talks about its quality. “Freebie, come” - this is how my students usually “mantled” before exams, that is, for our readers at the appropriate age, the main thing is that it should be free, and how it doesn’t matter. A person’s memory is imperfect, with age it tends to keep only the good, and the bad - to forget. So some readers of VO write that there were no epidemics in the USSR, that everyone (absolutely everyone!) Received emergency medical care, there were no drug addicts, and so on and so forth. But archival documents do not have mercy for the past. Notes, receipts, reports, reports are piling up in the archives, in a word there are a lot of things that allow a different look at the past. And since the readers of VO so loved the topic of free medicine in the USSR (which is understandable in the current epidemic), I went to the regional party archive of OFOPO GAPO and randomly took the 1963 document. It is called so: “Information on the status and measures to improve medical services in the cities and working villages of the region (Appendix to paragraph 17, etc. 7. Minutes of the meeting of the Bureau of the CPSU OK from 14.01 to 16.03.1963. F. 5893. Opt. 1 Unit 12. The Penza Industrial Regional Committee of the CPSU. Special Sector).

And then ... Further, it is hardly worth retelling this curious document, it is easier to rewrite it one to one. So, we read.

“From year to year the network of medical institutions is growing in the region. There are 27 hospitals with 3145 beds, 3 outpatient clinics, 3 dispensaries, 3 ambulance stations, 117 health centers at industrial enterprises, 16 feldsher-obstetric centers, 32 nurseries for 2210 beds, 2 children's homes for 160 beds and one children's sanatorium with 50 places ...
Over the past two years, a surgical hospital with 100 beds, a clinic at the city hospital No. 1, and a blood transfusion station have been built in Penza. A hospital with 150 beds was built in the city of Kuznetsk.

A total of 1427 doctors work in the region, of which 964 are doctors in cities and workers' settlements.

Most hospitals in the cities are provided with the latest equipment and instruments, the quality of patient care, and diagnostics have improved. The incidence of diphtheria, poliomyelitis, and gastrointestinal infections has markedly decreased.

However, despite the achievements, there are serious shortcomings in the work of the medical institutions of the city and workers' settlements.

Unplanned and ill-considered regional health department carries out repair and reconstruction of existing institutions. For the second year, the city hospital №3 is undergoing major repairs in Penza.

In the cities of the region, instead of 5.600 hospital beds, there are 3.145, and therefore hospital admissions are denied. So, in 1962 city and regional hospitals refused to hospitalize 6.457 patients, 4.471 of them due to lack of places.

Due to the fact that the regional neuropsychiatric hospital is designed for 1000 beds, and there are 1.300 patients in it, every day 300 patients sleep on the floor.

An acute shortage is felt in the cities in the nursery. Instead of 5000 places there are 2210. Currently, there are 7 thousand children who need to be identified in a nursery. Great need for child care facilities is available at the watchmaking, CAM, compressor, Penzmash, Penzkhimmash and other workers' factories.

There are 3700 women working in the regional communications department, but there are no childcare facilities here. In the trading organizations of the city of Penza there is a need for nurseries and kindergartens for 600 children.

The seven-year plan for the development of the national economy in the cities of Penza and Kuznetsk provides for the opening of five pharmacies in newly built residential buildings. However, not a single pharmacy has been opened in recent years.

In extremely difficult conditions, the central pharmacy warehouse operates, which is located in unsuitable rooms. Due to the lack of storage facilities, expensive equipment is stored in the yard.

Cancer prevention and treatment are poorly placed. Their number in the region is increasing. In 1962, 1824 cancer patients were again registered. In total, there are 5159 such patients in the region. Hospital beds for such patients are not enough, and the building of the oncological clinic is being built for the sixth year.

So far, such a social disease as sexually transmitted diseases has not been eliminated, of which 919 people are ill (of which urban - 699).

The percentage of injuries is high. In 1962, 60 thousand injuries were recorded in the region, of which 16 thousand were registered in the city of Penza alone.

In some hospitals, even the regional center there is an overshoot of patients.

Major shortcomings exist in the medical care of children. In kindergartens and kindergartens there is a large crowding, which causes an increased incidence. In 1962, compared with 1961, child mortality remains at the same level - 3,4 (in cities and towns of the region). The highest infant mortality rates are observed in the cities of Penza - 3,6, Kuznetsk - 3, 7, Kamenka - 3,6 (with a regional average of 2,9).

In 1962, a group of drug addicts was identified in the city of Penza (I can’t stop myself from “!” - Auth.), Which was facilitated by the former inspector of the regional health department Soskov and the doctor of the city hospital No. 3 Nefedova.

In January 1963, at the Penza Infectious Disease Hospital, Banina's nurse mistakenly introduced penicillin to another instead of one child, after which the child died instantly.

Pharmacies often lack the most popular medicines (for headaches, aspirin, vitamins, glucose, ammonia, etc.). There are no thermometers, syringes. While checking in the pharmacy No. 3 of the city of Penza, out of 688 prescriptions submitted from the population, 171 were refused, i.e. 25 percent.

Very poor medical care in factories. For example, at the SAM factory, where there is an equipped health center with a gynecological office, in 1962 a gynecologist carried out a reception only 16 times instead of the 50 prescribed. Since March 1961 there was no appointment with an ophthalmologist, and from May 1960 there was no appointment with a surgeon and otolaryngologist.

Clinical examination is carried out formally, its effectiveness is not studied, patients are not hospitalized in a timely manner. In 1962, due to temporary disability, 2,5 million working days were lost, which is equivalent to the fact that during the whole year 8 thousand workers did not work due to illness. Disability benefits paid for 1962 were 7 million 649 thousand rubles. In some cases, the incidence of temporary disability is artificially high. This can be found in the hospital number 1 of the city of Penza, N. Lomovskaya, Serdobsky hospitals.

From year to year, the sanitary condition of cities and workers' villages remains unsatisfactory. The streets are littered with snow, littered with paper, butts. Yards of houses are not cleaned.

Penza City Executive Committee in 1961-1962 He made a number of decisions on improving the sanitary condition in the city, but they are carried out extremely unsatisfactorily, since the city executive committee is not dealing with this issue every day, but campaigning.

Serious shortcomings in the work of medical institutions are evidenced by both letters and statements by workers. In total, in 1962, the regional health department received 817 complaints and proposals, of which 88, that is, 10,7 percent, were examined with violations of the established deadlines. ”

There was still more there, but I'm tired of typing it all. And without that, such "paradise" opened up that even though you run there in a time machine and enjoy all these delights of free medicine!

One would like to say: good regretted to the Soviet paradise, where everything was for the good of man!

He was already closing the folder when the eye habitually snatched out another report on the marriage at work. The Bureau of the OK CPSU reported (the same document, p. 322) that at the Penza diesel plant a complaint is received for every sixth diesel engine released, but the situation cannot be rectified!

Author:
Vyacheslav Shpakovsky
Articles from this series:
The newspaper "Pravda" of 1933 on fascism and fascists
Back to the Land of Soviets. Bra for a boy
Back to USSR. Information for Soviet children
Archival affairs: NKVD on peasants and Stakhanovites
Archival affairs. From “class alien” to “loss of party intuition”
Back to USSR. Mosaic of memory
By the wave of our memory