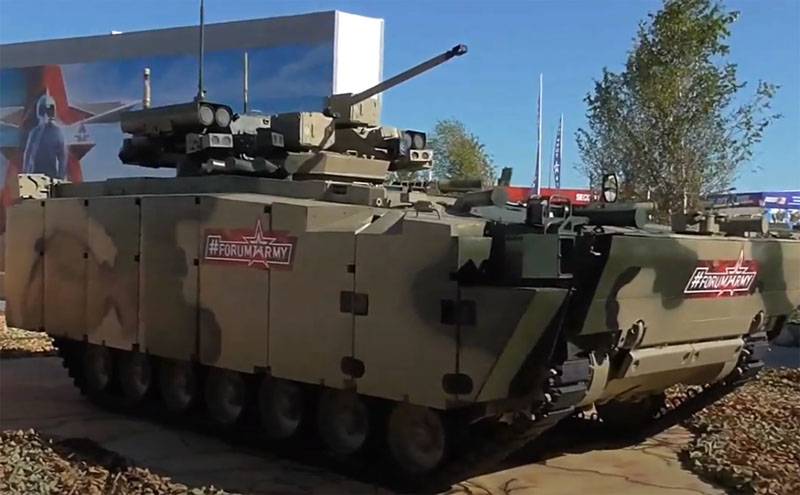 
The project of a new universal combat platform that appeared in the 2010s, on the basis of which in the future it was planned to create a whole family of armored vehicles, including infantry fighting vehicles, was received with a bang. The platform demonstrated at the Victory Parade in 2015, called the Kurganets-25, was supposed to replace the existing types of armored vehicles in the troops. It was planned that the modular principle will speed up and reduce the cost of production of equipment based on it, and a single base will greatly simplify the operation in the troops.

At the same time, the Ministry of Defense announced plans to adopt an infantry fighting vehicle, an airborne landing vehicle, a caterpillar armored personnel carrier and an anti-tank self-propelled gun with a 125-mm gun, which were gradually to replace Soviet-style equipment. 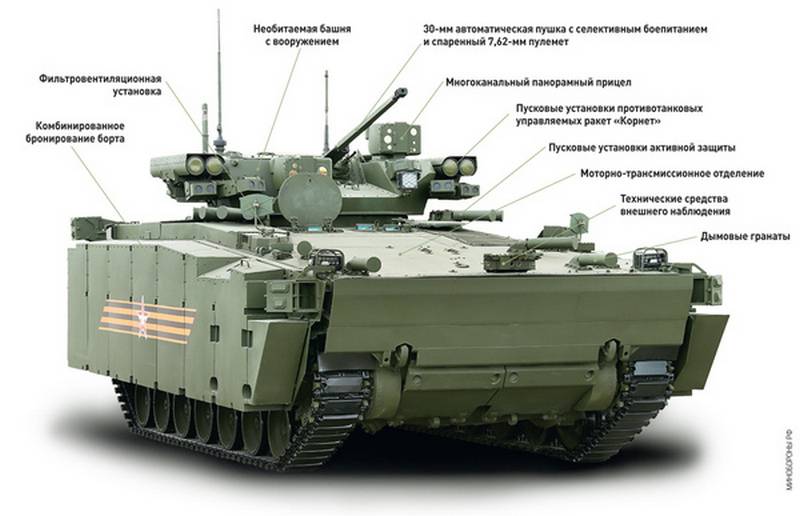 Further, in its report for 2017, Kurganmashzavod announced the order of the Ministry of Defense of an experimental batch of infantry fighting vehicles based on the Kurganets-25 platform for testing. Afterwards news about the platform periodically appeared in the media, reporting the continuation of the tests, the alleged appearance of the "Kurgan" in Syria and, finally, plans to complete the state tests. Already in February of this year, it became known that it was necessary to wait for the completion of state testing of the platform in 2022 and not earlier, and serial delivery would begin only after the decision of the Ministry of Defense.

What's wrong with this combat platform, why its tests dragged on for such a long time, because it was originally planned to take the Kurgan into service back in 2017.

Let's look at the available pros and cons of the combat platform, starting from the information we have regarding it.

So, what do we know: Kurganets-25 is a universal tracked platform. The engine-transmission compartment is located in front of the housing on the right. To unload the landing ramp is used with an additional door in it. The mass of the machine is 25-26 tons. There is a dynamic defense and a complex of active protection, ammunition and weapons are isolated. The crew consists of three people + eight landing. The maximum speed is 80 km / h on the highway and 10 km / h on the water. Engine power 800 hp

Of the significant advantages available, the following can be noted: improved protection of the crew and landing, compared to the "Soviet" BMP, consisting of its own armor, dynamic defense and the KAZ "Afganit" on the tower. Dynamic protection is also claimed to increase the BMP's buoyancy. A powerful engine and variable clearance allows you to overcome off-road and develop good speed on paved roads. Good maneuverability of the machine is also noted. The landing compartment with hanging seats and seat belts is comfortable and safe. 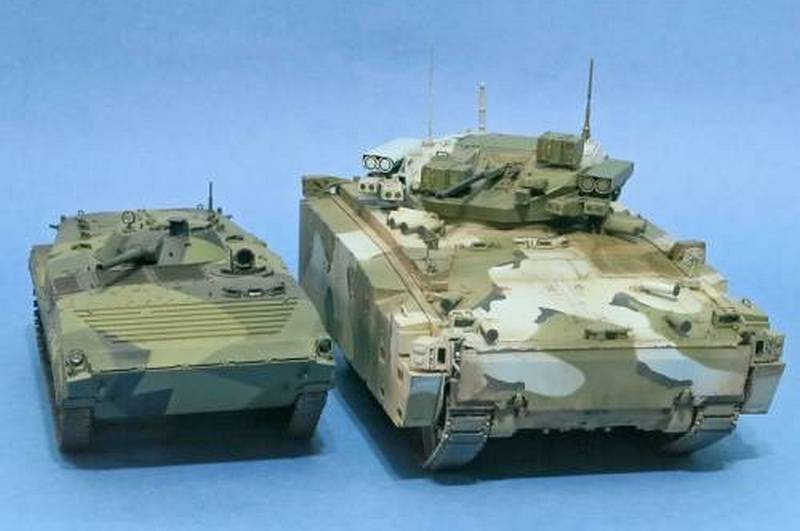 Of the minuses, we immediately note the dimensions of the Kurganets-25, significantly exceeding the dimensions of the "Soviet" infantry fighting vehicles. As previously written on the Web, the first BMP samples on the Kurganets platform returned from tests marked "too big a silhouette." The military, testing the platform, supposedly even gave it the name "grenade launcher's dream" (I can’t vouch for reliability, but there are many references). Another disadvantage is too weak armament: in the uninhabited module there is a 30-mm gun with a coaxial 7,62-mm machine gun and four ATGM “Cornet”. Ammunition is only 500 rounds for a gun and 1000 for a machine gun, which is too small for modern combat.

Most likely, the protracted tests are associated with the correction of the identified shortcomings of the combat vehicle and the possible replacement of weapons. Previously, it has been suggested more than once that the 30-mm automatic gun is too weak, especially since combat modules with a 57-mm gun have already been developed in Russia.

Ctrl Enter
Noticed a mistake Highlight text and press. Ctrl + Enter
We are
December 2010 years. Russian March. Senseless and merciless? Notes not a Russian personIn 5-10 years, Russia will be rejected in the stone age?
247 comments
Information
Dear reader, to leave comments on the publication, you must to register.