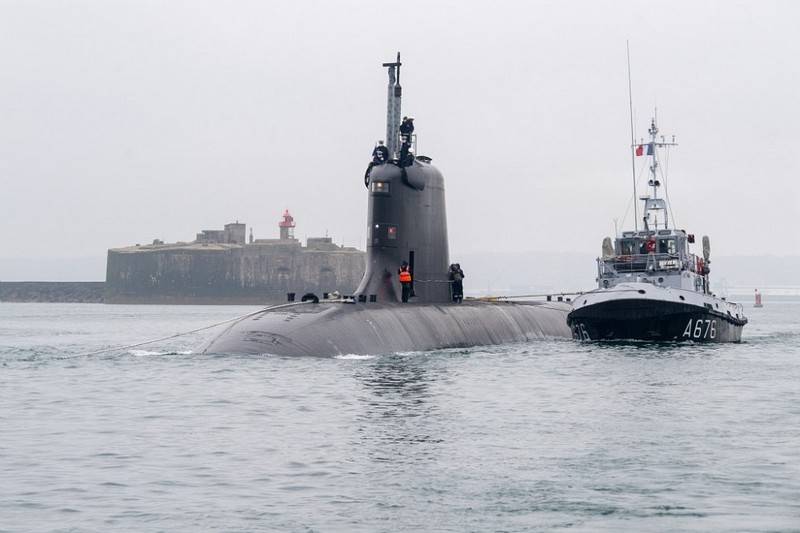 
The Suffren submarine left the shipyard in Cherbourg on April 27 and already on April 28 made the first test dive outside the shipyard. The first static submarine dive took place at the Naval Group shipyard in February of this year. At the end of summer and the beginning of autumn, tests of weapons systems are planned off the coast of Toulon.

Earlier it was reported that the submarine was supposed to go to factory sea trials in early March, but the exit was delayed due to quarantine introduced at the enterprise due to the coronavirus pandemic. According to the plans of the shipyard, the transfer of the submarine was supposed to take place this year, but at present the deadline is not discussed. Currently, the shipyard in Cherbourg at various stages of construction are four more submarines of this project.

The submarine, dubbed Suffren - in honor of the French admiral Suffren de Saint-Tropez - was built over 10 years. It was laid in December 2007, launched on July 12, 2019.

Submarines of this series are to replace in the French Navy obsolete Rubis-type submarines built between 1976 and 1993 a year.

The submarine's displacement is about 5300 T, the length is 99 m, the service life of a nuclear reactor reaches 10 years. Submarines will be armed with Scalp Naval and Exocet cruise missiles, as well as heavy Black Shark torpedoes.

We are in Yandex Zen
In Ukraine, the call for military service in the Armed Forces of Ukraine is suspended
The first French nuclear "Barracuda" began testing
33 comments
Information
Dear reader, to leave comments on the publication, you must to register.