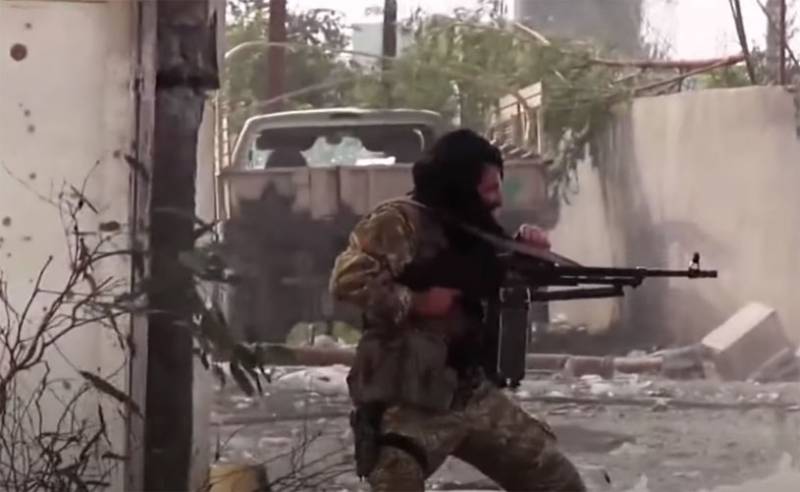 In Syria over the past day intensified the actions of Turkish and American troops. The situation was especially tense in the province of Aleppo, where a terrorist attack occurred in Afrin.


In the afternoon of April 28, a mined gas tank exploded in Afrin. The explosion occurred right at the market square of the city, so there were a lot of victims - more than 90 people, 43 of them died, and at least 47 were injured of varying severity.

The most severely injured were transferred for treatment to Turkey in Hatay province. Since the attack took place on the territory controlled by Turkish troops, the Turkish military command immediately suspected the Kurdish "Liberation Forces of Afrin" in his organization.

After the attack, the command of the Turkish army closed all the entrances and exits from Afrin. A man suspected of involvement in a terrorist attack was detained in Hatay province (Turkey). His data has not been disclosed.


Also, interestingly, in the city of Al-Bab, eight terrorists escaped from the Islamic State organization banned in Russia from the prison guarded by militants from the pro-Turkish Al-Khamza Division. This happened at least two days ago, but only now has the information become known to the media.

In the province of Rakka, near the village of Tel al-Saman, the car of the Syrian Democratic Forces was blown up. Four people in the car died. The terrorist attack immediately suspected the IG, whose cells operate in the region and oppose Kurdish formations from the SDF.

Militants of the IG (banned in Russia) intensified in the province of Deir ez-Zor. There was an explosion in the city of Muhaimid. Apparently, his goal was to eliminate one of the prominent commanders of the Kurdish "Syrian Democratic Forces" who oppose IS in this region. Also, IS fighters made a sortie not far from the American-controlled oil field, which seriously alarmed the American military command, for which the protection of exploited oil fields is one of the main goals of the military presence in the province of Deir ez-Zor.

After information about the militant sorties in the region, joint raids by the US Armed Forces and the Syrian Democratic Forces on patrolling the desert territory took place. In the area of ​​the Al-Omar field, helicopters of the Air Force of the international coalition headed by the United States advanced. They delivered military equipment, weapons and material support. U.S. Air Force attack helicopters raided militants.

Interestingly, in the same province of Deir-ez-Zor, the fighters of Liva al-Quds, a structure allied to the Guardian Corps of the Islamic Revolution of Iran, became victims of an attack by IS militants. Two fighters were shot dead during an attack by unknown fighters at the Liva al-Quds checkpoint, and five others were stolen by unknown men. It is possible that they will also be killed or will be killed in the near future. IG activation in the areas of Deir ez-Zor, controlled by the IRGC and Liva al-Quds, has been observed recently, and, interestingly, terrorists are hiding in territories controlled by the entire international coalition led by the United States.

Against the background of IS activization in Raqqa and Deir ez-Zor in the province of Idlib, a confrontation continues between the Hayat Tahrir al-Sham organization banned in Russia and Turkish forces. In the area of ​​the village of Maaret al-Nasan, the KHTS fighters with the help of construction equipment tried to destroy the fortifications erected by the Turkish military, and in the area of ​​the villages of Kansafra and Al-Fatyr, the KHTs clashed with the Syrian government forces.
Ctrl Enter