And yet thanks to Hollande for the Mistral 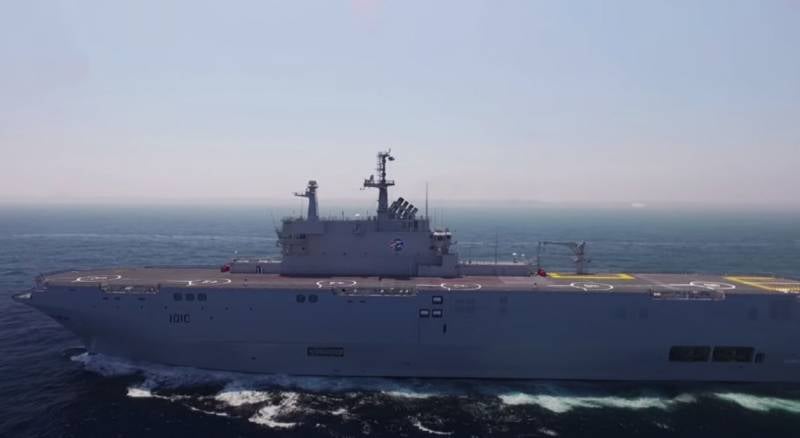 If it were not for the demarche of the French president Francois Hollande in 2014-2015, then today would be part of the Russian Navy fleet universal landing ships - helicopter carriers of the Mistral type. How many obscene words then Hollande addressed to him, how many accusations of aiding overseas interests.


However, after several years the situation is such that there are many people in the military environment of our country who are ready to some extent thank the then French president for refusing to transfer the Mistral and for the decision to return the money plus forfeit. It would seem sheer nonsense. Why thank the person who not only disrupted the contract, but also to a certain extent dealt a blow to the military-technical cooperation of the two countries? ..

But that’s the whole point. Staying in euphoria from visions about the possibilities of beneficial cooperation in the military-technical cooperation with the countries of the North Atlantic military bloc of Russia, you and I poured a tub of ice water on our heads. We woke up ... We woke up ... We realized that somewhere in terms of improving defense capabilities we turned the wrong way. And it’s good that they wandered close to this maze - they quickly found a way out (it’s the same entrance).

Indeed, billions of dollars of financing from a foreign (and even NATO) manufacturer of military equipment to the detriment of their own designers, developers, and industrial enterprises is, to put it mildly, a dubious decision. And if it weren’t for this pro-American brain and for some other Mr. Monsieur Hollande there, then our Navy would have these two Mistrals ... or these two Mistrals would have our Navy ... what the experts, as they say, have to to find out…

Instead of the French Mistral

What today? If Russia has UDCs in the coming years, it will be ships of its own production. Two helicopter carriers with a declared displacement of 23 thousand tons each were laid at the Zaliv Kerch plant. From the unambiguous advantages: their jobs, taxes to the Russian budget, the workload of the enterprise, independence from Western technology and political sentiment.

Are there any downsides? Perhaps they are the same ones that were during the frantic desire of the military department to acquire French-made helicopter carriers, due to become Vladivostok and Sevastopol. More precisely, these are not even minuses, but at least questions. Questions in the use of these warships, in that military tactics and strategy, where the UDC could play an important role.

By the way, the same issues today, as it turns out, arise in Egypt, which became the proud owner of the former Vladivostok and Sevastopol, with a flick of the hand of a ship painter who turned into Gamal Abdel Nasser and Anvar Sadat. 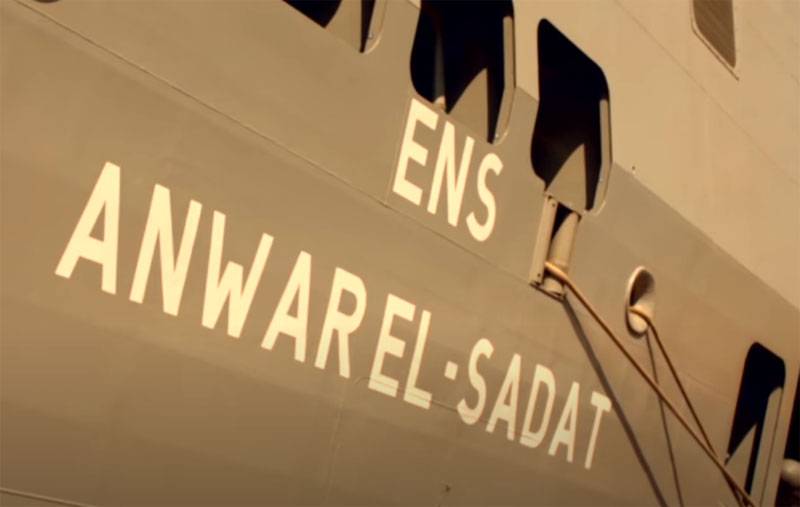 If initially the Egyptians with enthusiasm announced that their country was the first in the region to become the owner of universal landing ships, now exclamations of enthusiasm have diminished. The fact is that the two "Mistral" of the Egyptian Navy, allegedly, were going to be used for counter-terrorism operations in the Sinai - with landing and air support (attack helicopters deck aviation) But the terrorists, as the Egyptian command found out, for some reason did not want to wait for the arrival of "Gamal Abdel Nasser" and "Anwar Sadat" in the coastal zone, but strove to delve further into the desert.

Now, two helicopter carriers are increasingly in standby mode of participation in operations, as well as continuing to form an air wing, filling hangars for equipment with combat units in the form tanks, Armored personnel carriers and infantry fighting vehicles.

But where exactly will Egypt conduct operations with the participation of the Mistrals, judging by the long downtime of the UDC, he does not particularly understand yet. In this regard, helicopter carriers for Cairo are more expensive toys that "stand on a shelf" for decorative purposes.

It turns out that we really should say to Mr. Hollande thanks for the “Mistral” - for allowing me to come to my senses ...

Ctrl Enter
Noticed a mistake Highlight text and press. Ctrl + Enter
We are
About Stalin and KhrushchevWhat you didn't want to know about England
126 comments
Information
Dear reader, to leave comments on the publication, you must to register.