PMCs or not PMCs: the army of the future from libertarians 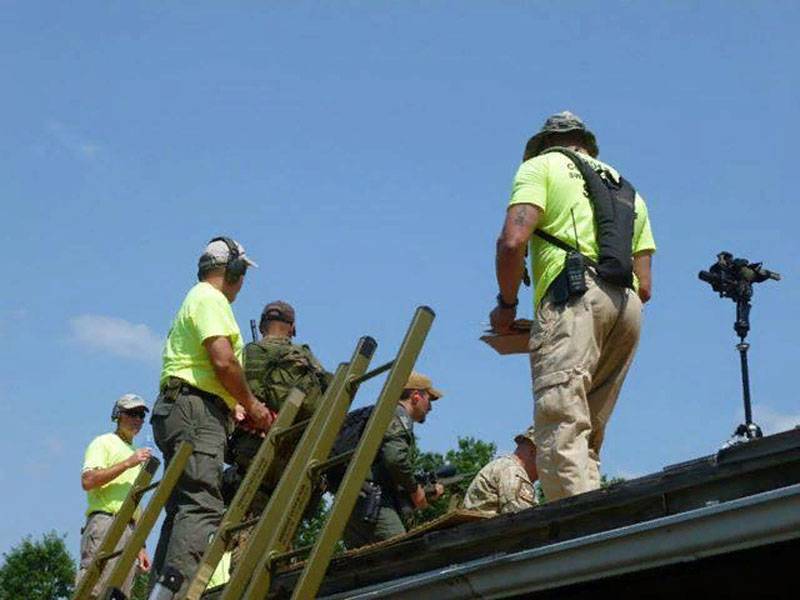 How tenacious our words are. Especially little-known and appeared in the vocabulary of most people recently. In particular, libertarianism. A beautiful word meaning freedom is the basic principle of human life. Freedom of choice, freedom of voluntary association of interests, freedom to live as one wants. Independence from the state ...


It’s too difficult for me to distinguish between this very libertarianism and the old “good” anarchy. Yes, and there was no reason for me until recently. Remember, for a little over a year, the future president of one neighboring territory called this very libertarianism his ideology and the ideology of the state, which he was going to lead. So what? Very little time passed, and already the president of this territory even forgot this word.

But our supporters of this idea remember. Moreover, they began to apply the principles of libertarianism in their conversations about the future. The future for which they are "ready to go on the chopping block." In the sense of a rally on the squares and streets of Russian cities. By the way, they even found examples of realizing this idea in real life. Volunteer fire brigades and units of the National Guard in Western countries and the USA! "People voluntarily unite and put out fires or eliminate the consequences of natural disasters and catastrophes."

Discussions that today the army as one of the instruments of the state has become obsolete have been going on for a long time. The army has become obsolete, according to some philosophers, in the 19th century. Then the army became obsolete in the 20th century. The tradition continues in the first quarter of the 21st century. “The army is a huge ulcer on the stomach of the state, in which a huge amount of funds necessary to improve the life of an ordinary person disappears” - remember the tirade? ..

Indeed, the cost of maintaining, training and arming the army for any state is a rather burdensome expense item. Moreover, army spending is constantly growing. They grow even when the army does not conduct military operations, but simply exists and is trained in the possession of military equipment and weapons. In the event of the outbreak of war, expenditures increase manifold.

But, many still remember and quote the statement of the Emperor Napoleon Bonaparte, though often confused about the authorship, about their own and someone else's army. "The people who do not want to feed their army will feed someone else's!" They remember it simply because our generation already has examples from life that confirm the correctness of Napoleon Bonaparte's thought. Tragic examples ...

Countries that paid little attention to their own army, which hoped to mobilize society in the event of war, quickly lost the war and lost part of their own territories, or even were occupied by foreign armies.

And vice versa, even small states that really cared about their own security, successfully opposed more powerful states, or served and serve as an excellent cold shower for hot heads of hawks from other countries.

Israel, surrounded by hostile countries, not only successfully opposes these countries, but also dictates the policy in the region itself. At the same time, it is hard to say that Israel is politically subordinate to its stronger allies, such as the United States or the EU countries. The Israelis perfectly embody the Russian proverb - "an affectionate calf sucks two queens."

North Korea does not wage war. Moreover, it does not have many types of modern weapons. But strong in fighting spirit, a fairly large army is able to scare any enemy. What we saw in the USA. The American "dog" ran around the fence, bounded the gate and ran on. Just because behind the fence it could have been bitten enough by a small North Korean trot ...

PMC - the prototype of the army of the future

So much has been written about private military companies both in our country and abroad that it would seem it's time to close the question. Legal PMCs are just private security companies that can perform the functions of protecting objects in the territories of other countries. The participation of PMCs in hostilities on someone else's side automatically puts them outside the law. That is why there are quite secret PMCs. There is a market for "gray geese", mercenaries, "soldiers of fortune". These are combatants who are not subject to laws and international treaties.

A misunderstanding of the very essence of PMCs and mercenarism has led to the fact that today the voices of those who see in PMCs the prototype of the army of the future are getting louder. It is good that even supporters of this idea have an understanding that ordinary, normal people will not voluntarily go to war. The number of those for whom war is becoming a way of life is not large enough.

Supporters of the idea call the voluntary nature of these companies the basis for PMCs to be the army. In principle, you can not argue with that. Indeed, in PMCs or in mercenaries go voluntarily. The reasons for this decision are not worth talking about. The man decided and decided.

But then a simple question arises. PMCs today exist due to the fact that they perform some tasks for money. This is a normal business. You pay, I do the work. Hence the inverse principle. No pay - no work. And the third principle. We carry out work with the one who pays more. And where is the state? Where is the motherland? Money as an incentive to do work ... 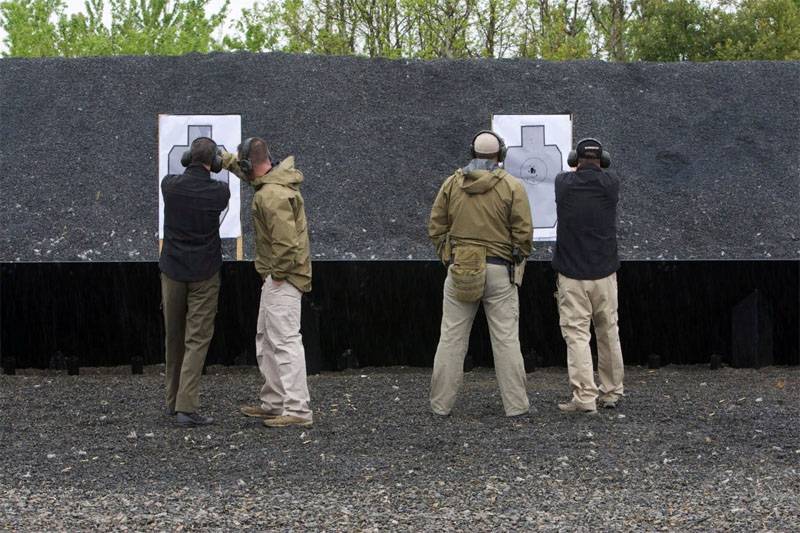 It turns out very badly for the supporters of the "new army". We taxpayers will have to pay PMC armies more than our adversary. At the same time, our “defenders” can quite legally go over to the side of the enemy simply because the salary there is higher. Nothing personal, just business.

The idea of ​​voluntarily uniting people to carry out the tasks of the country's defense is initially stupid. Outwardly, you can create a powerful army of those willing to serve. Moreover, you can train this army and make it really strong. But, you cannot make the army immortal! And the enemy cannot be made a gentleman who will shout “I'm coming at you” in advance.

Modern wars are started by professionals and finished by reservists. I'm talking about global wars. Where do we get reservists in the volunteer army? Volunteers serve. And those who do not want to serve will not approach the army for a cannon shot. And what is the result?

As a result, another "defense of Moscow in 1941". Dozens, maybe hundreds, thousands of militias who did not even have time to shoot in their first battle? Thousands of people who will deliberately go to die just because the fools with the shoulder straps of officers and generals decided that the army could win on its own? How many percent of the conscripted militias returned home after the war?

When it comes to the country's defense, you need to forget the buzzwords

Sometimes I feel ashamed of the degradation of our society. We are missing something in the education and upbringing of our youth. We agree that our children are dumber than us. "He will grow up, become smarter, then he will understand ...".

And if you don’t understand? After all, not all grow wiser with age. Moreover, as the bitter experience of the adjacent territory shows, age did not measure the mind at all. And all that has been suggested all his life is easily “washed away” by counter-propaganda based on base instincts and desires.

Have you noticed in which layer of our society the ideas most often arise, similar to the one about which I wrote above? This is youth! Moreover, those young people who today "see on the neck of their parents." Most often these are students. People who study today! People who are being taught today! Teaching people of the older generation. We learn!

What will happen tomorrow? And tomorrow, these are no longer students, but specialists, who will become leaders. Not those who are at the machine today and they have no time to think about the fate of the world, but those who are studying. Tomorrow it will be junior and middle managers. And the day after tomorrow? In 15-20 years, one of today's students will be a minister, governor, deputy. They will lead the country. And they will determine the domestic and foreign policies of our country.

I remember the expression of Kozma Prutkov. "Not every man even has a hussar uniform." Therefore, I believe that our task today is to educate those to whom the "hussar uniform" really suits. So that these people decide the fate of the Russian army.

And the "uniform" can be not only "hussar". Youth have many spheres of application of their strength. And everywhere there is a "uniform". As a familiar sniper training instructor once said: "Accuracy is the courtesy of snipers." It is necessary that all future leaders have their own "politeness".

Ctrl Enter
Noticed a mistake Highlight text and press. Ctrl + Enter
We are
The tragedy of the American army ("The Atlantic", USA)Bashar al-Assad: In Syria, not the “revolution” that the enemies are talking about, but the revolution of the army and the people against terrorists
39 comments
Information
Dear reader, to leave comments on the publication, you must to register.