The world is on the verge of a social explosion: will it still be 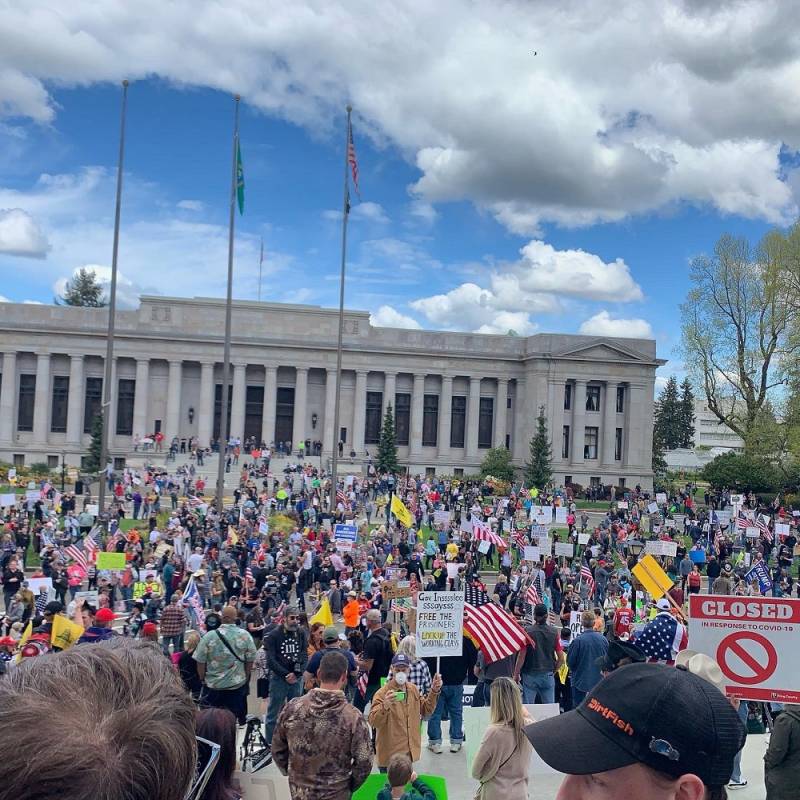 The COVID-19 pandemic, which has plunged the entire planet into an atmosphere of alarming uncertainty, is generating new fears and nightmares. For many people, the fear of contracting a disease that takes away thousands of lives every day, little by little, began to fade into the background of very real life problems, growing like a snowball with each new week spent under conditions caused by emergency. Cured of coronavirus, humanity runs the risk of a social explosion of unprecedented proportions.

Against harsh quarantine measures today are opposed in an increasing number of countries. Russia and the United States, Germany and Israel, India and France, Brazil and Ukraine ... People do not give a damn about prohibitions and their own security, go out into the street, demanding that they return to their normal lives. First of all, it is not about the desire to visit fitness clubs and restaurants, but about the most essential bread, which millions of able-bodied citizens around the world are deprived of the opportunity to earn today.

Savings deposited on a rainy day were consumed (by those who had them), and this very day, not only was it getting blacker, it also lasted for many months. Moreover, even after quarantine has ended, many workers will simply have nowhere to return. Companies and enterprises where they worked hard are already ruined and will not open after lifting restrictions. People who had a small but stable income now have lost their usual life prospects. In the best case, they are expected to retrain and move to a much harder and lower paid job or future in the form of a miserable existence for unemployment benefits.

However, will the states, whose economies and financial systems are bursting at the seams from a collapsed crisis, be able to provide at least minimal social payments to the victims of the pandemic? The big question ... In the United States, the number of people who have lost their jobs today approaches 35 million people, which brings unemployment closer to the scale of the Great Depression. According to senior adviser to the head of the White House, Kevin Hassett, every decade the country is losing 8,7 million jobs - the same amount that was lost during the 2008 recession.

It is difficult to say how serious the situation is in our country (there are no official statistics). However, Russia is under a double blow (the coronavirus pandemic and the collapse of world energy prices caused by it), and therefore there is no reason to be optimistic. The fall in real incomes of the absolute majority of the population seems to be a practically inevitable prospect. It would be nice if these incomes were at all ...

All the other “charms” that the disease brought with it and the breakdown of the usual way of life caused by it do not add rainbow moods to people. Coronavirus "paused" the usual, unrelated medical care: routine examinations, treatment courses, and even surgery. Without a fashionable hairstyle or manicure, because of the closed hairdressing and beauty salons, you can still somehow survive. But what do residents of those countries where dental clinics are closed due to quarantine do? But someone has more serious health problems that are now ordered to be forgotten. Such medical "emergency" can cause suffering for many, and in some cases cost lives.

It is not surprising that social tension is increasing all over the world. In the current situation, the differences between the countries “rich” and “poor”, “developed” and “backward” somehow erased - the coronavirus leveled many familiar concepts, it all came down to the number of infected and dead in a particular state. Accordingly, the problems of citizens of their absolute majority are approximately identical today: impending poverty, lack of clear prospects and complete uncertainty about tomorrow. Apparently, even more troubled times are approaching: according to UN estimates, in the second quarter of 2020, about 200 million people on Earth can lose their jobs. According to experts of the organization, first of all, employees of small and medium enterprises, self-employed and agricultural workers will be hit. Also, those who are associated with the tourism industry, tourism and culture will fall under a particularly severe blow.

But this again, for some, will not be the worst option. According to the Executive Director of the UN World Food Program, David Beasley, hunger is truly approaching humanity of a truly "biblical scale." Already this year, 350 million residents of the poorest countries, where the number of deaths will be in the tens, if not hundreds of thousands, may become its victims.

What can people driven to despair decide who will have absolutely nothing to lose? What scale of social disasters await us in the near future? It is impossible to give exact answers. One thing is clear: the COVID-19 pandemic, it seems, can only be the beginning of the trials that hit humanity.

Ctrl Enter
Noticed a mistake Highlight text and press. Ctrl + Enter
We are
About Stalin and KhrushchevWhat you didn't want to know about England
113 comments
Information
Dear reader, to leave comments on the publication, you must to register.